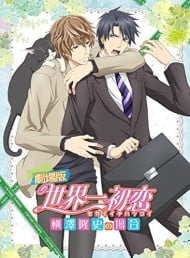 After the rejection of his first love Yokozawa Takafumi goes out drinking all by himself. The next morning he wakes up naked in a room with Kirishima Zen, the editor in chief of Japun, unaware of what transpired the previous night. As if handling the rejection from Takano Masamune wasn't bad enough, now he has to deal with the capricious Kirishima who uses his embarrassing pictures to blackmail him into going out with him.

I have wanted to see this movie since I first heard about it a year ago, and the wait was so very long... It isn't exactly necessary to see the series to really get what's going on as the movie is from Yokozawa's perspective and he was a side character in the original series that formed an irritating love triangle ... I say irritating because I used to curse his character out every single time he came on screen and got in Takano and Onodera's way!  I didn't like him at all! However ... I'm a yaoi / shounen-ai fan and there are so few anime in these genres that I'll take what I can get. I was more than willing to let Yokozawa attempt to win me over (even if I didn't think it was possible). I'm very happy to say though that my opinion of him changed. You get a little look into his own suffering of having lost in the battle for the one he loved. You get to see him trying to move past it all when Kirishima comes and shakes his world up and you start to see all that stress, that anger, that pain begin to melt away. All the while Yokozawa is oblivious to the fact that he is beginning to fall in love with the man who pulled him out of his funk while we get to watch amused at how the sparks fly between the two. The movie was only about an hour long but in that short amount of time I became a Yokozawa fan ... though to be more precise I actually became an avid fan of Yokozawa x Kirishima! xD So yes, the plot was very nicely put together (the fact that they were able to completely change my mind about a character that I once hated ... well that just goes to show how well done it was!). Animation wise it was the same as the original series. Nicely done. The characters are drawn in the same unique style as Sekaiichi and Junjou as they, of course, have the same creator. Soundtrack ... I have no complaints. Honestly, it wasn't my main focus. It wasn't spectacular but it wasn't horrendous either ... it did it's job. Characters ... I loved the characters! Never thought I'd say that about Yokozawa but there it is ... they did such a great job on his character! Kirishima probably could have had slightly more depth but I still loved his character despite that. Overall, I was pleasantly surprised! I really enjoyed this movie! It was short, sweet, and heartwarming! The only real problem I had by the end of it was that it made me miss the series all that much more ...

I'm absolutely in love with this story. Why? Because I hated yokozawa with a passion. The main couple in Sekai-ichi hatsukoi (takano masamune & Onodera Ritsu) have been in love since forever but because of a misunderstanding, they parted. Both of them coulnd't really get over it. Whereas Ritsu does not want to admit that he still loves masamune, masamune himself tries his very best to win Ritsu over again. In this process, yokozawa got hurt, because when masamune was depressed about the breakup with Ritsu, back when they were teens, yokozawa was there to pick up the pieces, falling in love with masamune along the way. Masamune never thought of yokozawa as anything more than friends, regardless of what happened between them, and this meant that yokozawa held in all of his feelings to be able to stay with masamune as a close friend. While this worked out for quite some time, at some point Ritsu just happened to get a job at the same exact place as Masamune. You can all guess what happens next, right? Masamune finds himself completely head over heels with Ritsu-chan. But Ritsu is still very troubled by the misunderstandig leading to their breakup. He is still very much in love with masamune, but he does not want to admit to it, because he does not want to get hurt again. While masamune isn't that afraid to get hurt, yokozawa is afraid for him. Therefore he acts very protecting of masamune, constantly acting harsh towards Ritsu. Before I had any background, I hated yokozawa because of this. Disturbing the greatest love ever known! *sobs in corner of the room* BUT, taking a closer look at yokozawa's story really does make you feel utterly sorry for him. He just fell in love with the wrong person, someone that he could never have. But even though he knew this deep inside of him, he still had hope that someday it would all work out. Pretty similair to how I would feel in the same situation I guess, but doing so only breaks your heart again and again.  So when Masaume finally tells him directly that there is no way in hell that he is going to give Ritsu up, and that he should stay out of his love life, Yokozawa is left heartbroken. Luckily, Kirishima-San shows up to pick up all the pieces. He takes him out to dinner, and goes out drinking with him every single day. Even taking yokozawa to his home to meet his daughter, enjoying home cooked meals together. While yokozawa hated this at first, after some time he had to admit to himself that he really did like spending time with kirishima. After seeing Masamune, he realized Kirhishima helped him to get over him. Ofcourse, what follows is a very cute confession, and there we are. A new sweet couple! While Yokozowa was shown to be nothing but a rude jerk in the story of Ritsu and Masamune, this movie definitely showed that he actually is a very nice sensitive guy. Seeing him act like a total uke, blushing like crazy, actually made me fall for him pretty hard! So yes, this story definitely deserves all 10 points. Now for the animation, there's not much to tell. It's the same as in Junjou Romantica and Sekai-ichi hatsukoi Onodera Ritsu no baai. It's true to the style in the manga, and the animation of the feelings of the charaters is superb, like always. No complaints whatsoever! (I want mooooooore though, seriously) Just like the animation, the sound is great too. The voice actors chosen for the rolls are simply amazing. They just fit. And the music is the same as in the other Sekai-ichi hatsukoi animations I've seen. I think the music is pretty important because it really brings out the moments so much more. At this point, when hearing a particular soundtrack, I get all excited because I know something good is comming. Now that's what I call good music :-) The only question I have is, what's kirishima's story?? :) Let's hope we'll find out someday! All in all, this is just another cute yaoi-ish anime, that you will surely love, if you're into BL! There wasn't actually any action seen, so even the fans of mild BL stuff will surely like this.

TSUNDERE BOI! TSUNDERE BOYYY !!  (help they are the perfect husbands and fathers help) 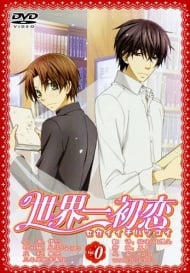 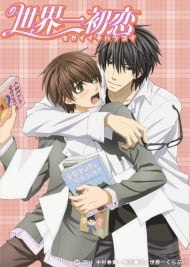 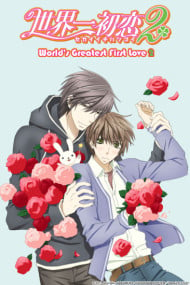 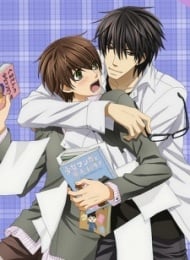 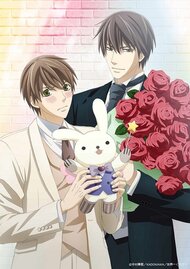 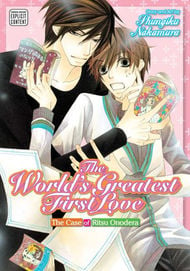 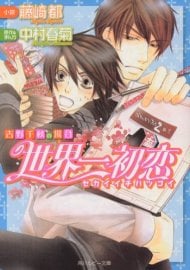 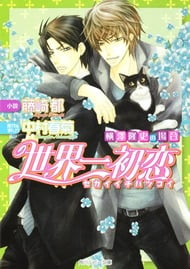