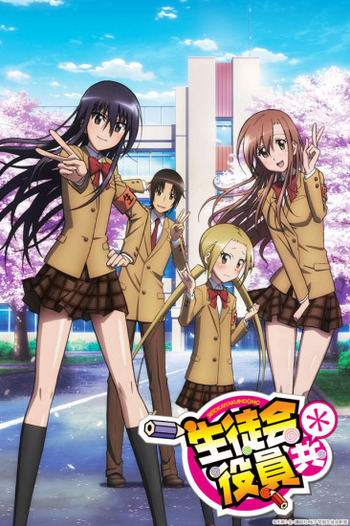 Takatoshi's life has undoubtedly been colorful ever since he joined Ousai Private Academy's student council. Now, the hilarious hijinks continue into his second year! He, Shino, Aria and Suzu certainly have their hands full since a new school year means new faces, new adventures and, of course, new opportunities for even more double entendres and innuendos. 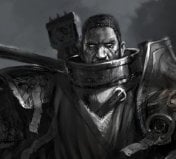 Seitokai Yakuindomo is based on a crack yonkoma manga. Takatoshi Tsuda, a student at a recently sexually integrated academy, comes in his first day to school with his tie loose. Student council president Shino Amikusa accosts him and disciplines him for having a loose tie. Then she turns around and makes him her vice-president.  This is one of those animes that you'll instantly love or it will really freak you out. The very quirky characters are really what make this enjoyable. What makes this fun is that they will occasionally poke fun at the cliches of harem animes (example: in one scene, a minor male character says something like this: "The other guys in a harem anime just don't matter to anyone.") Much like Haganai, the best choice of female for the hero is "none of the above."

I watched the first season and thought it was hilarious.  After that, I watched another anime without knowing there was a second season.  After I finished that one, I was wondering which to go on next.  I decided to watch season 2 of this instead of other well received shows like Ouran High School Host Club, Durarara, and Cromartie High School.  I don't know why but I immediately watched this instead of those. Story In Season 1, Takatoshi Tsuda was entering Ousai Academy as the first generation of male attendees in a previously all-girl school.  On his first day he encounters the student council president, Amakusa Shino, who berates him for loosely wearing his uniform along with secretary, Shichijou Aria, and tresurer, Hagimura Suzu.  After meeting, Shino pretty much forces Tsuda to be her vice-president to help her understand the new male demographic in the school.  There, Tsuda must manage being a vice-president and the sexual obscenities spewed by Shino, Aria, and whoever else.  The entire premise of the show is just to be as sill and obscene as possible.  I thought it was pretty okay in season 1 it just felt funnier here.  Everything said can be taken as an innuendo and the delivery of the jokes add to the comedy.  It kinda doesn't have much of a linear story like I'm used to but it's fine.  They teased more of a romance aspect between Tsuda and Shino as she kinda started liking him but it was just a tease.  It was kinda nice but I'm happy it didn't turn into a full-blown thing because there wasn't enough to fuel it. Animation Although animation wasn't at the forefront of the show, it was done really well.  In the beginning there was an amazing continuous shot going through an airplane then down to a town square and on to the rest of the show.  There was also really nice backgrounds and even a good looking dramatic shots of the school.  One other thing I liked was how they stylized "Suzu's Head" in numerous ways.  Overall I really liked everything.  It was a huge step up from season 1 and the improvements really helped. Sound Music is awesome.  It matched the style of the show with light-hearted fun music.  Like I said before, the jokes were really elevated by the delivery.  The characters' tones go from dramatic to deadpan and that made the difference.  Also being able to remain one's composure saying some really weird obscenities must've been really difficult for them.  One little touch was the little sounds they used as censors which I though was a nice touch Characters Season 2 keeps all the ones from Season 1 and they've all stayed the same.  Tsuda is one of the few "normal" people of Ousai.  Shino is the stern president (reminds me of Kiryuin Satsuki) but sillier and more dirty-minded.  There's her perverted, air-headed, bombshell of a best friend Aria.  There's still pint-sized genius Suza.  Tsuda's dirty-minded sister, Kotomi, is now a new freshman at Ousai and has a more increased role in the season.  She fits right into the cast of likeminded people such as Shino and Aria.  There were the introductions of two new characters, Toki and Uomi.  Toki is a tough girl freshman who is friends with Kotomi despite her bursts of perversion.  There's also Uomi, the student council president of Eiryo High.  Despite her calm demeanor, she matches the Ousai train of though because she's also a pervert.  My favorite character has to be the president of the newspaper club, Ranko Hata.  She's always looking for that scoop and twisting stories around with her nasal-sounding monotonous voice with the deadpan delivery.  What I'm trying to say that this is a great ensemble of characters.  Everyone is given their time to shine and they're all funny and cool in their own way. Overall This show is crude, childish, perverted, low-brow, and ridiculous.  Why do I love it so damn much?  This is one of those few shows that geniunely gave me feels when it ended (even though on a silly note but that's what I expected).  Seitokai Yakuindomo just exuded a lot of charm and that's probably my favorite thing about it. 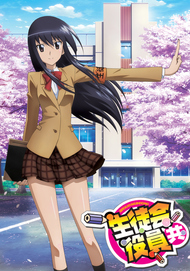 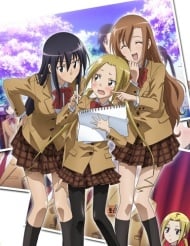 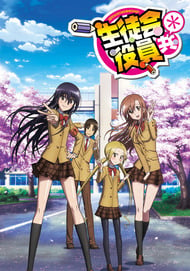 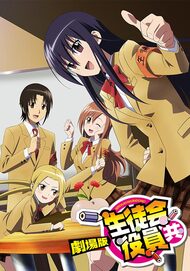 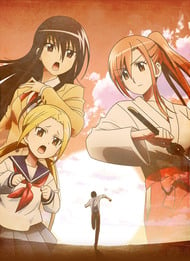 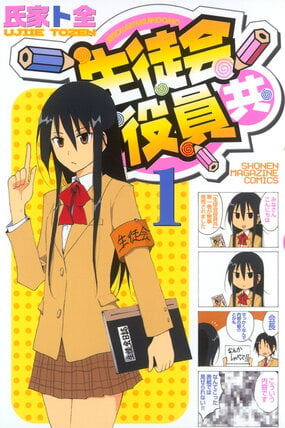