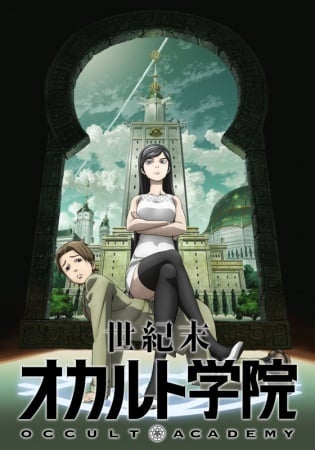 In ancient Japan, the great god Susanoo rose from the underworld to defeat the treacherous dragons plaguing mankind; but in his attempt to free the world of the serpents, he was banished - only to be reborn in Koichi Susa. This boy Koichi, a descendent of the keeper of the Shrine of the Eight-Headed Dragon, runs from his destiny as he struggles with his fears. With dragons arising around Japan, Koichi attempts to rise above his despair and protect his childhood friend Tarumi, only to find another challenge waiting for him...

"A festival of miracle, where you can meet whoever you want to meet." Mihara Shoma, a first-year in high school, receives a message from his best friend Atsushi, who he hadn't heard from in ages. "Wanna come to this cool little festival I found? It's been a while, so I'd like to catch up." Unable to sit around after that, Shoma heads to a ghost village in the mountains for the Tanabata Nanayamatsuri. But he doesn't find Atsushi there. Instead, he meets a girl named Shiori, who has someone she wants to meet as well. Will Shoma be able to meet Atsushi once again?

Towa no Quon 2: Konton no Ranbu

Towa no Quon 3: Mugen no Renza

A Strange Journey through the mind leads Quon to ancient Japan. A new Attractor is discovered, and while this dream state becomes more dangerous, so does the situation for their new would-be ally.