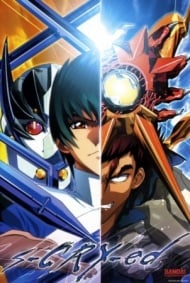 THE STAFF - Planned and animated by Sunrise, the studio which is famous for its good production values and super robot shows. Sadly this is hardly amongst their better works, plus it has no giant robots, so it’s bad. - Directed by Taniguchi Gorpu, who has made several acclaimed titles over the years (Ryvius, Planetes, Code Geass), yet this ranks amogst his worse projects. SCRIPT The best way to describe Scryed is to see it as X-Men meets Shaman King, which is not a flattering thing. While the X-Men are famous for their social messages of racial acceptance, Scryed ends up being seen as nothing but a mediocre shounen show with rather good action and bad directing. The premise of the story is very interesting; it basically has to do with racism amongst people with superpowers and people without. There is a security team formed of these Alters in order to prevent vagrant Alters from abusing their power. The catch is, these are actually THE BAD GUYS while the heroes belong to the vagrants. Add to this a society separated into haves and not-haves and you have yourself an opening to very good show.… and you don’t get it.The story part of the show ends up being very simple and predictable, and even ends anti-climactically. Despite all the funky details of the setting, it remains as nothing more than a bunch of edgy teenagers kicking the crap out of each other. Like any other average shounen, it is mostly angst, excuses for stuff to blow up, and people to punch each other. Which is not a bad thing for the genre; those who only expect to see action in this show, will get lots of it. The variety of special powers is huge, and the battles are exciting as far as shounen go. Super nuclear punches, whipping robot summons, turbo cars, spiked watermelon attacks, and a lot other weirder stuff. At the same time, this is not a memorable anime for anything other than its action. The setting goes to waste as it is not looked into it much, there are no actual strategies or politics to make it look a bit deeper than the obvious. It is basically the poor boy Kazuma trying to find and excuse to fight with the rich boy Ryuho, and all the others coming along just to see how much beating they can stand, as well as measuring this way their masculinity. As you can imagine all conflicts are resolved with violence, and all the outcomes of the battles are easy to predict if you are familiar with the formulas used in the genre. You know, plot armors, sudden power ups, careless villains, and so on. After awhile you don’t even pay notice to what the hell is going on with the background story. Or the backgrounds in general; they are there just to trash them in order to show how cool your power is. And who cares about HOLY’s real intentions and sinister plan? Get back to the action dammit! PRODUCTION VALUES Aged and rather hard to be appreciated today. For its time they were very good, especially in terms of battle choreography. The special effects in particular feel amateurish with their low fps and bulky non-filtered style, but the open-minded viewer can easily see past that and enjoy them for what they are. Personally I never liked that Gundam SEED style of the faces, and the characters wearing the same clothes most of the time was getting annoying fast. The soundtrack left me completely apathetic, as it didn’t feel dynamic and memorable enough. Voice acting… I guess it was ok. CAST The characters are great if all you are looking for are shounen archetypes. Very edgy and snobby, mentally disturbed, some are even sadistic with the use of their power. Their motivation is practically half a line long (UGH ME NO LIKE YOU, UGH WE FIGHT) which makes them easy to understand and even easier to get bored of. Meaning, there is a strong presence in the cast with very little inside to make the difference. And as usual, women exist just for fan service. The major characters develop along the way but it all happens in the usual way, since the whole series follows the main trail of the genre. Although it never trips along the way, it also never side tracks to flavor the journey with some sightseeing. LEGACY So did I like it? No, it was shallow. And that was its goal to begin with; some dudes punching each other at the drop of a hat. Some may like the way it never tries to be more than the absolute basics and find enjoyment in its simplicity. Don’t you hate it when your favorite shounen loses steam along the way and drags a lot while adding lots of fillers and useless characters? Well Scryed doesn’t do that because it never had anything too serious or complicating to screw up at. Which is good in a way. On the other hand, I would choose something like One Piece or FMA Brotherhood over this one. Even if they mess up with directing and pacing at points, they definitely have more interesting characters and a far more fleshed out setting. Not to mention the most recent From the New World, which actually offers a very similar setting in a most elaborate and tasty way. Recommended as an enjoyable brain dead action show but not as something awesome or different.

s-Cry-ed has to be one of my more favorite animes. It starts out at a good pase, not to fast or slow, and maintains it though most of the series. Unlike the standard action-packed shounen anime that focuses on the age-old struggle between good and evil. It has a very soild high-and-low class theme that reflects the two main characters, one a poor low class man with a dislike for those who think to much and rarely thinks about what his actions cause and the other a rich high-class man who always thinks about his next action dislike those that dont consider the end result of their actions.Its first major point is the rivalry of the two main charaters Kazuma and Ryuhou, that serve as each others opposing force. Kazuma a self-admitting battle loving fool who could care less about world around (save for the people he cares for) and whould any thing for the right price, and Ryuhou a calm, and conposed noble who take the matter at hand very seriously. Its second is about loving female main charaters that whould do any thing for them Kanami and Mimori. Kanami a younge girl who is in love with Kazuma and worries about him when ever he is away and Mimori, Ryuhou old flame who still loves him.The series also has a good set a secondery and suporting characters that dont outshine or get outshined the main characters. Though it there are at least five or six that come to mind the two that I had to say Kunihiko and Straight Cougar are by far my favorite.The story is a soild nine due to its almost perfect balance of actions and drama though it does falls short due fast ending. The music is a eight the opening and endings are fit very and unlike other opening that remains the same this one changes with the story. The animation is a nine it fits very well and is only not a ten due to its impance with the superpower called Altar with the two man chacters it looks so good but the others just ok. The characters easely a ten they are so induvidual that you cant help but love. The overall is a nine due to its ups and downs and one the things I really enjoyed is there were no fillers. I whould say it is a must see.

Synopsis "Some years into the future, a strange, unexplainable natural disaster has broken off a piece of the Japanese mainland. Known as the Lost Ground, it is now inhabited by people with Alters -- machine-like extensions of their own will. In order to keep the peace on the Lost Ground, the HOLY organization uses its own Alter capabilists to police the region. In the midst of the chaos is a young man named Kazuma, whose life will soon change forever as he discovers his hidden abilities, and how to wield them." Off-topic: S-cryed is some sort of action fighting piled anime. It really lives up to its title. At the beginning I was quite surprised to see that there is only 4 anime reviews for this kind of anime, but later I realized that it all depends on personal taste. So here I am writing a review of S-cryed. Feel free to give your thoughts or opinion in the comments section below. Story: I usually never delve into the storyline of animes, but this one have not to slow neither to fast story line. It always makes you wonder what's going to happened next. As far when it comes to the story it was easy to follow. Nothing to complicated neither to fast paced. Story - Rate: 8/10 Animation: Well I am not really into old animation, but I wasn't worrying about the quality of it since I did watch other old animes. The animation was quite decent. It's one of those generic anime style you would get back in 2000-2001. The quality of it was decent and easy for the eyes. But then again I am not really a fan of old quality in every old animes so this one didn't actually please me a lot. Animation - Rate: 6/10 Sound: The sound is okay. Here and there it could have been better, but I am probably just been a picky lunatic there ;). Sound - Rate: 7/10 Characters: The design of the characters was great. I loved how they came up with the transformations and different types of characters with their own specific elements. Although there was one of them which I say that they should totally reconstruct him which is Hammer. I just get a feeling that his transformation was a bit odd. All in all every characters has matureness which is what I like in every anime aspects. Characters - Rate: 9/10 Overall veridict: 7.5/10  All in all this was a decent anime to watch. And I really have enjoyed watching it since it was so easy to follow and always had actions fight in it which is good. Although fighting is not the only trick that keeps your viewers entertained, but the quality and the plot is what keeps the viewers interested as well. 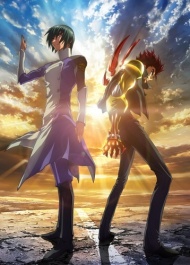 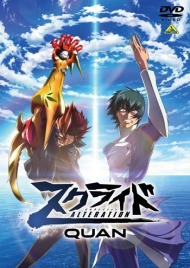 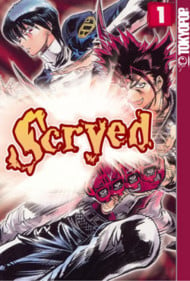 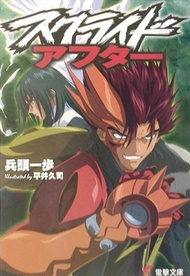