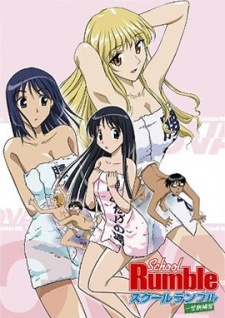 The animation style is pretty much the same as the rest of the franchise, which is pretty good with no major complaints.

If you have seen the first Season of School Rumble and liked it, then I would recommend that you watch this as a great addition to the School Rumble series.