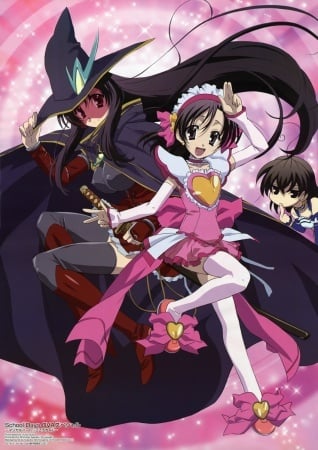 If you're looking for manga similar to School Days: Magical Heart Kokoro-chan, you might like these titles.

Yaida Masaki is a part timer, working as a janitor in a large publishing company. His hobbies include fantasizing about other girls, masturbating, and creating cosplay outfits for his fantasy girl: Oikawa Maiko. She is the daughter of the company president, and a far away existance for Yaida. Recently, Maiko has awoken to her magical powers that were asleep inside of her, but she has trouble controlling them. More often than not, she ends up completely naked and either unconscious or unable to move. Maiko's mother has assigned Yaida to be her guardian and mentor to train Maiko to be able to control her powers. Will Yaido be able to train her to control her powers and become a proper magical girl?