Savior Of The Earth - Recommendations 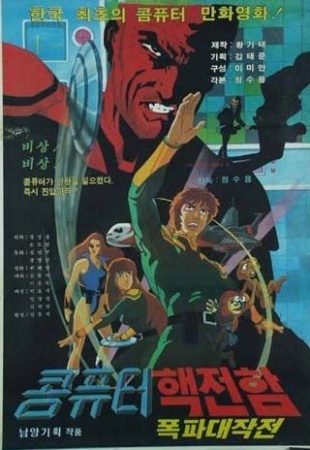 Developed by “God’s Domain Technologies”, virtual reality has taken the world by storm. The virtual world “Eden’s Paradise” is described as a mysterious and flawless universe, and has become the place that every gamer dreams of. Those in reality feel disappointment towards the real world, or want to escape from it, or are possessed by greed, or have dreams, or simply feel boredom - people with all these reasons challenge the trials to enter Eden’s Paradise one after the other.

A high-tech adventure set in a digital world. Sam Flynn, when he was a child, has been told stories about a different world his father created. After 25 years of not seeing seeing his father, he enters his dad's arcade and finds himself pulled into the digital world of "TRON" where his father has been trapped and living for years. This is a life-and-death journey of an escape across a cyber universe that has become far more advanced and exceedingly dangerous.

This video game would take you to the bottom of the world.

Three years after the Sword Art Online incident, Kirito dives into a revamped Aincrad (now known as Ainground) in the new VRMMO Sword Art: Origin. As he progresses through the game with old friends and new, he meets a mysterious girl...

In a not too distant future, the world is confronted with a host of issues: pollution, resource depletion, population expansion, and so on. In response, the Japanese government developed sensory simulation capsules (“beds”) and successfully launched a virtual reality program — “Gaia.” Interestingly, the designers omitted the concept of pain from the program, and as a result, there are no such things as pain or death in this new virtual world. On a day that started as any other, Oono Yuuri stumbles across a mysterious card, which sets off a chain of strange events that evolve into a tale of conflicting dreams, unlikely friendships, and reluctant vengeance.

A popular idol, Haruki, is the star of a commercial for an immersive virtual reality game called “Yellow Brick Road”. To help with the promotion of the game, his manager persuades him to enter the game as a “guardian” and defeat a band of thieves. However, Haruki encounters an adventure he never could have imagined!