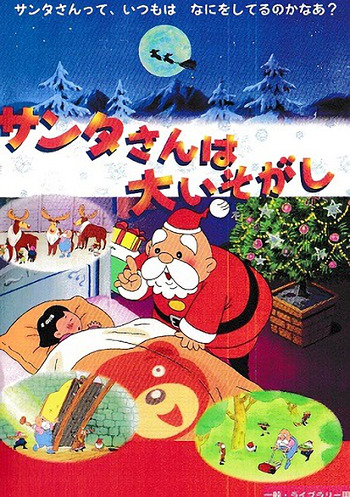 Kaji and Yuki have been dating for one month. On their first Christmas Eve together, Kaji thinks there will never be a better chance to lose their virginities, but Yuki is worried…

Wreath, a Junior Santa, fails in his task and has to leave the North Pole. His helper, Mr. Reindeer, has always wanted him. He had been willing to wait but now he's out of time so, before Wreath leaves, he seduces him.

Even though three years have passed since Satsuki last saw his former neighbor Naoiki, Satsuki never forgot him. Now that Naoiki's boy band is popular, Satsuki's feelings of love are rekindled, and he resolves to see him again. A sweet Christmas related story.