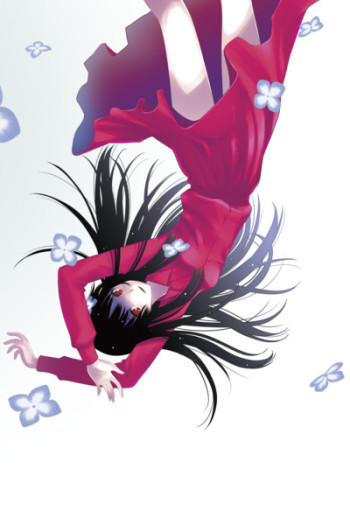 The Ova begins seven months prior to the two main characters meeting. Personally, I was hoping the story would pick up from the last episode of the series where she bites him but no. I guess the series was never that great with continuity and doing things in order so it's not surprising. Instead the first episode begins with Sankarea having her pictures taken by her disgusting father and Chihiro going on vacation with his family to sort some books. It shows how Chihiro came across the book to create a zombie.

The second episode takes place sometime after Rea starts going to school again and is mostly a dream her mom and Chihiro have about her mom being this little kid who comes to the temple and messes with Rea.

Overall, it doesn't really add to the original story nor does it offer any more of a conclusion than the first 12 episodes. It's not really worth bothering with in my opinion. The animation is fine and the characters are the same. The idea isn't anything new. It is just reinforcing what we already know about Reas' mom and adding some unimportant information about how and when Chihiro found the book.