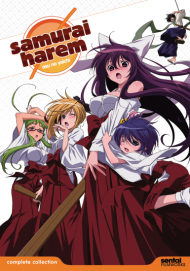 Yoichi Karasuma is a strong young samurai who was born and raised in the mountains. One day his father decides to send him to the city to stay with the four Ikuraga sisters so that he can gain valuable life experience, but his first trip into civilization doesn’t go quite as planned. Not only is he late to meet his new hostesses, but he is labelled a pervert and manages to get himself arrested – twice! Now, as he lives at the Ikuraga Dojo with Ibuki, Ayame, Kagome and Chihaya, Yoichi must adapt to his new life at school while accepting the rather violent ‘training’ he receives from Ibuki. After making an enemy of the school delinquent and with a mysterious man after his life, it seems that Yoichi’s quest to gain life experience won’t be so smooth after all!

Here is another harem Type story, with a guy being surronded by girls, but only two are really interested in him. The plot with him being some secluded mountain samurai makes for some interesting/Funny moments, but in the end its still the standard harem, ecchi, comedy everbody knows and only loved by some. Its been done better. 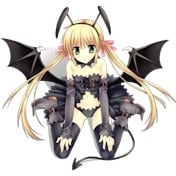 I started Asu no Yoichi with the idea that it would be just another average fighing anime with  a slight love intrest, such as so many others I had seen.  I found this to not be the case however, as it was more of a slice of life romance with many random comedic characters, and a large line of unrequited love, without much actuall fighting at all. The echi theme was alot less pronounced than I expected it to be, and was mostly simple bumping into girls and accidentally touching their breasts, with a swimsuit really being the worst it showed (and even that wasnt too often)The animation, while not standing out as "amazing" was nothing to complain about, and I found the music to be much the same. Although I did find Asu no Yoichi to be quite entertaining, I cant say that it was original byany stretch of the means.  Maybe I have simply watched too much anime, but I can place just about every aspect of this anime to another series, and found myself thinking "wa-san is so much like hige from school rumble..." and "this chivalrous swordsman... Seto no Hanayome... ".   This was a welcome feeling though, as it made me reflect on all the fun (if i may call it that) times I had watching anime alone in my room. I can't quite put my finger on it, but there was something about the show that i just liked,  and I thoroughly enjoyed it, and would highly recomend it to others. 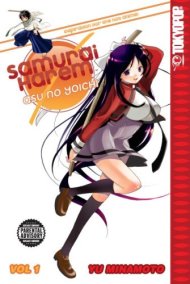