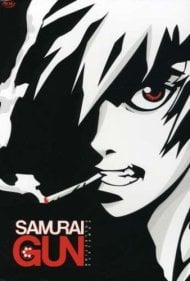 Story Very average. Just a device really for the good guys to shoot at some bad ones. The portrayal of the bad guys as bad isn't done that subtly either.  Animation Looks ok. The characters are designed quite well. It could do with being smoother at the action sequences.    Sound There is a solid vocal performance playing the characters well, it is not the actors fault the characters are bad. The music is actually O.K., a little reminiscant of Samurai Champloo, which does lead the mind to make some harsh comparisons.   Characters Poor development and design. The development that does go on is very clunky and forced. Characters arrive in the places that you expect them to in a series of not very well connected bursts. There is not a smooth transition.  Overall Watch nearly everything else first. I can not think of anyone, fan of any genre, to whom I would recommend seeing this next. Perhaps if violence is your thing and are running out of other, better anime

Ideas alone are not enough to have a nice series in your hands. The premise in the series was good but the presentation is far from being acceptable. PRODUCTION VALUES The animators used all the tricks in the book. The feeling of artistic cinematography in animation is quite good, with darkness being used for building atmosphere, stylized monochromatic figures that give a paranoid image, fish eye view close to psyched characters, frenetic camera switches during action scenes and many more. The characters also look nice, with proper computerized shadowing effects. Their cloths are neat and easily tell you what kind people they are. Even the backgrounds are interesting. A weird mix of old with new, we have nicely depicted red light districts, claustrophobic technological areas and creepy forests. Quite moody, realistic and partially historically correct.The action scenes though are very fake, both in choreography and in visual effects. All the seriousness is ruined by having a guy avoiding a hundred bullets fired from two meters away, while beating way too easily a dozen elite fighters in a flash. The action is anti-climactic instead of cool as well, since there just doesn’t seem to be any worthy adversaries and the battles are short and easily one-sided.Music themes and sound effects manage to build atmosphere and are not your average J-pop trash. They are not memorable either but nice to listen to for the duration of the series. Even voice acting is quite good, without succumbing to the usual hyped males and squecky females of mainstream anime. Most sound serious and in touch with character. Plus, there are folklore songs to bring a calmer side to the otherwise grim story. SCRIPT In a steampunk version of history, feudal Japan is industrialized and corruption brought by the use of advanced firearms has thrown the country into chaos. Enter a team of avenging gun-wielding fighters, who are ordered to take down all criminal activity with a license to kill. The scenario where Japan is losing its original form and gets mutated into a world of inhuman beasts is rather overused these days but never gets old. Better than having the silly story of an ideal nation building a huge robot in order to fight monstrous invaders, right? It is an internal struggle inflicted by foreign technology and merciless people with enough money and power to bend the rules. Enough about the good parts. Let’s move to the lousy ones. The plot repeats to the point of becoming predictable and boring. In almost every episode, the villains kill or abduct people (mostly pretty girls). The heroes are informed about it, while sitting in a red district (whores, geishas, fan service). They attack, defeat most bad guys in a minute, the villains use hostages in order to get the upper hand and the heroes use some trick to overcome the situation. There is a vague conspiracy scenario in the background and the sad stories of the characters to spice things some more but they don’t help much. You feel it is just stand-alone episodes were generic villains torture damsels in distress or old people and the savior comes to the rescue. It is basically a more violent version of Zorro with the characters or the stories never managing to grow on you. The ending also feels dry and incomplete and you almost feel like there should have been a movie sequel to wrap things properly. CAST We have the usual omni-powerful dark knight with a dramatic past, out to get revenge on those who hurt him… And some generic greedy leaders with an army of cardboard killers, carrying rifles, machineguns and rockets... And some helpless chicks and old people who get tortured and killed for fun… Blah, blah, blah, I’ve seen the same stuff in a thousand other movies and series and frankly speaking, it has gotten tiresome. None in the cast has character development or is worth remembering. The political talking and the conspiracies were more interesting than the characters themselves. LEGACY The battles suck, the plot is repetitive, the cast is uninteresting and the ending is dry. And since when do samurais use guns? Or dress in black? Or use stealth? Aren’t they actually ninjas? … Hell, this series makes less and less sense as I think about it. As if being boring wasn’t enough already… Sorry sir, you are not what we want. Next! SUGGESTION LIST Samurai Deeper Kyo (manga only), Samurai 7, Samurai Champloo, and Rurouni Kenshin. 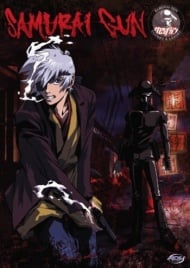 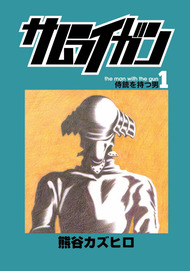 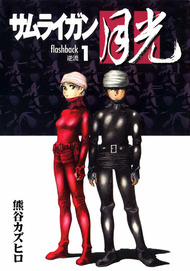