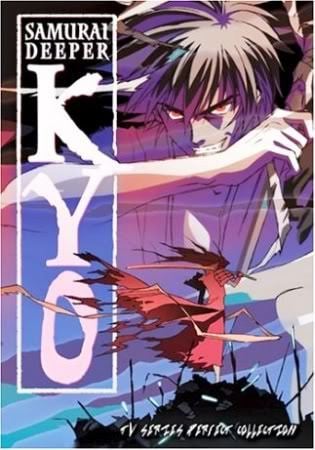 THE STAFF - Animated by studio DEEN, which means bad production values and shitty adaptation.- Directed by Nishimura Junji, who despite his numerous projects, he has prodused nothing of importance. His best works amongst them was the second half of Ranma 1/2 (the part where it gets bad) and Nurarihyon no Mago (a more than typical shonen show). - Based (very loosely) on the manga by Kamiju Akimine and it is a fine samuai action story. The only other work he has made and got animated is Code Breaker, which is far from good. LEGACY Having read the manga the series is based upon I can say for certain that this is the worst anime adaptation I have come across in my life. Damn those adaptation decays! The original was very pleasing to keep reading, despite falling to the usual pitfalls of shonen series. Its adaptation to anime tried to speed up things in order to get to the point faster, but did so many changes and watering down that turned an otherwise ok title to a bull-fest of mediocrity.It is true that the story is somewhat generic and ends in a very WTF way. Yet, it didn’t feel stupid in the original version, as the continual epic battles and dramatic pauses left no space for you to think this reasonably. In this version, the plot was so boring that you had plenty of time to think how stupid it all was. A major factor in making a successful shonen series is NOT to make the audience think. And boy, this series messed big time!This review will make a lot of comparisons to the manga, as I feel it ruined the original story to a great extend. The manga had an age advisory of 15. The anime drops it to 12 in order to broaden the audience and piss the hell out of the fans of the manga. PRODUCTION VALUES Well what can one expect from DEEN? Average to bad animation and sloppy artwork. Look at those grimaces! The characters in the manga had really insane looks. Here, they look like they are forced to express anything. Look at those choreographies. They turned from awesome to a parade of still images and low-budget effects. They shorted them considerably too; a battle could last for two entire volumes in the manga and here it finishes in 30 seconds. And where is the damn motion? You barely see clashes or slashes of weapons; it’s just static images that flash for a fraction of a second. The visual effects are not bad; there are explosions everywhere! Still, they seem out of place most of the time, since the computer generated graphics really stand out next to non-CGI most of the times. Not to mention the lack of gore scenes. Forget those severed heads and limbs and fountains of blood you saw in the manga. They are all replaced by demons exploding or shadows hiding the view or are taken out entirely and presented simply as bloodless punches. Where is fun in that? And just listen to those songs; they have nothing much to care about. The same goes for the voice acting; everybody felf half-asleep while talking. SCRIPT The story in a flash. Super samurais, full of ambitions, clash in order to conquer Japan, destroy the world, avenge someone, bring hell on earth and other cliché we have already seen a million times in anime. The thing is, the way everything unfolds is not that typical, as there are far too many dark secrets and hidden agendas in each character’s portfolio that easily make everyone two-faced, or even three-faced! Although at first, it feels like another silly adventure of a male and a female looking for some magic artifact that can defeat the baddies, it quickly turns to a grim story of vengeance, greed and violence. The story is following the manga but the events are altered in such a way that a bloody samurai quest for world dominance is turned into a mediocre children’s adventure. For starters, the anime only follows the manga up to half of its total duration. This means that half of the total cast and events had to be taken out! Really, if you thought the cast was huge, you have no idea what its number was in the manga. The story feels vague and rushed because a lot of important events were taken out. The manga took its time to reveal each character’s past and goals, so despite their typical personalities, they were colorized and dramatized enough to the point where you actually liked them and cared about them. Taking those dressings out of the picture, made everything to feel like a one-of-the-same storyline. CAST A major catastrophe is the change the scriptwriters did to the villains. In the manga, they were ambitious and ruthless super-soldiers. Here, they are lame-looking demons. Clearly, they wanted to make the series safe for younger audience so they turned all the baddies into monsters nobody will complain if the heroes kill them. Remember how they made those aliens to be robots in various dubs, so the kids watching won’t be scared when they blow up by the hero? Something like that. The thing is, you don’t care about a monster that exists just to be hated and killed. The villains in the manga had various human emotions. Here, they are just ugly monsters nobody cares about. Oh, and the heroes are not ruthless samurai, killing hundreds of people in their quest to conquer the world. No sir; they liberate the world by evil demons, like some one-dimensional American superhero! Talk about dropping the awesomeness of the series by 90% just by separating the original gray cast into good humans and bad demons. SUGGESTION LIST Rurouni Kenshin – Trust and BetrayalSamurai Champloo Samurai 7Bastard !!BasiliskNinja ScrollNarutoThe freaking manga version of Samurai Deeper Kyo 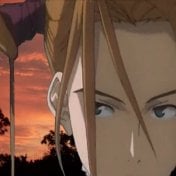 Samurai Deeper Kyo was definately fun to watch and shares some similar ideas with other anime such as Naruto and Bleach.  Not surprising as they all began publishing within a few years of each other. The story was solid and even managed to throw a few curve balls.  Set in the 1600's, the story revolves around the characters of Kyo, a certified killing machine apparently, and Kyoshiro, a goofy traveling medicine salesman.  As the story begins to unfold, all is not as it seems as Yuya, a female bounty hunter trying to capture Kyoshiro, soon discovers. As odd as the plot may be, the telling of the tale easily merges an absurd reality into something believeable through good character development and connecting all the dots.  Nothing worse than trying to watch something filled with plot holes and loose ends.  Thankfully, Samurai Deeper Kyo is a full story with the present supported by a decent backstory.  It's only short comings lie within my own personal tastes and may not accurately reflect on the anime as a whole.  The animation was good, especially the scenery, but I'm not a fan of big ugly monsters for the sake of garnering a reaction.  Perhaps I am a little too old for that.   Not the most original anime out there but good for those who enjoy the historical genre and samurai fights with katanas and mystical powers.  All in all, a good watch with a *finished* ending.  Also nothing worse than an ending that doesn't feel like an ending.. you know, those kinds that just leave you hanging after spending 15+ hours committed to watching it.  I won't say too much about the ending but, if you're wanting that liiiiiiittttle bit extra, read the wordless bonus chapter of the manga. It will complete the satisfying ending for you.  Well, I say read but.. it is wordless.  So Look.. look at the last bonus manga chapter. ;)

Story A little typical, feeling all too familiar. A peace loving guy coming to terms with his violent past. Then a violent guy being softened by kindness. Not ground breaking really. There are some parts which keep it interesting so it is not a complete write off.    Animation Average, poor in action sequences. Outside of these The show does look quite well. Itis let down by its handling of the action sequences. Sound The voices are good, but the music is so sparsely used that when it is used it seams strange. Characters There is a decent mix of characters that are mostly likeable. The characters all have something they are keeping close to their chest, making them interesting. The main heroine is done so badly that the annoyance caused by her is waht drags this score down.  Overall This anime is for those who need a samurai fix and have watched everything else. Some nice historical flourishes but really not that good. 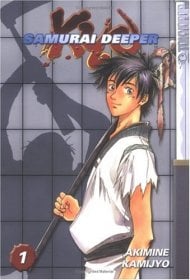