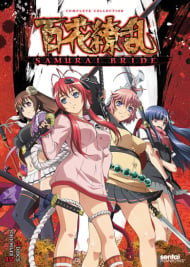 Half a year has passed since Muneakira and his busty, battle-savvy friends fought valiantly in a fierce battle, and now, Muneakira is returning to Yagyuu Dojo after embarking on a journey to train his skills. But little did the man expect that Yukimura, Jubei and the rest of the gang would have turned the dojo into a maid café! What's more, past foes have been resurrected, and they have their sights set on Jubei. With new girls – and animals – to make contracts with and action at every turn, life at Yagyuu Dojo is more exciting than ever.

Right, it's confession time for me. If you have been reading my reviews than you may have noticed that I tend to rip the anime a new one. There is a reason for this though and it has to do with the fact that I can't turn my brain off when watching anime. I can't ignore the stupid shown in the anime and this is a problem as most anime are very stupid indeed. In this case I'm not talking about a 90 pound girl catching a multi-ton cruise missile and throwing it back. Yes, it is stupid but it is a stupid that I'll allow. It's anime. Things like this are normal here and I'm pretty much fine with it. It annoys me to be sure but I will not rant about it. So, having explained this lets rip into this anime shall we? Just a heads up: There will most probably be spoilers. The more I hate an anime the more spoilers there will be. ART: No real complaints here as it looks pretty good. They do try to spice things up by switching the art up at times. Usually it looks crisp and clear but sometimes it has a more faded look. One other thing is of importance to note and those are the 'inkblots' that pop up everywhere. Now I must admit that I kind of like these blots that pop up as it is something different for once. If I have one complaint is that they are EVERYEHERE ALL THE TIME. The problem with this is that it often hides what is going on. Normally not an issue as nothing is really happening but during a battle it is very hard to see who is fighting who and what they are doing. SOUND: Meh. Can't really say much about it as I rarely pay attention to the music. The less I notice it the better it is really. Voice actors were sadly underused for this and I hope they got paid enough to attach their names to this. CHARACTERS: Main character is Muneakira. As a descendant of the Yagyu clan all he wants to do is open the dojo at the Buou Academy and continue his studies as a Samurai. Jubei is a mysterious girl that appears out of thin air and bonds with Muneakira. She is a very powerful Master Samurai and very skilled but powered down she is a hopeless ditz. Sen is a high ranking Togugawa noble who attends Buou Academy. Upon learning of Muneakira's gift of making people Master Samurai she sets out to make him hers. She runs the student council with the help of Hanzo, her loyal servant. Yukimura is a high ranking noble of the Sanada clan and rival of Sen. She is a gifted strategist and has a great dislike of Sen. She is accompanied by Matabei who serves her in every way. Kanetsugu is a childhood friend of Sen but has a grudge against her. She is send to spy on her but she too goes after Muneakira to become a Master Samurai. Gisen is a powerful Master Samurai who calls Jubei her big sister. There is a lot of history between the 2 although Jubie can't remember any of it. STORY: In a Japan where the Togugawa clan remained in power, samurai still exist and make up a big part of society. Defense of Japan has been in the hands of Master Samurai who are created by making a pact with a 'general'. Unfortunately there are very few generals left as most lines have died out over the years. By accident, Muneakira, discovers that he is a general with the power of creating Master Samurai. He quickly becomes surrounded by numerous girls wishing to become Master Samurai and they'll stop at nothing to achieve it. Meanwhile an ancient power has awakened bent on destroying Japan. RANT: Look, I'm aware of what this anime is and that it is all about the fan service. I've watched the first series and, while bad, it had some redeaming qualities. This series has no such excuses. The story is even weaker as the one in the first season. The villain is even worse. While introduced in the opening scene they literally do nothing but hang around for most of the series. When they finally go to make a move it gets interrupted by the real bad guy and shit gets down. By this point you stopped caring though so you are either asleep or getting dinner. Trust me that you missed nothing. Watch it for the fan service with a lot of full frontal nudity.

Story: it was better as it got in to more of the EP'S. loved what they did on the story and the ending give it more room to go up and up in a good way. Animation: same as the frist season nice job Sound: nice and great Characters: nice new cast love them and the new girls where very good and there power was out of this world crazy strong and fast. 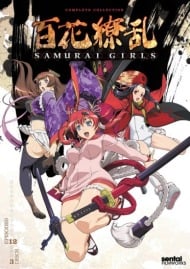 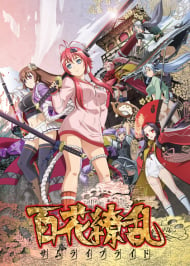 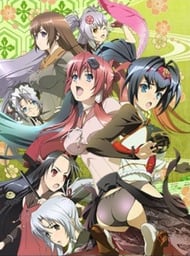 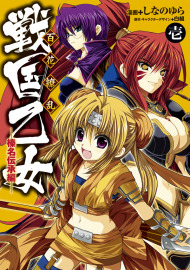 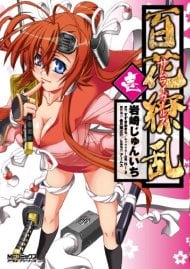 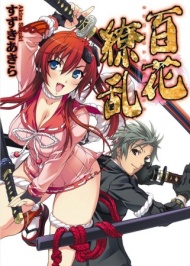 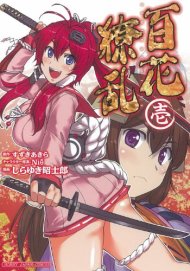 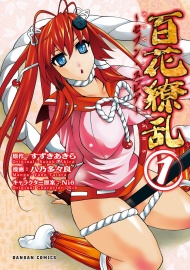 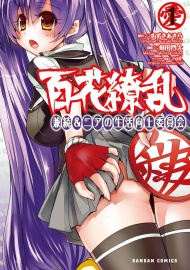 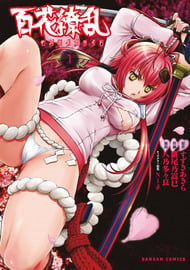