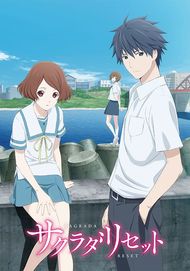 Strapping / Goodbye is not an easy word to say

Haruki-san on a Certain Day

This was one very hard to follow story, due to not only a lot of time skipping you are also challenged with timelines being altered almost every episode. More over, often things are left unsaid or unexplained so that the mystery is left for later episodes to explain. It takes a lot of memory and comprehention to keep up, not something everyone can do. Perhaps, in that way, it can be considered a failure as a show. Story: What starts out as a story about a boy trying to help a girl detached from her emotions to find her humanity again eventually evolves into a multifaceted story that deals with a wide range of emotions, relationships, and culminates in a climax that incorporates everyone that interacts with the two MCs. The more their abilites and personalites are explored the deeper and more complex things get. Animation: Well designed and unique characters that I never had a problem identifying, but also seemed to be a town populated by only beauftiful people (not that is a new thing). Backdrops were wonderfully detailed and seemed to be rarely used more than once or twice. I did notice a few times where they took real world footage which served to detract from the show just from their obviousness. That being said they did their best to hide it and I don't know how many people will be able to see it too. Sound: Mostly subtle and unobtrusive the music was great at setting the varoius moods. I did feel they could have given a little more range to the two MCs voice acting, at times they almost felt lifeless as they had conversations. That could have been intentional since they were, in fact, considerably different from their peers in their situations and abilities. Characters: There were quite a few here to be had, and ran a rather wide range of personalities. More over the needlessly overused tropes were almost no where to be found. Mainly due to her relatively blank starting point, there was quite a bit of character development and growth. Motivations were sometimes a mystery but mostly were explained at some point down the line. There were several characters that played around on the sidelines and weren't very well fleshed out or explained, maybe due to just time constraints, but the show kept you so busy trying to keep up with everything else this seems like a minor issue if it's one at all. Overall: What a crazy ride. I could probably watch this another 5 times and discover something new about it I missed before each time. I also don't think I'll be able to watch this again for a while because it relies heavily on the lack of information to be entertaining. Meaning, once the mystery is gone I have little to no interest in watching it again. It's convoluted as hell, has a lot of stuff it's trying to work into the main plot and eventually ties it all together in a not so neat but relatively satisfying package. I could really only recomend this to people that can work their way through a complicated timeline that touches on a lot of existential topics as well as a wide range of emotions. It's not for eveyrone but for those that like something outside the usual fair and can deal with, or even enjoy it for it's complexity like I did.

Positive *Anime’s don’t always live up to my expectations and unfortunately SR was one of those. Now despite everything that I’m going to say in this review and everything that I’m going to complain about in a minute, I still believe that, at its core, SR is a very good anime. If I take away all the things that bothered me, than I find an anime with a very well written story. SR is an anime with a lot of dept, this is a complex anime with a story that has 5 times more dept than your standard seasonal anime. For a video review, check out my Youtube channel. Link on my profile page.  *Also the characters, and especially our two main characters were really well designed. They have very deep, complex and realistic personalities. They are not your day to day anime main protagonists. The effort that has been put in designing the characters and in creating their personality and psychology is something I applaud. *With the characters also the relationships between them are very complex and deep. During the anime there emerges some kind of romance between Kei and Haruki but again, it is everything but your standard anime romance. So overall the core of this anime was very good and it had a huge amount of potential. Negative *But, and I find this extremely unfortunate, the execution of the story was bad. And I mean really bad. In the first place, this anime was incredibly boring to watch. I, honestly, had multiple times that I almost fell asleep whilst watching SR. The way the story is brought is without any excitement, even a psychological anime like SR needs to contain some form of excitement and thrill. And I missed that completely in SR. *Secondly, this anime was incredibly difficult to follow and I like anime’s with complicated storylines. But in SR there were multiple episodes where I had no clue on what was going on. Especially when the second halve started, things started to happen where I was completely lost. Like the arc in the dream world. It was so difficult to keep up with everything because next to the main story that was happening, there were always other things happening in the background and the relationships between the characters were constantly changing. When we got the final arc, then I was able to follow again because there there was a clear goal.  But most of the time, SR confused me. There was also a 2 year timeskip at a certain point that I initially completely missed which only added to my confusion about this anime. There were times that I really had to force myself to watch the next episode and that’s not a good sign. *So in my opinion, the execution completely destroyed the well written core of this story. My assumption is that the LN, which was the source of this anime, is way and way better. Because a written story in a book, lends itself more to such a complicated storyline than an animated adaptation. The book is usually better than the film. Conclusion So as a conclusion, SR is probably my biggest disappointment of the past year. This could have been an gold anime if the source material was adapted properly with more excitement so that I wouldn’t have fallen asleep with it. So overall, with pain in my hearth, I’m going to rate Sagrada Reset at 2 stars. This is such a shame in my opinion. Now I’m not going to say that you shouldn’t watch this anime. It’s not because I found it to be boring and confusing that you will too. So if you want to give a shot, go for it, maybe you’ll be more entertained than I was.

This is a very intelligent show, it presents you with different thought experiments, theories, and value-process examples; they are all explained through the story arcs starting like a puzzle you need to solve in order to find the best outcome. This is beautifully done, while some explanations of the theories may initially seem unrelated when they are first told, those words are filled with meaning as you watch through the story. Unfortunately, although the plotline is not really that complicated, everything can be quite confusing as in order to really follow and appreciate it, you'll have to keep track of several characters while remembering their abilities, the rules governing their abilities, and their names. There is a lot of dialog as I have not seen since "Bakemonogatari", it feels almost like reading a book through the subtitles (and indeed, this show was adapted from a light novel, is perhaps not the best adaptation). I found myself having to pause/play/rewind several times so I can fully understand why things worked in a certain way, and I think is quite worth it, if you like shows like Ghost in the Shell: Stand Alone Complex and From the New World (although this one is not as good as those shows but is still worth it and better than average). The story is divided into mini-arcs 1-3 episodes long, they are all interrelated and will converge in the main plotline at the end of the series. As I mention, each story arc is like a puzzle that deals with a thought experiment or theory. Some of them have characters with different points of view that are contrasted against each other in order to find the best possible outcome, this is especially true regarding people's values. The animation, music and sound effects are good but not exceptional. To be honest, I had my eyes glued to the subtitles with all the dialog so this show will probably benefit from a dub if is done with good actors. Overall I think this is a great show, but your level of enjoyment will depend on how easy you are able to follow along. 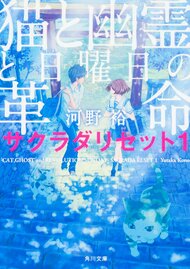 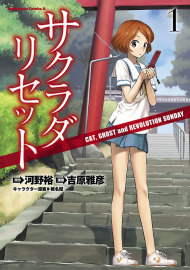 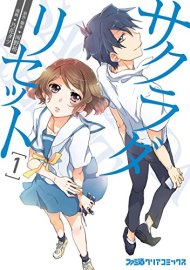