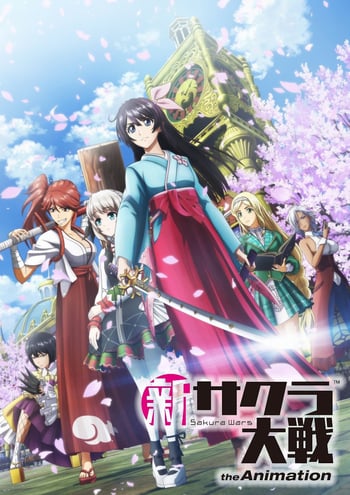 Set in 1940, it’s been 10 years since the great demon invasions, and the World Luxury Operatic Federation has designed a tournament for all to participate in! So how will that work with another impending demonic war?

OK. Here's the deal. This is a pretty basic mecha-meets-spritual power anime. I like it, but it really falls below the "GOOD" line for me. Let me explain my thinking by breaking up my review into sections: story, characters, animation, and sound. I'm leaving sound for last becuase it was the WORST. The story, itself, is written well enough. It's no Oscar-winner, but it's decent. The writer(s) manage to keep a pretty good focus on the main point within the story, but manage to toss in extra bits to get you to identify with the characters using a touch of backstory (in the form of flashbacks and character explanations). [See "<spoiler>" section at the bottom for more story information.] This brings me to the characters that are actually pretty basic. There is no one of note, except perhaps the mechanic (Reiji Shiba), but sadly he is just a side character. I would have loved to see him take a bigger role in the story and be more fully developed. The other characters don't really have anything behind them but a simple explanation of where they came from or a flashback that helps you identfiy with them for a bit. However, their actions and such are all pretty basic. The animation is standard with a mix of standard CG. They did a good job of blending the two overal, so it isn;t quite as harsh, but it still shows. There is some detail work, but it's pretty obvious that they didn't focus too much on the visuals in this one. I liked the city-scapes, myself, and there were some instances where the artists gave a little extra effort in the city streets, simpler nature scenes, or embroideries. Overall, though, it was just OK. Finally- the only reason I came to do a review on this anime...the sound. The music in this show is god-awful. The primary singers fall flat MOST of the time- especially on notes that they need to hold for longer periods of time. It's very noticeable and it makes me wince, literally every time I hear the singing. The ending credits song is the same. In the beginning, it seems as though they want to make it a bit musical- then they switch to a more dance-themed show. Hence, the on-stage musical dance performances of the characters. However, they should have gotten better singers to do the singing. It's really awful. The sound effects are standard, the music is basic, and in the end, I wasn't impressed with any of it- at all. <Spoiler> They basically have steam and magic powered mecha in which they fight "demons"...which appear to be mechanized spiritual creatures with some form of power core. There's small ones and big ones and up until the story begins, the team of girls that make up the "Imperial Revue" think that they are the strongest demon-fighting team (that also does musicals) ever. Then they come into contact with the Russians and the big mecha-demons and they basically look like a bunch of hacks. Ofcourse, they get stronger, but I mean...really? Trust me, I really didn't spoil anything for you. 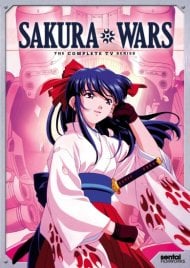 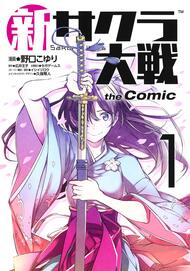 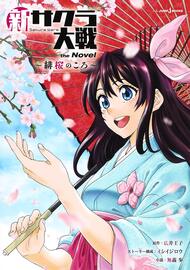