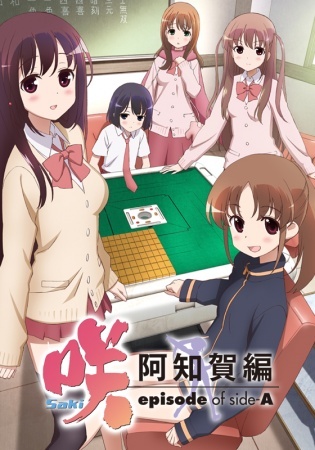 The girls in this anime are all pretty much wildly delusional and have special powers, like ESP or magic or something, and then they get titles like ' Dragon Lord'  and ' Ruler of the Deep Mountains' it's pretty hilarious if you're just watching for the hell of it.

after watching this first seasonI still don't understand even the basics of mahjong but watching them battle it out on a mahjong table using their abilities has been pretty amusing.

about the story......there really isn't much of one, the basic idea of the story is getting to the finals of the mahjong competition to have kind of a reunion match with a friend. it doesn't really go much deeper than that.

the animations are pretty well done, especially the delusional parts, some girls seem to summon darkness or transform into ssj3 or something. it's highly entertaining.

no complaints about the sound.

they did make pretty much every character unique with their own character, style, humour and general behaviour. usually in anime there are a few cliche people, with standard looks that you've seen a 100 times and personalities that you've probably seen even more often. not in this show, everyone is 100% unique, maybe not original but definitely unique.

overall I'm giving it a 6.7 because even with the lack of story it's pretty entertaining, so if you've got nothing to do and some time to kill, you should give this anime a try.