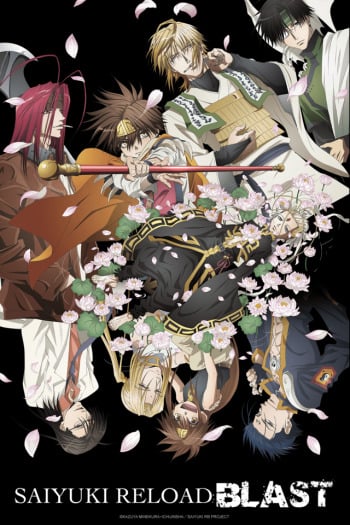 Based on the 16th-century, Chinese fantasy adventure classic, Journey To The West. He raised holy hell as the baddest ape in Ancient China ... until the Lord Buddha himself dropped a mountain on him! Now the Monkey King will get his parole with one condition-he must escort a Buddhist nun through the demon-haunted wastes of the Silk Road on an impossible quest: reach India and bring back a collection of sacred scrolls!

Journey to the West

Assobot Goku is the strongest and worst assobot there is, and he and his gang take what they want without remorse. But when he sets his sights on Miroku Village, and meets up with a mysterious young man named Sanzou playing a strange harmonica, he gets more than he bargained for. How does Sanzou know about Goku, and how are they both connected with a prophecy foretelling the destruction of the world?