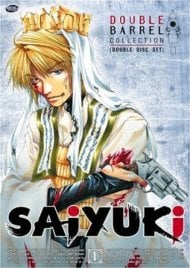 What made me so hooked on this anime wasn't the actual animation, but the characters themselves. They each have their own detailed back story, and are really fun to watch. Saiyuki has a huge amount of filler episodes, and the only thing that keeps me from being bored to death are the characters. Sadly, this was a low-budget anime, so the animation isn't the best. Most action scenes are just still shots. They also try to add 3DCG into the mix, which made it even worse. I did, however, enjoy the character designs and the art style. I love the soundtrack for this series, (in fact, I have it on my iPod ^^;) although they repeat a lot of the music. The opening and endings were well done, too. The dubbed version is actually pretty well done, compared to other anime. It's just a matter of what language you prefer, really. I myself watched the whole series in Japanese, and rewatched some episodes in English. Saiyuki should be for more mature audiences, as it has killing in pretty much every episode, and potrays monks in the wrong way. (I blame Sanzo) Overall, I really enjoyed this anime. It was a tad hard to take seriously at some points, but it was still one of the best I've seen. I'm looking foward to seeing the next few seasons, and I may even start collecting the manga. <3

Well, I have to say that this is one of my favorite shows even if it does have some flaws. We open with one of the most epic narrations by Sanzo and then get into the bad ass additude as he attacks Goku. The why the show introduces the characters is actually one of the reasons why I really like this show. We see each character in their ‘element’ so to speak and not all at once. It also doesn’t give us a whole lot of narration about these characters because they don’t really need it this early in the show. We get small tastes of the personalities, then bring them all together. I do wish that they had a little more information on how the group did meet earlier in the series then they do though. The series seems to believe that we have all seen the manga and since I have not, it makes me feel a bit out of the loop. It is a double edged sword because for me, I want to know more but for others, it can throw them off. We see that Sanzo is not like many monks around the temple, but we never really see his past until later in the series though we do get a one second glimse of someone who died in front of him as a child. It seems that the only person he really listens to is the goddess but when he is hanging around the other characters, I can sort of understand. Goku is actually rather annoying in the first part, acting like a little child and yet the little things he does make him seem even more like a monkey then a little boy. He is rather innocent, and As the series goes on, he grows more and more. He is the only one that we get a little piece of the past right up front but they don’t explain much more then a 5 minute clip. Gojyo is pretty much a womanizer and gambler. He seems to always start fighting with Goku as though they are brothers and its fun to watch seeing as how I have a brother myself and we used to fight a lot. Although he is like that, he actually has a good heart he shows every once in a while. He doesn’t really show it to the others but there are some places where this good heart shows. Hakkai is rather sweet at least when it comes to children and always willing to help others even if they aren’t rather nice at first. He is more level headed then any of the other characters. Although he is level headed, he tends to get scary in certent situations. He shows a rather masicistic side in a way. The goddess is rather odd, sometimes sounding really wise and sometimes she sounds like she just wants to have a little fun with the characters. She actually really interesting I love the fact that this show not only makes us feel for the main characters, but for some of the enemies as well. Not all of them are bad for bad sake. Now sadly, I really wish they did have a bad ass girl in their group. Without the girl, the group makes me think of yoai like a lot of other people I know. There are a lot of interesting groupings that I like and I’m sorry I’m getting into my fan girl love again. Sadly, there is no ending to this really. It seems to go in arks like Pokemon or Inuyasha but doesn’t get to the ending of the story. There are times where is does become boring because they keep walking and riding with some of the same old jokes that they normally do where Goku fights with Gojyo and Sanzo threatens to kill them. Fighting scenes do get bad once in a while but yet are still interesting in some places. I really wonder some of the choices that they do for the artwork like the very first part when Sanzo is saying the only one he can trust is himself, why do they show him naked when he does this? Now, there are many times that the characters have long limbs or long necks and it changes once in a while but because of how the story is, I was able to over look it for the most part. The tiny waists though and sometimes broken eyes area bothers me a bit. The music is pretty bad ass. The first opening is highly addictive to listen to and actually fits the series rather good. I’m not so sure about the ending song though, it’s alright but not something I would listen over and over again. I skipped it most of the time. Sadly, some of the voices aren’t that great or the prononciations are bad but at least the main cast is pretty decent so I don’t have much problem with them. This is not the show for little kids as they don’t hold back on the language. It works for the personalities but it’s a lot. 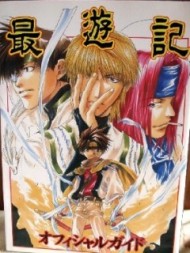 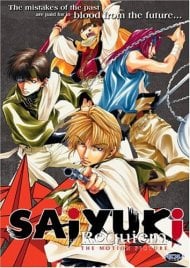 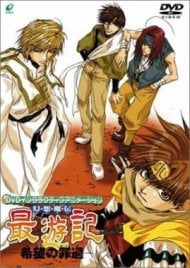 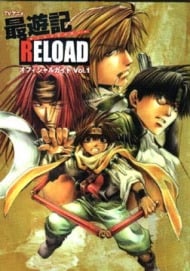 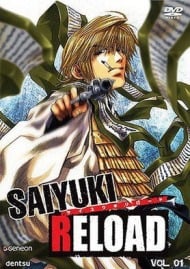 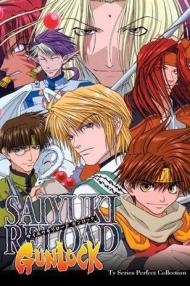 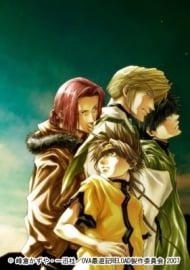 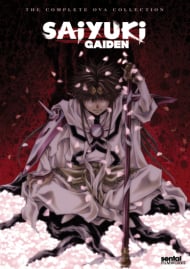 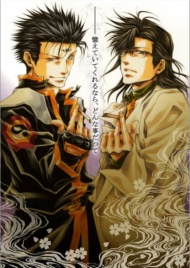 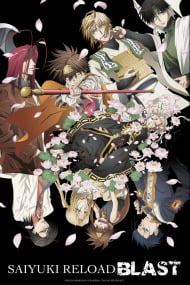 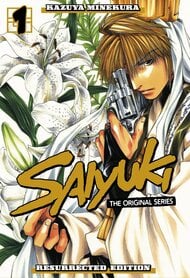 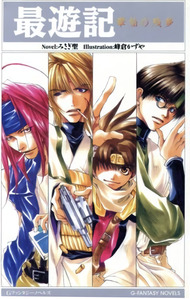 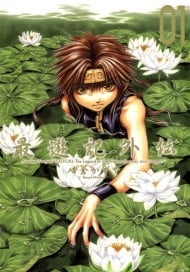 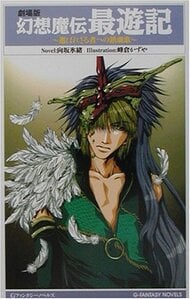 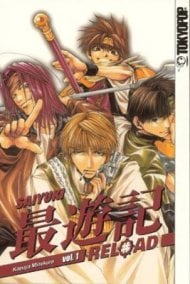 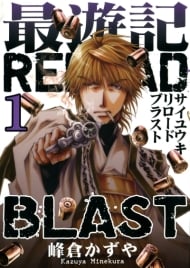 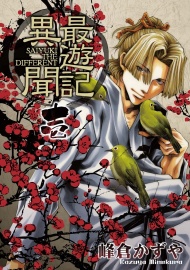 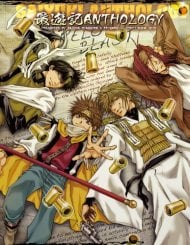