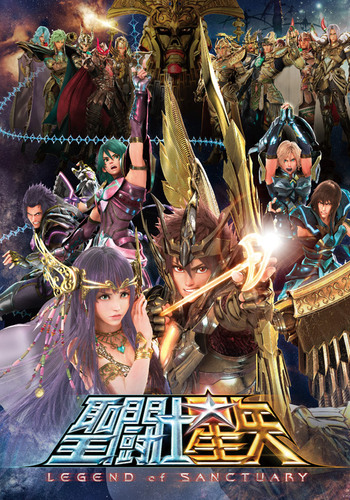 So I thought the plot for this one was very good and was very different from any of the Saint Seiya that I have watched so far. Had a good twist in even though you clearly already knew who the big bad was.

Animation in this anime was fantastic! Even though this is a heavy CGI driven anime and not your classic style, it was very well done, everything ran smoothly and looked great. From battle scenes to the background it was all beautiful.

The sound in this one was well done as well. It was crisp and clean throughout the entire movie. Music wise it could have been more, especially during the battle scenes. End credits theme was a good song to listen to.

Character interactions I felt were kinda forced, especially the interactions between the Saints and Athena. It was a “We are going to protect you and you can deal with it.” situation, without any proper introductions, I mean you had some time before the next attack. =-P

Overall this was a spectacular movie to and would recommend this one to anybody.