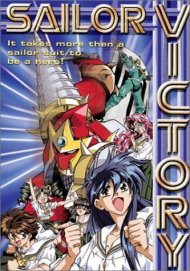 In the futuristic city of Mikado, violent crimes by the use of robots have drastically increased, leaving the city in desperate need of a saviour. Enter Sailor Victory, a top-secret crime fighting team made up of five lovely women who kick butt in three giant mecha of their own! With petty thieves and the power hungry Margarita on the loose, there never is a dull moment for these robot-wielding ladies!

If ye be wanting to see good stuff from the 90's, go back!  Go elsewhere! Run! If ye be wanting to walk down memory lane with your VHS tapes anime addiction from the 90's (back when any anime you could find was worth watching) and you are desperate, watch this again. This is a title that adorned a handful of Blockbusters and mom and Pop VHS stores back in the day. It was prominently displayed near a copy of Sailor Moon's first movie release, or just near the "S" section of your alphabetical anime section. (Because outside of porn, there was little in the way of breaking genres in the 90s).  This little diddy was a funky mecha title that relied on 5(6 with the clone/twin) girls who happen to run 3 ninja styled, armored looking mecha with interesting melee weapons. One has a chain link weapon, and one has a giant drill. It is hard to mesh this with any one particular show. It falls into a trope filled dungeon of the finest oldie anime rehashes. This was a team of women who fight forces of evil. Think Sailor Moon mixed with Bubble Gum Crisis, or a comical Dominion Tank version of Magic Knight Rayearth (all of which are better titles). There is basically no reason why they happen to have underground three giant mecha, or why they are trained to use them.  On the list of whys, there is also, why only girls, why the cops have crappy defense mecha as well, and why they are butt naked when they transform in the mecha in episode 1. Now, you may ask, why would I even give this a 4 in the story? The comical moments are fast and zany, with some clever dialog at times. As silly as the premise is, there were a couple genuine chuckle moments. I do wonder if watching this back before I had become accustomed to the nuances of anime pitfalls, I would have laughed a lot more and thought this was genius.  Alas, I figure some of the humor has aged a tad bit poorly. Still, outside of that, for a title with pretty much only 2 acts, it is saved just a point or so, with timely humor. A personal favorite moment is when one of the girls runs the other direction causing everyone to ask, "What the hell is she doing?"  The characters are pretty much entirely 1 note and the hair defies gravity (one has a fan that comes out of the hair, I kid you not). All of the girls do not have little time to develop, but all have a distinct personality quirk that make for sitcom one-lined jokes. And for being 2 episodes, I am not sure they should try to do much with them. The Animation itself is not shabby. It obviously benefits from that eras OVA's budget schemes.  Still, it is not anything that will be remembered after watching the title. Overall? It could be fun, if only due to its short running time. It is a bit of a time capsule of the types of titles import companies were looking for to press into release. Short series, with mecha and cute girls; I'd say that early demographic was squarely set at me in that era. 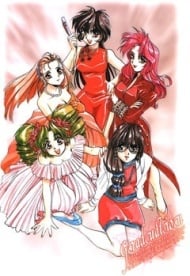 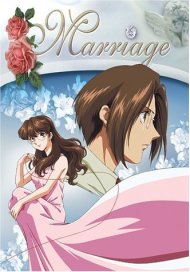 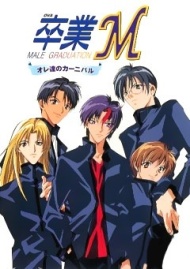