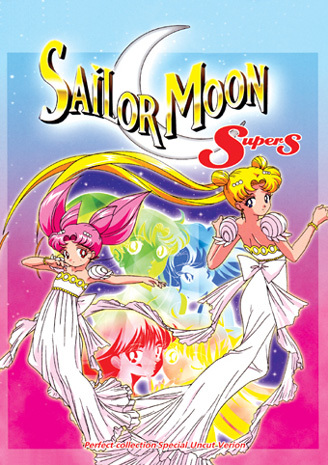 Sailor Moon and the Sailor Soldiers are called into a new fight when the Dead Circus visits their town. The new enemy is shrouded in mystery, but it becomes obvious quickly they are after those with beautiful dreams, in search of a Pegasus who has a mighty power. Are the Sailor Soldiers strong enough to handle this new threat?

I watched the original of this, with English subtitles, so I can't say much on the dub.

I really liked this season of Sailor Moon. It got a little monotonous, as all seasons of Sailor Moon seem to get, with a lot of the villains doing the same things and a lot of Sailor Moon winning the battles but not the war. Those long stretches of the plot moving nowhere were a little hard to get through, but there were some good episodes mixed in.

Chibiusa is the main focus of this season, and I'm not a huge fan of her, so I got a little bored during some of the scenes focusing on her, but there was still a good mix of focus on Sailor Moon and the rest of the Soldiers.

I loved the music, the humor, and even some of the corniness.

Content warning: There was some nudity and some homosexuality, as in some of the previous seasons.

Overall, this season could get a little monotonous, but it was still enjoyable.