Saekano: How to Raise a Boring Girlfriend - Videos 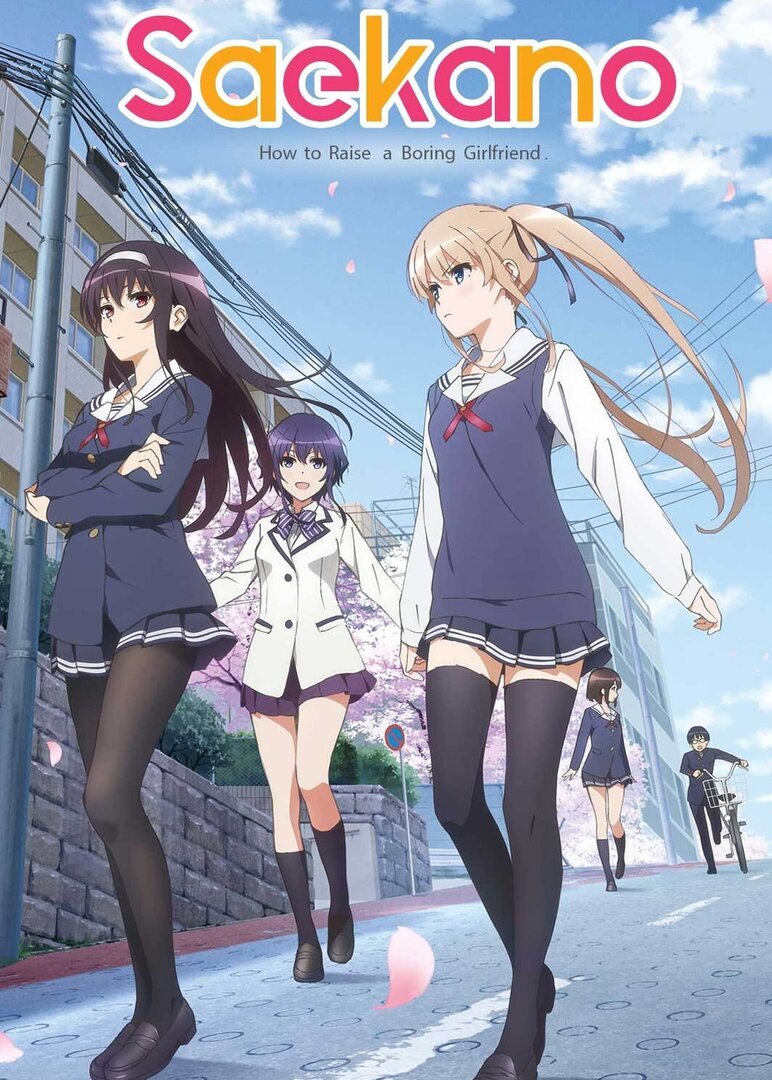 Saekano: How to Raise a Boring Girlfriend Episode 8 - A Wingman's Traumatic Recollection Mode

A Girlfriend Without a Raised Flag

The Date Event of Crossing Paths

Deciding the Night for Two

Friend, Foe or a New Character

A Melody of Reminiscing and Support

Ready to Start Resolving the Subplots

The Ups and Downs at the End of Each Day

Anime-Planet users recommend these anime for fans of Saekano: How to Raise a Boring Girlfriend. All available to watch right here, right now!

Basically the same plot and genre except one is a complete reversal of the other and it has an extra male character added into it.

Girls Beyond the Wasteland and Saekano are very alike in a lot of ways, both tackling the development of a visual novel by a group of teenagers. The main difference in plot between the two comes down to the main character of Wasteland being pulled along for the journey, while the main character of Saekano is the driving force behind the project. Otherwise the two shows are both lighthearted romps with a little drama thrown in for good measure.

Sorata Kanda has a real problem - he just can't say no to the cute face of a kitten! However, his lovely strays have finally landed him in trouble, as his dorm doesn't allow keeping pets. Given an ultimatum to get rid of the cats or move out, Sorata makes the mistake of standing up for himself and finds himself exiled to Sakurasou, the home of misfits the...

Both animes are about  the mc wanting to fulfill there dream to make there own video game, even though they both don't really have a good idea are really the skill to make a video game. Both anime also show a good of amount of the otaku lifestyle and both are also romcom.

Both these anime seem to be based around a boy who has a dream for doing something more in his life. This main also meets certain characters who have similar aspirations and even though Eriri has a more Tsundere character compared to Mashiro who has a more conserved look at her manga drawing, both this character share similar aspirations. The story is quite similar in the sense it is about the characters developing their ideas and such but there is certainly a bit more drama in Sakurasou. But even so both these series are worth checking out if you have seen one of them.

Well, in this anime we have the same type of protagonist (an indecisive guy that wanna work in the game industry) and in this one he has one tsundere friend who really love him but she doesn't gonna make him know about, and another girl that try to be a good friend with him since she fall in love with him. This is a romcom one, and also it's dramatic and maybe make you cry a little bit.

After graduating high school, Suzukaze Aoba joins Eagle Jump, the game company that developed Fairies Story, the game she obsessed over as a kid. On her first day as a working member of society, Aoba heads to work swaying in a packed, morning rush hour train. She manages to get to the office building all right but hesitates, wondering if it was really okay...

If you want to watch anime about hard working people pursuing their dream then New Game! & Saekano is a good choice. New Game is more about working in a professional company and Saekano is an amateur adventure. Either way, its fun to watch any of them.

Both anime are about making games.

Saekano is a story about a boy make a game with 4 girls in a club.

New game is a story about girls in a company making game. (Characters all girls)