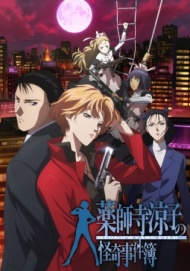 StoryThere have been a lot of award winning mini-novels that have been adapted to anime series in the past few years (The Melancholy of Haruhi Suzumiya, Baccano! among a few other titles), and it seems that Ryoko's Case File follows in the tradition.  On the surface, it seems like a mature, sophisticated action sci-fi series with a lot of spunk. The French-themed, jazzy and sensual OP sequence might turn a few heads and make one go "I have to check this series out." Yet, this isn't any "Bartender" or "Baccano" in terms of a structured story. Well, a lot of the appeal is true from a surface perspective, but the sophistication really stretches only as far as the nice animation and character chemistry between the main leads.  The rest of it plays out like an episodic spirit busting series until it hits a main progressive vein more than halfway through (and it actually had a good ending to wrap it all up). Blending a bit of tongue-in-cheek comedy with a police themed perspective, I felt like I was watching "You're Under Arrest" without the slapstick comedy and a spirit themed perspective. It also has a few moments of insinuated romantic interests, but doesn't fully develop them as much as it could have. What made this series really stand out to me was the appeal of the two main characters: Ryoko Yakushuiji  and Junichiro Izumida, whom are about as "hot and cold" in personality as you can possibly get.  Where Ryoko is reckless and sassy, Junichiro is accomodating and unsure. The police staff and settings are nice in their own right, but I found the French nurses to be a bit...well...extraneous.  The French phrases came across as a bit tacky and displaced and did nothing to really bring cultural relevance to the series. As much as I'm critical about the story and characterization, I actually did find it to be an enjoyable watch, particularly in the latter arc when a more developed and sequential story came into focus, but unfortunately, it was a little late to make it fully reflect upon the series in a more encompassing perspective.  Sure, some of the episodic adventures are fun, but there are others that one could have done without.AnimationVery nice production values for the current year.  Honestly, it was one of the more consistent and nicely adapted series with respect to the novel counterpart on this note. Fluid action sequences, consistent character designs and nice lighting were all nicely done.SoundAs much as I liked the opening and ending sequences to the series, I have to say the music from Ryoko's Case File didn't exactly jump out to me otherwise. It radiates a classy, French instrumental feel with slight leanings towards jazz, but it's far from being anything on the stature of Cowboy Bebop, Baccano, or even as fun and appealing as the Welcome to the NHK soundtracks. I'd also note the voice acting was rather standard in most points of the series.  Granted, the Japanese VAs did a great job of bringing out their characters (I'd give personal kudos to Ryoko's VA, who manages to make her character, while in a rather stereotypical veil, funny and engaging), but you wouldn't come into this series thinking "this is the best VA work I've ever heard". It works in the moment, but doesn't quite translate into more.CharactersTo make an abbreviated note about the characters: the only two that I found worth note, and perhaps why I rank the series as well as I do, were within the vein of Ryoko and Junichirou, particularly in their dynamic.  The series revolves around their work together in dealing with problems in the supernatural vein, and what makes it better than series of its peer notation (i.e. Venus Versus Virus, Rental Magica) is that there's a lot of potential personality to explore with these two - and on some levels they actually do a fine job of playing upon their contrasts .  I didn't feel that the series took it to a level where this could have been more substantial (as to give them depth as opposed to simply style), but in the measure of the series aim, it manages to work.OverallWorth watching at least once the whole way through if you're not opposed to episodic spirit busting series with a air of something different, but I wouldn't come into it expecting anything remotely groundbreaking.  I found it entertaining and engaging, albeit points around the middle part of the series where it does get a bit sluggish in its storytelling (in part for the cases that were noted around that time), but in the overall perspective, especially with its final arc, I found it worth the watch.

THE STAFF - Animation is done by Doga Kobo, a minor studio which never produced anything significant outside of some aesthetic quality in Natsuyuki Rendezvous. - Directed by some nobody not worth of mentioning. - Based on the light novels of Tanaka Yoshiki, the writer of the god-tier Legend of the Galactic Heroes. Sadly that was his only worthy work and this is nothing to look forward to. Something-something Jikenbo is basically a mystery series, a combination of CSI Miami and Supernatural (the series). It has to do with weird crimes that always end up having something supernatural (the term) about them. The protagonist is also the main attraction of the show, Ryoko the investigator. She is a highly dynamic, highly cunning, and super sexy woman, and as long as you like her charm, then the rest of what is going on in the show don’t matter. It seems as if people dying by the hundreds and martial law being enforced are less important that watching her devious smirk, her mesmerizing eyes and her perfect curves. But she wouldn’t be able to do all that without someone next to her to be compared to and here is where her assistant Izumida, a male police investigator comes into play. He is also a handsome guy but always tries to look serious and distant, unwilling to mix business and pleasure. He is a rather unsecured with himself young man who does his best to not fall for her… but ends up being her lapdog anyway, as she loves to constantly teasing him in various ways. Practically Ryoko is a sadist who loves to torment guys with her charms before she sends her dog Izumida to beat them up and make them spill everything they know. The chemistry of the main duo is the most important element of the show and, again, as long as you like their relationship you can stop worrying about what is going on with the plot. Because if you do chances are you will fall asleep. Each case is performed in a very straightforward manner and no matter how much they try to make it look scary, or mysterious, or different, it is still nothing but a simplistic route of going from place A to place B after an easy to follow line of thought. Plus the whole deal is lacking very much in excitement as the protagonists are almost almighty in whatever they are doing and their opponents make terrible mistakes. So watching Izumida carrying the several heavy luggage of Ryoko, while she is telling him what a good job he does is more interesting that a super virus that can kill anyone in the world. Plus not everything is logical or that scientific from a detective’s point of view and all cases end up being non-detective with so many magic stuff they have in them.The rest of the cast is completely flat and you hardly get to see them being colorized. They are there just playing their roles without anything for you to care about. The most interesting amongst them is Ryoko’s main rival and her own aid, and only because they are their evil counterparts albeit with less charm and screen-time. The production values are very good, as everything is drawn with great detail and good lighting and shadowing effects. The OST is also made to feel like it fits the show, Jazz, Blues, and a touch of film-noir. Both lack some fine details to count as super great but are otherwise very good.In all, this show is not really good outside the cool/sexy Ryoko and her dog Izumida. The cases are played out in a silly and boring way, the rest of the cast is uninteresting, and even the main duo never develops to anything more than what you see them at first. Replay value is practically zero and your enjoyment equals how many episodes you could stare at those two before getting bored with the rest. I managed to stand them for three. If you liked it, also try Kuroshitsuji. It is gayer but it has more weirdness in visuals to keep you interested for more. And now for some excused scorings. ART SECTION: 7/10 Analysis: General Artwork 1/2, Character Figures 2/2, Backgrounds 2/2, Animation 1/2, Visual Effects 1/2 SOUND SECTION: 7/10 Analysis: Voice Acting 2/3, Music Themes 3/4, Sound Effects 2/3 STORY SECTION: 2/10 Analysis: Premise 1/2, Pacing 0/2, Complexity 0/2, Plausibility 0/2, Conclusion 1/2 CHARACTER SECTION: 5/10 Analysis: Presence 2/2, Personality 2/2, Backdrop 1/2, Development 0/2, Catharsis 0/2 VALUE SECTION: 1/10 Analysis: Historical Value 0/3, Rewatchability 0/3, Memorability 1/4 ENJOYMENT SECTION: 1/10 Analysis: Art 0/1, Sound 0/2, Story 0/3, Characters 1/4 VERDICT: 4/10 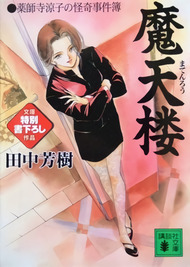 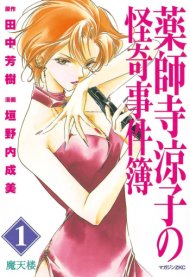