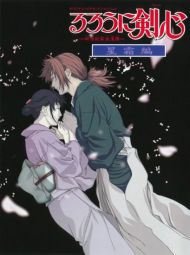 I wanted to give the story a higher score, unfortunately I gave it the highest score I could give. The story of Kenshin is excellent and the ending part of this OVA series was exceptional and extremely emotional. However, the beginning seems to jump around excessively. I understand the point of the flashbacks is most likely to illustrate how Kaoru is thinking back about the past as she waits for Kenshin. However, if you decide to watch this OVA series you should definately have seen the anime or read up to the part with Enishi before watching this because the flashbacks would only confuse you if you do not already know the story.  The animation was above average but I could definately tell that this was made before Kenshin's New Kyoto Arc. However, I was suprised to find out it was made after the OVAs about Kenshin and his Previous Wife. I really felt that the OVA's with Kenshin and Tomoi were made extremly beautifully both when it came to the intense action scenes and when it came to the extremely emotional scenes. The animation just felt more powerful than it did this time. However, maybe that was the intention given the circumstances of the characters. After all, they were no longer young and healthy. Maybe the duller animation was symbolic... or maybe I'm just reading too much into it.  The sound was also extremely good. I don't have much to say about it though. The Voice actors all did a excellent Job. I watched the engish Dubbed version and was more than satisfied with everything on this aspect. The Characters I gave a high score to. I felt compelled to give them a 10, but I unfortunately couldn't. This is because they really don't give enough information about the characters and what they were doing between the time skip between Enishi and present day. They share a bit of information and flash back to things we already know about. However, other than Kaoru, Kenshin, and a bit about their child and Enishi, they really let the other characters go. They give little tid bits of info and let you imagine the rest. I know it is only 2 short OVA's but I really felt they could have done more with the character development. That is why this catagory recieved a 8.5. Honestly, it probably should be lower. However, Kenshin and Kaoru's preformance in the movie make up for what the other characters lack quite a bit and made me feel pretty confident in giving the characters this overall score. I especially like how mature Kaoru is in this series over how she is in the original anime. Overall, I'd definately suggest watching this OVA series if you are a Ruroni Kenshin Fan, even Casually. If you aren't then I think you could still enjoy it if you get some backstory first about the characters and what had happened.

I have to say, ever since Naruto before the Shippuden arcs in the manga, I have come to hate flashbacks in the middle of an important segment of a story and does nothing to advance it, and this oav does nothing more than reinforce that. I am grateful they did include Enishi and has pretty much his foundational motivations down, but he wasn’t fleshed out and doesn’t really explore him in full depth such as his fighting style and the significance of his sword. I say you’re going to have to read the manga to fully understand his character and it also excludes Enishi’s comrades and the fights they have with Kenshin’s crew, and how Kaoru was able to stop Enishi from going crazy. I say if they dropped the flashbacks and did the Jinchu arc or part of it instead, they could have gotten a fraction of it down and I would have been satsified. And another thing I personally didn’t like about this installment was that it was so damn depressing. I know the first oav was sad, but at least there was character development. And in further addition, not only did fans protest the bullshit ending to this oav, even Watsuki, the original manga author of all people disapproved of it. How the fuck can you have Kenshin die of a disease? I can understand dying from abusing the shit out of Hiten Mitsurugi-Ryu, but a disease? Come fucking on here. At least give him a death as epic as Joe Yabuki from Ashita no Joe! Also, can’t we have at least a comedic moment? I want Sano to make me laugh his with idiocy, or Kenshin act like a klutz, or Yahiko have a brother-sister like argument. Where the hell was all that? Did a bunch of emos write this shit or something? And one last thing? Where the fuck was Saitou? He deserves his right to settle his score with Kenshin dammit!!! I know Saitou in the manga sort of buried the hatchet, but I still think we need a fight at least for the sake of some kind of closure to that rivalry whether or not the Kenshin that he is now wouldn’t give Saitou the fight he wants. If they managed to squeeze that, I would have forgiven this oav for it’s flaws.The art style and character design is pretty much the same from the first oav, so nothing too much to add and it does make up for the bullshit story. I’ll also admit it also still suits the more serious mood. In the flash back scenes, I did like how they executed the Jin-E and Kenshin fight, and I liked how they made Sano’s hair look more realistic, but yet still feel true to the character, and I thought his Rambo look was pretty cool. There is action, but I felt it could have had more. I thought the Enishi and Kenshin fight didn’t live up to the manga and we really don’t see any of the other cast members such as Kenji, Yahiko, or Sano in action either. Pretty much the voice acting cast from the TV series is back and still do their roles well and in conjunction to the tone of the TV series. And Enishi is played by Sasaki Nozomu most famous for playing Yusuke from Yuu Yuu Hakusho and Tetsuo from Akira, and I felt he brought those qualities to Enishi as well. The music presence in this oav is pretty much the same from the last so you can see my review on that in that oav as well.All I can say is that the ending to this OAV is pretty much an insult to the franchise and its fans. They managed to do the origin story very well, and they had no excuse to fuck up with this one. You might as well end it with Kenshin meeting Tom Cruise in his last samurai character and deciding to convert to the church of scientology to atone for his sins. To me, the people who wrote this god awful story raped Kenshin in the same light that Lucas and Spielberg raped Indiana Jones. Just animate the whole fucking Jinchuu arc and you had what I would call an epic master piece, but instead, we get an epic piece of crap. 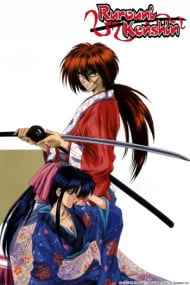 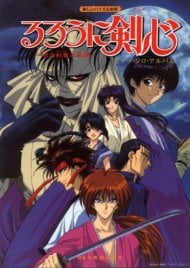 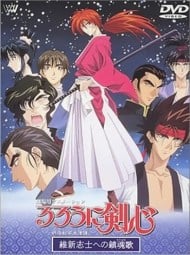 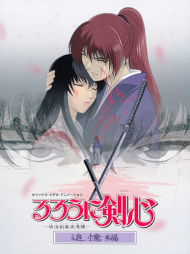 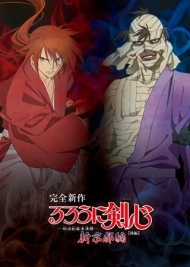 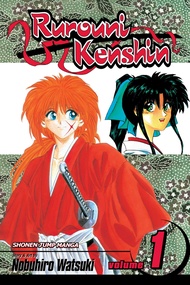 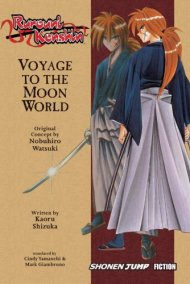 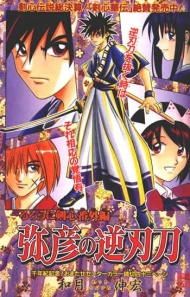 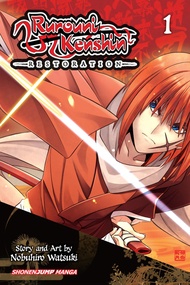 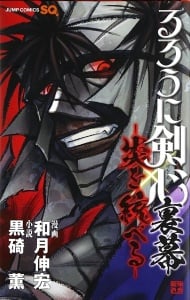 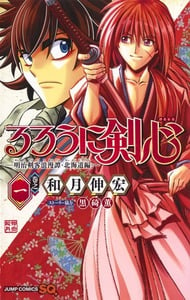 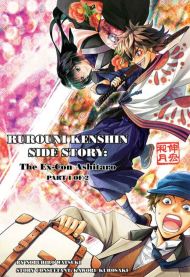