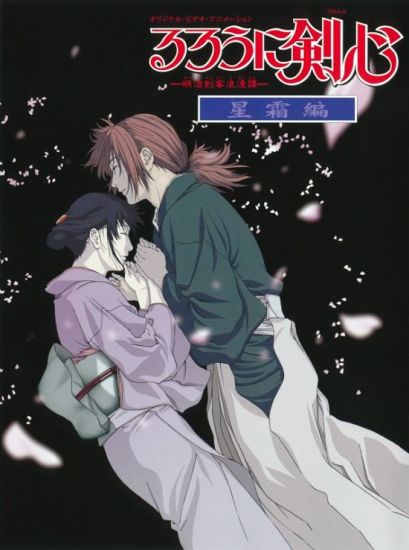 Like tragedy? Sai Kano is for you. Admittedly, it is SO depressing it comes off as a little cheezy, in my opinion, but still a very sad, good watch.

If you liked the emotional tearing you went through with Kenshin OVA 2, you will love the gaping hole left behind by Sai Kano. It's a really beautiful story, just REALLY depressing. Consider this your warning.

Saikano and Kenshin both involve a body that is being destroyed because of the battles it has seen and how it affects those who suffer because of it and those who try to ease the pain. Saikano and Kenshin's ending have a lot in common when you look at the plot and the characters, and both put emphasis on drama over battles.

I recommend this to likers of sai kano because of the similaer theme of sadness it portrays. But Seisouhen is oh so much more. As stated its the Grand Finale and a goodbye to the Kenshin series. Make sure you you watch Kenshin TV and Tsuikohen befor eyou see this. A fantastic story that all lovers of sai kano must see. 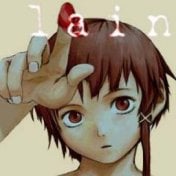 If you love a romantic story that tears your emotions to shred then you'll love Saikano! Both animes are similar because they imperfect loves. You ride along with each couple, rooting for them to have their happily ever after but it never comes. Awww star crossed lovers *sigh*

Oboro, a naive, love-struck girl, is pledged to Gennosuke, an idealist. Both are successors to opposing ninja clans with a long history of hatred kept barely in check by a covenant of peace. Just as the two vow to reconcile the clans with their marriage, the shogun orders the feud to resume in order to resolve an internal struggle that threatens to tear the Tokugawa shogunate apart. Even worse, Oboro and Gennosuke themselves are forced to lead their clans in battle. Can the star-crossed lovers resist the brutal circumstances and remain true to their love as the death toll rises?

Pain and sadness can be felt in both Basilisk and Kenshin OVA 2. There's some nice action on the side too, though for me that's not where the emphasis lies. What's more is that these are samurai and ninja anime, and are often liked by the same people! 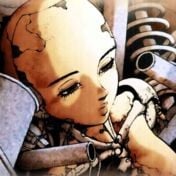 Both are Samurai themed and visually stunning in terms of action, but are also deeply moving tales of self-sacrafice. If you enjoyed this in one than you will love it in the other.

Basilisk is like the little sister of Rurouni Kenshin: Seisouhen. Where Basilisk doesn't have quite the background story that Rurouni Kenshin does it still holds the same purity for star crossed lovers. Both animes are an emotional roller coaster and have plenty of action to go around.

Another tear jerker. Different kind of tragedy, but still very moving and touching.

Both will tug at your heart as painful and deep tales of sacrafice, struggle and sadness that you'd be inhuman not to shed a tear for...(sniff)...

I'm just repeating the recommendations I did for Kenshin OVA 1: Jinroh has as much drama as the Kenshin OVAs and some serious fights.

Jin-Roh is a depressing parallel to little red riding hood, and it is quite sad. It will leave you with an 'interesting' feeling, just as you surely felt after watching the Kenshin OVAs. If you liked one of these anime, give the other a try!

Voices of a Distant Star is a desperate story that will leave you feeling depressed, and as far away from life as the Kenshin OVA 2 did. If you were a fan of one of these anime, give the other a try. 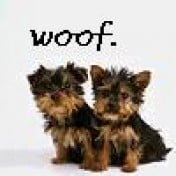 In both Hoshi no Koe and Seisouhen, the main character goes on a journey far far away from their loved one. It is unsure when or even if they will be able to return, and both may cause you to shed a tear (or ten). 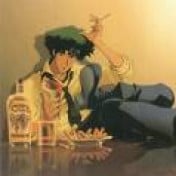 Both Kenshin and Afro share the same traits but have different formulas. While Kenshin is far more of a dramatic telling of the lost and regaining of innocence, Afro is a quick-paced revenge story. What the two share is the archetypal lone wolf character with unbeatable skills. The beautiful animation and bloody battles are told in a stylized way. 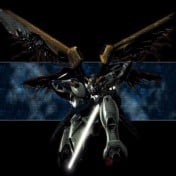 If you like extraordinary fights and samurai, then you'll enjoy Afro Samurai and Kenshin. The characters are different, though you'll see two awesome ways to handle a katana (and for different purposes). It's exciting to see these two lethal warriors fight for their beliefs and their revenge. Enjoy.

The animation of X TV is great, and the show is carried out quite beautifully, which makes it similar to Kenshin in that respect. The story is very serious and not at all light hearted. This is true for the Kenshin OVA as well.

Jubei Kibagami is just a wandering swordsman minding his own business... until fate lands him in the middle of a battle with the terrifying Devils of Kimon! Now the fate of all of Japan lies in the hands of a vagabond samurai, a deadly female ninja and a perverted old monk as they take on an enemy who is, literally, immortal.

For those who like well animated samurai fights like in Kenshin OVA 2, I recommend the Ninja Scroll movie.

Inuyasha and Sesshoumaru’s father was a powerful demon who used three swords of great power. While Inuyasha swings the Tetsusaiga to protect his friends, Sesshoumaru carries the Tensaiga and has the ability to save souls, leaving the inheritance of the powerful possessed sword Sou’unga undecided. After laying dormant for 700 years, the seal has broken and it has found its way into Inuyasha’s hands. Determined to claim the sword, Sesshoumaru sets out to find it. Can Inuyasha master Sou’unga and hold back Sesshoumaru, or will the evil spirit of the blade be his master? 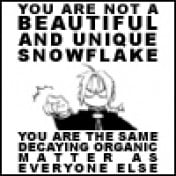 Inuyasha Movie 3 and Kenshin Seisouhen may not have a lot in common but the concept of legacy and saving the world are active elements in both. So if you liked one, you'd probably like the other.

Even though I'll admit these anime are quite different in several aspects, I cannot help but link them to each other when I remember the feelings and actions taken by the characters. With feelings of love and friendship, these guys push forward and face all difficulties.