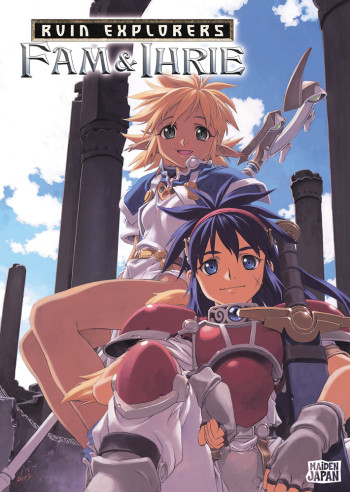 Story: So in this anime the start of the stroy was balanced and then it gets a little better but not to better I wish they had more Episodes but hey I love it alot the main cast of Characters where cool as hell

Animation: This was one of the more better Animation's that I have seen from the old style Animes I realy loved the way it look and the feel that I got from it was relly good super cool if you ask me

Sound: Smooth and nice sound n o high and low spots from what I have heard 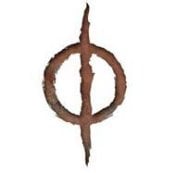 Ruin Explorers turn you exactly in to what name states: Someone who looks at this old anime in hopes of finding a treasure but you´ll need to first search it in order to see whether you´ll find a treasure or just piles dirt. So what does this 4 episode OVA hide inside ?

The story takes us to a fantasy world where people called Ruin Explorers do their work in order to either stay alive by finding at least something valuable or they search for mythical treasures of immense power. In this world Ihrie and Fam are on a search for the “Ultimate Power” in order to fulfil their wishes. Along the way they meet a few other characters with the same idea on mind as them, a prince who wishes to avenge himself for the demise of his kingdom and you can pretty much guess how it all turns out. By now you may already think that there isn´t really much of originality in the story or the settings but the way the story is told and how it all unfolds is a rather refreshing return to the good old days when fantasy anime were still all about magic and monsters rather than fanservice and commerciality. But I would also lie if I said that this show is perfect. It has it´s minor setbacks and not all things are cleared or explained in the end but the ending is nice and satisfactory never the less.

The number of characters in this show is rather low but who´d need more in a 4 episode OVA, right ? The main duo Ihrie and Fam are done nicely, each having their own distinctive personality which only contributes to the old days of fantasy anime. Ihrie being the headstrong tomboy with mild temper and swords flying around while Fam is the gentle and innocent type that would never hurt a fly and is the main source of “accidents” which put a smile on your face. The rest of the supporting characters are pretty much as you´d expect them to be. You have the rivals, the greedy merchant, the arch-villain and a handsome prince looking for revenge. The downside (more or less) is that none of the characters is actually looked at deeply. Meaning that aside from a glimpse of Ihries´ and the princes´ background there isn´t almost any character development.

The animation is the same as the entire anime – old school. The character models, the backgrounds, the depth of the colours or the details. Everything is as it should be considering the age of this anime. It all smells of nostalgia and the good old days of anime like Slayers or Gokudou-kun Manyuuki. Of course, it´s no eye-candy like today's shows but it has it´s own ring to it and if you aren´t an addict to the modern looks of anime this will hardy be a distraction or a negative for you.

The OP and the ED are nice but you´ll probably skip them after the first time hearing them. They too are in the tone of the old ways but that doesn´t mean they´re bad, just that they aren´t that good either, but how can you judge until you hear it for yourself, no ?

It was rather nice to once again see a fantasy anime that actually is a fantasy anime. Don´t get me wrong, I have nothing against modern fantasy anime but it´s just that the old ones seem to be a bit more true to the genre than the modern ones. All in all, the show was entertaining despite how short it was so I don´t see a reason why not give it a try.

Ruin Explorers is a nice yet short anime that isn´t that great and doesn´t really stand out that much yet it still manages to bee good enough to entertain you for the entire run of the 4 episodes. The story is nice (yet maybe not so original), the characters are likeable, the art is nothing to be afraid of and the sound is also nothing horrible. So, what are you still waiting for ? ^^

(4)-Definitely worth seeing more than 3 times…

(2)- Seeing once is more than enough.

(1)- Impossible to even reach the end…