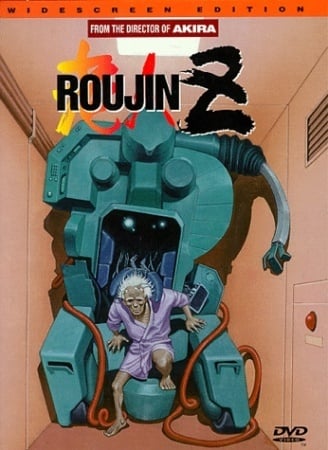 Saki Asami works in the emergency room at the Suginami Hospital. Patients needing emergency attention come to her workplace, night and day.Here, Saki comes into contact with people from different backgrounds and it is here that we see her in full action as the enthuastic nurse wanting to help everyone.

Inside the Surgery Room it is always very dramatic! Hayashi Akiko, 22 year old single! Searching for highly praised in dramas cool surgeon boyfriend became a nurse. To become a popular woman, she applied for a job as an Surgeon Nurse! But in reality working in a hospital is way different that in dramas! It's very rigorous and cruel place... The bittersweet struggles of a clumsy nurse in the surgery room!

Aoi Misora is a third-year nurse at a prestigious hospital. After she is involved in trouble at the Emergency Center, she is transferred to a medical ward of an affiliated hospital. Unlike her previous workplace, the medical ward is a crucial place where patients who survived the emergency room must be looked after with extreme care. But it’s also a place for dishonest and unskilled doctors. Moreover, it is also a place for cozy ties between politicians and doctors, where the priority is not patient care but profit. Still, Aoi puts every effort forward to take care of patients with her heart and soul. The harder she tries, the more she is alienated from the proud doctors. But with the support of another nurse, Kyoko Komine, and also Dr. Takagi, Aoi succeeds in changing the minds of those around her.

This offbeat Japanese manga tells the action-packed tale of the Cyber 7, a team of biologically enginered robot protectors who attempt to save humanity from a threat beyond imagination.

Akira Natsume seems to almost have a phobia of electrical devices while also being very good at diagnosing them. He resolves to change himself for the better and get a girlfriend like his older brother did. ...But then Akira suddenly dies in an accident. 16 years later a special policewoman and her android partner retrieve and activate a highly advanced AI and superweapon called EX-ARM and put it into full control of their ship as a last resort. Turns out the AI is actually just Akira's brain!

Henmi is second-year nurse who works where death lies in wait - a hospital. She witnesses the naked tragedy concerning the life and death of various patients.

Dr. Don Juan, a lady's man who has not failed to kill every patient he operates on; Dr. Kang who will do anything for another liter of RH-A type blood; Nurse Lee, a former supermodel who gets diced into pieces in the hospital's high-tech preparation machine, and many, many more. Madtown Hospital is black comedy on prescription steroids!

Ninomiya Naoto has just gained his license for working as a male nurse and is now looking for a job. Luckily for him, Sakajou Saori, the doctor known for her "batting treatment" is willing to lend him a hand.