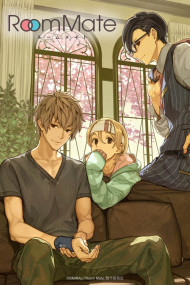 The Roommates Welcome You

The Roommates' Day Off

The Roommates Make a Decision

Waiting for the Roommates

I really have no idea what the heck I just watched. I saw the low ratings and I thought I'd watch it just because I love to laugh at bad anime, but I don't even know if this could be considered an anime at all because it's just not really a show. So it's kind of obvious from the very short description provided but there is no plot. What little plot there is, however, is extremely dull and revolves way too much around this constant awkward sexual tension between the three young men and the protagonist. I'm actually thankful that the episodes were just 4 minutes long because there's no way I would have wasted my time sitting through that for 20 minutes per episode. The whole thing is just a very vague, loosely stringed together and extremely awkward social situation that made me cringe more often than it entertained me. I already knew it was a POV anime before I watched it (I didn't even know those existed until now and I wish I'd never found out), but I wasn't expecting it to be quite that awkward, seriously. The reason I'm not giving this a 1/10 or even a 0.1/10 is because I actually thought the characters weren't bad at all. It seemed a shame, because in my opinion, if the same characters and setting had been put into a less weird, less awkward and less terrible show, it could have had real potential. Obviously I can't comment on character development though because it doesn't exist in this anime, if you can call it anime. But like I said, I wish the same characters had been used for something that actually had a decent plot and story behind it, because it seemed like a waste. I kind of wanted to know more about the characters as people, so using them in such a short, disastrous show was definitely a mistake. The animation is just your average, run-of-the-mill animation for a series that came out this year. Nothing bad, but nothing good, it just gets the job done. I must say that it would have been nice to have a change of scenery occasionally, considering the whole thing took place in just one building, but I can't really complain about that because the whole show totals to less than an hour's worth of episodes. The same can be said sound-wise except worse, because there's nothing that's really worth pointing out at all. You can tell hardly any work was put into the sound, but I suppose that's obvious from the outset. Honestly, I can see why this show has such bad ratings because it breaks every rule that basic good anime should follow. My strong dislike of POV anime (and other similar things such as x-reader fanfiction) probably biases this review slightly, but if you watch it, I'm sure you'll see why. It's awkward at best and cringeworthy at worst. I understood from the beginning that this aspect was what was supposed to be appealing because the guys are cute or whatever, but it doesn't work. At all. I don't regret watching it though, because not only has it made me realise just how brilliant some shows are in comparison to this trash, but it's also taught me to completely disassociate myself from anything that's filmed from the POV of the viewer. The word "cringe" is overused nowadays but it accurately sums up my experience with this. I suppose it's alright if you want to kill time, but there are so many better shows you could kill time with than this.

no... just no... Story targeted to impressionable teenage girl, which I'm a part of that demographic so i though id at least enjoy this anime a little. Well bad news for you because I have the mentality of an old lady! The anime is about this girl taking charge of an apartment and suddenly meeting 3 hot guys! One semi naked! (how is this pg 13?) I just finished the anime as I'm writing this, and I have no idea what the story was since it was very boring, basic and boring.  Something that bother me from the beginning it's that, this anime is a p.o.v, meaning point of view right? So tell me why suddenly the camera is pointing from above? Am I floating? At this point I think they just forgot about that part while making it.  This combined with a shitty story line makes it impossible to know what the fuck is going on. Am I actually in this room with them or is it a separate scene? What the actual fuck is this girl saying? Are they gay? (they are so gay) Why is this dude pinning me against the wall? I'm calling the police. WHY WAS THERE A SCENE WERE ONE OF THE GUYS TITS WAS BOUNCING?!? I CANT GET IT OUT OF MY HEAD PLEASE SEND HELP And they really pulled up with the "nO LoVe In tHE doRMs Or yOu aRe OuT!!!!" thing the most unreal and ridiculous trope in shoujo they really did... I didn't had high hope for this anime, but I still got disappointed. I give it a 0.5/5 or 1/10  Thanks for reading my stupid opinions.

Strange story about a few (gay)boys. The episodes are short, i think thats ok because i think when it's a long story you will be bored. I think when you are not gay you don't like Room Mate hihi, lol. The Animation is ok, it's slow but nice to see. The end song is good and always funny to see. Characters in Room Mate are very seriously and this story, it give you the feeling your in the story, you are element of Room Mate. 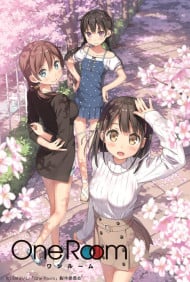 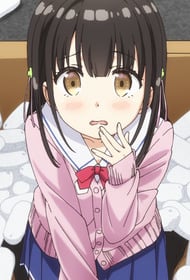