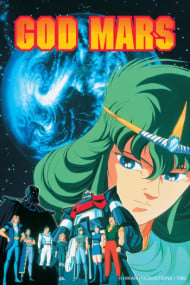 A young boy is sent from a distant star to destroy Earth, but after experiencing the beauty of the planet and its inhabitants, begins to question his mission. With the aid of the powerful robot God Mars, the boy struggles to protect Earth from his own people, and as a result, is forced to do battle with his very own brother.

651 users are tracking this. Log in to see stats.

The Six Gods, Unable to Combine?!

Pluto, the Planet of Hell

The Girl from Space!

Who Does the Mysterious Voice Belong to?!

The only thing standing between Earth and immediate destruction is a 17 yearold superhuman, Takeru, and his red fat lipped robot Gaia. (And a group of earthling defenders ironically called Cosmo Crusher, but they can never seem to handle anything themselves...) Will there ever be two seconds of peace again?! STORY Takeru was separated at birth and sent to Earth as a human bomb by Empoeror Zool, your typical tyrannical space ruler who's fine killing off his inadequite goons one by one. He made a miscalculation however: this kid grew up with loving parents, which instilled in him such a strong desire to protect the earth that he refuses to explode his "home"! What a shame... The remainder of this arc drags you through Esper robot fights in a predictable monster-of-the-week manner. You can count on Gaia combining into Godmars at exactly the same time in every episode after Cosmo gets beat up. Whether it's being banished because he's too dangerous to have around, or being the single being powerful enough to do crap, Takeru begins his journey of neverending fights for the sake of universal peace~ If 30 episodes of that couldn't hold your attention, get ready for arc two. Now, Takeru gets Earth into more messes - battles with space pirates, war with another planet, Zool again?! - and you guessed it: more Esper robots! But actually things get super political here and at least a little more intriguing than the formulaic first half. (Basically, Takeru gets involved in a Plus vs Minus superhuman genocide and presidential overthrow.) The last dozen episodes are what saved the series for me, since after being so OP Takeru is finally faced with legitimate struggles and hardships, and watching your mc suffer is great terrible. Why did they make us wait 45 episodes for this?? To make us suffer? ANIMATION Even as someone who honestly enjoys old style series, this had some effects that just bugged me and never stopped bugging me throughout its entirety. Case A: the triple takes - the same shot replayed but faster and more zoomed in each time. Ugh. Case B: overused transition/transformation sequences - like Voltron and many other mecha series, this reuses the exact same scene of the 6 robots coming together. It's made even more annoying because you know exactly when it's coming, and from episode 1 to 64 it's the same angle shot of Takeru getting sucked in the chest of Gaia and blasting off. Quite cheap... Case C: Lipsinking was off in crucial scenes, and in general all the battles were just still images with freakishly colorful, moving backgrounds with choppy editing to boot. SOUND Just, get used to the same themes and effects being played over and over... CHARACTERS The team forming Cosmo Crusher is very dear to Takeru, but he's always carrying them in battle. To give them some credit, they saved him by diversion a few times and would handle the easier tasks while Takeru faced the actual threats... but still they certainly would have let Earth be destroyed if their superhuman buddy wasn't around. Eventually I think even Takeru knows this, cause he goes off on his own a lot more. They also adopt an orphan kid who always tries to be like our powerful mc... Speaking of that, what are the powers of a superhuman, you might wonder? Is it incredible strength, telekinesis, or laser eyes?! Sorry to disappoint ya... it's actually shooting your own shiny, spiky anime hair into your enemy's eyes, making shockwaves with your wrists, and the pokemon move double team. The most useful ability is Takeru's hyper sense to incoming danger, albeit being very convenient. His psychic powers are linked to his robots as well, whose designs are even more basic than the basic crew of Cosmo. OVERALL A series that preaches how love and perseverance can carry you through anything, and will have you wishing for something with a milliliter more of thrill. I'm no psychic, but the predictablilty of this show is insanely simple - having each episode with the same plot but different enemy robots doesn't invoke overflowing anticipation of what's happening next. The ending is an exception to this and was very rewarding after slugging through so much of the same old thing... however not enough of a treat for me to tell you to invest your time here. If your searching for a much better, plot driven, old style mecha series, head over to Giant Gorg! 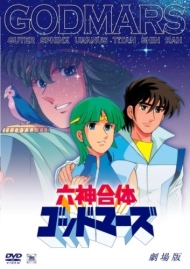 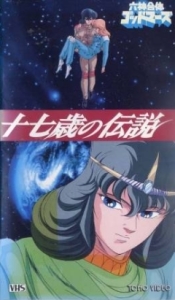