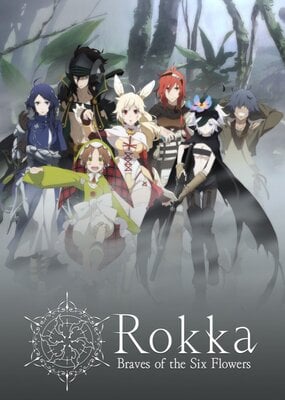 The Strongest Man In The World

The Girl Who Kills Braves

A Trap and a Rout

The Reasons of the Two

The Average Man and the Genius

The Time to Reveal the Answer

Rokka is the best anime of summer of 2015. Which means absolutely nothing since that season was the worst in decades, and even on its own it isn’t a good show to begin with. Everything about it is constantly giving you excuses to drop it, unless you have a really bad taste. Here are 10 reasons for why you should drop it too. 1) Mediocre production values. The CGI is weak, and most movements are messy. Really great work coming from the studio that blessed us with Rail Wars. 2) Mediocre premise. It’s just about some heroes going to beat some lame looking CGI monsters.3) The character designs are lame, so you can’t take anyone seriously. They look like they belong in a circus, or a brothel. 4) The twist in the otherwise mediocre premise (that is, one of them being a traitor) is revealed in the very description of the show, thus it is not a twist at all.5) The plot is not slow; it is not going anywhere. It comes to a halt after the twist we all knew about right away, and the rest of the show is wasted on going in circles until the issue is resolved.6) Theory crafting about who is the traitor, is not a positive trait, since you are imagining stuff that do not exist within the show, with the actual show being empty of content. 7) You are not allowed to like any of the characters, because the show refuses to reveal much about them. Since you are not supposed to know who the traitor is, close to no information becomes public, and you spend the whole show not trusting them instead of feeling sympathy towards them. No matter what happens to them is not tragic or funny, because you constantly suspect everybody to be doing stuff for the sake of fooling you into not suspecting them. 8) Whatever crumbs of information you are allowed to know, come in the form of lazy expotalk. They say how they feel or what they did, instead of showing it. 9) When the issue is finally resolved, we do not get to see the continuation of their generic adventure to go beat some monsters. The show ends right there, with no closure.10) Even if a sequel gets to be made, we will still get no actual continuation or closure; because the first season ends by essentially repeating the exact same issue (turns out another one of them is a traitor). Thus the sequel will also be wasted on repeating the exact same stuff, all over again, without going anywhere. And since I am spoiled by the light novel readers of what happens next, the second traitor will not be revealed before episode 60, at which point nobody would give a damn anymore, and the logic behind the whole thing is nonsense anyways. Yeah, I am pretty sure the light novel readers will be calling it amazing, but then again we are talking about people who consider Sword Art Online and Mahouka to be masterpieces. And that is why despite the seemingly positive feedback it got from those who followed it to the end, it is not good and the sooner we let it behind us, the better we can focus on titles that actually deserve our attention.

For this review, I have included highlights of the PROS and CONS at the end. STORY:  6/10 It’s about a journey of six warriors called the Braves of Six Flowers. They happen to be randomly selected, strong, talented people who receive special abilities bestowed upon them by the Goddess of Fate. They exist only to defeat the re-resurrected Demon God who rules over creatures known as fiends, but who desires to rule over fiends and humans alike. This cycle of the resurrected Demon God and the selected Braves has happened many times before. There can only be six Braves chosen at one resurrection. However, this time there are seven, which means one is an imposter; a betrayer to humankind. The story is nothing new, but that doesn’t make it bad necessarily. In fact, if done well it could be an excellent rehashing of a typical mundane premise. That is what I was hoping for. Unfortunately, it was not. Passione failed in that aspect. Now you may ask, “But why is the story scored a 6/10 if it was such a failure?” The answer is simple; where it was a letdown by the time the ending had arrived, it surprisingly succeeded elsewhere. It is true that the final battle against the Demon God could have been epic had it actually happened! That was not the case, hence the failure since that should’ve been the main story arc with the mysterious seventh false Brave being the enriching sub arc...which instead happened to be the main story arc, but it is where it succeeded as well. The way that the enigma of the seventh was broken down piece by piece was done at a high level. I found myself intrigued, curious, and guessing all along the way. That is why I scored the overall story a 6. ANIMATION:  7/10 The animation is a mixed bag but with more positive than negative points. There is a rather significant amount of both constant and consistent movement among the characters. Where the animation is bad is in the CG department. I mean BAD! It’s awful, low-budget, and sloppy. Passione would’ve been smarter had the studio removed the CG altogether and left the viewer mentally pretending what was happening on screen without the CG. Thank goodness it was relatively limited in its usage. The art aspect is solid. The range of color used is pleasing to the eyes, even when they find themselves in the darker temple or foggy forest. Although dreary and not nearly as bright, it is appropriate for their respective settings within in the timeline of the main story arc. The design, color, and uniqueness of the characters is above average as well. SOUND:  7/10 The OP and ED are nothing special. They aren’t memorable. However, the background music throughout does a decent job of coinciding with the specific scene and the sound effects are quite good. Both noticeably improve the battles and make them more engaging. CHARACTERS:  5/10 First off, their development is practically nonexistent outside of Adlet and Flamie. That is largely disappointing since the anime does not go very far in terms of story progression, at least not outside of the seventh Brave conundrum. Due to that, both Adelt and Flamie are the best of the group, with Hans being a surprise third. I found myself hating him before inevitably liking him because of how his character got some glimpse of development. Besides, he is written well. Worthless characters would have to be Goldof and Maura. Goldof could’ve been missing the entire anime and you would not have even noticed. Maura, although a main character, is without a doubt the most uninteresting one. She does have relevance though, unlike Goldof. OVERALL:  32/50 (61 points) Rokka: Braves of the Six Flowers is a mix of some good points and some bad ones. Due that and to the inconsistencies in its surprises, I can’t fully endorse the anime. If you’re looking for a clever mystery of a false seventh Brave and some good, short battle scenes, then you might enjoy this. If you’re expecting it to be about the defeating of the Demon God, then you won’t enjoy this because it never comes to the fruition the way you would expect it too; certainly not in this season, which will likely be the only one to be made. ENTERTAINMENT SCORE:  7/10 ACHIEVEMENT SCORE:  +0 to OVERALL My expectations were Moderate, and it delivered both Slightly Above and Slightly Below those expectations, which makes it Spot-on overall. PROS - Nice deduction of various scenarios, especially considering the synopsis somewhat spoiled the surprise of the main story arc- The various Braves with their different skills and personalities- Some of the fights are fun and engaging, albeit a little too short- The surprise ending CONS - The surprise ending that left the story wide open for an unlikely sequel/continuation- CG was horrendous- Lack of character development whose name isn’t for Adlet and Flamie 2️⃣Weighted Average System Score: (18 + 7 + 7 + 15 + 14 + 0 = 61/100) Additional Information: Video Format:  HD Streaming Audio Format:  English dubbed Publisher:  Crunchyroll Equipment Used:  Acer AN515-53-55G9 Nitro 5 Laptop

I don't usually write reviews but after seeing that there's a lot of people who didn't like this series.. And as I just finished this series and I LOVED the whole thing (Watched it in 1 sitting.) I just feel like I'll need to add my own perspective to this. Rokka No Yuusha is a Adventure/Action/Fantasy/Mystery anime. It starts off with an introduction to the world and the main character. The world seems to be another "Demon king" story where Humans are fighting fiends and every 300 years the great Demon King ressurects. Every time he revives the goddess of fate chooses 6 heroes to fight him so that the balance in the world would continue.  Getting to the main character introduction - Bargining into a huge holy tournament and our main character shouts "I am the strongest man in the world". The strange thing is that from the start, the main character wasn't a dick and he was a really fresh main character with his attitude - As his attitude is likeable from the start. After his "Debute proclamation" about his "strength" he literally gets swarmed and his ass kicked by guards. After which he was imprisoned for a year. Thankfully a year later he gets chosen as 1 of the 6 heroes and gets saved by the princess who was another one of the 6 heroes. From that point onward the adventure begins - to the place where the 6 heroes usually gather. But what is interesting that this adventure "Arc" is actually pretty short (Only about 5~ episodes long for the 12 episode run time) and it's there to get you invested for the characters. What makes this Anime interesting is that the adventure itself is mostly an introduction to the world and the main characters, after which it will turn into a mystery anime where they discover that 1 of them is a "fake" hero and they will need to find out who it is before they all die. During the mystery arc, the best part is that the darkest sides of a person will show up and life will start to seem much cheaper as killing a fellow human is something they don't think twice about. The only issue I find is that it feels like it was cut short because from the Opening it was obvious that this story was intending to go far further than the Mystery aspect which took up half the anime.. But this compact story with a GREAT twist at the end is a must watch in my honest opininon. The music is brilliant and the environments are lush and beautiful. The characters look good and except for CGI that the fiends are usually made out of it's a really good looking anime. The music during the adventuring sections really built up a good atmosphere for me. 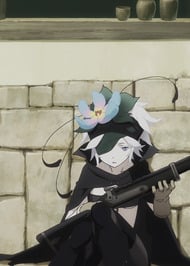 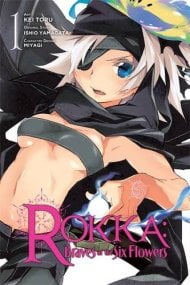 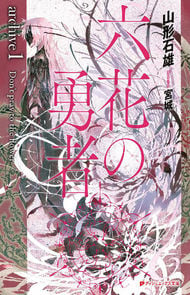