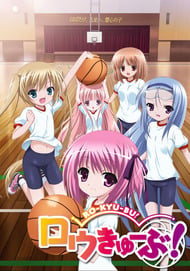 If you live in Japan, Ro-Kyu-Bu started off as a series of light novels with highly suggestive and sexualized drawings of 12 year old girls on the cover.  Of the following adaptations, the anime came between some moe manga and a psuedo-H game for the psp.  All of this was marketed with terrifyingly pornographic merchandise and otaku fodder of the creepiest variety. If you live in America, Ro-Kyu-Bu is an anime available on Hulu with a tragically confused identity.  Some would have you believe that this is an innocent show about sweet little girls growing up and learning how to play basketball.  Others will tell you that this is actually a grotesque depiction of lolicons and pedophilia galore.  Neither are true.  This show doesn't know what it wants to be, which leaves me wondering who it was actually made for? Synopsis (Necessary) Subaru is a talented basketball player who has just started his first year of high school on a hard-earned sports scholarship.  But when his coach is fired for inappropriate relations with a young student, it leaves Subaru with no basketball team and no way to play.  In order to keep him motivated, his aunt forces him to coach for the elementary school girl's team.  Subaru must now guide five young girls towards becoming confident basketball players while avoiding the dreaded label of 'lolicon.' Story (1/10) Ro-Kyu-Bu had great potential to be a touching story about coaching kids.  It really did.  The characters are written well enough to have intensely adorable moments that are true to the realities of working with children.  But when the girls introduce themselves in maid outfits, you have to question the overall direction. Throughout the entire series we are exposed to twelve year old girls showering, losing their swimsuit tops, losing their panties, and putting their crotches in inappropriate places.  Thankfully, the main character remains vaguely disinterested.  While there are many incidents that imply he is developing an attraction towards one of the girls, they are quickly given an alternative innocent explanation, leaving you to chose which one to believe in.  Nothing is ever resolved. To further confuse the issue, there seem to be a limited number of ecchi moments per episode and many inappropriate actions (or misunderstandings) have consequences.  Most of the cast act disdainful towards lolicons and pedophilia, which results in the audience often getting scolded after fan service.  This means most of our time is spent giving generic lessons on teamwork and the importance of having fun.  Unfortunately, in the spirit of Care Bears these morals are spoken literally in trite speeches that are largely unbelievable or bland.  And with little to no sub-plots to cut in the monotony of encouraging words, the back-and-forth seesaw of children's cartoon to ecchi has a serious lack of flow. Characters (5/10) This is where most of the show's potential lay.  Many of the character's reactions are quite realistic, especially in the depictions of absurd-little-girl logic.  Our main character does not blush and embarrass himself every time a 12 year old girl hits on him (though there are many unnecessarily awkward moments).  There is even a certain amount of consistency in our characters, leaving them easily definable and sufficiently distinct. The main failing here is in development.  We learn a little backstory on each character, but it's limited and lacks depth.  Most of the obstacles are overcome in simple ways that involve little discussion, such as a race or basketball game.  Even when an emotional conflict arises that could lead to two characters growing and understanding each other better, it is resolved through a physical match or simple observation and the opportunity for character substance is wasted. It should also be mentioned that our main character, Subaru, has been made bland in order to avoid committing to any particular direction.  The girls force him into a semi-typical harem situation, but he doesn't strongly react to any of them.  He has a love interest his own age, but he seems disinterested when she isn't naked.  In fact, he seems to only have hormonal or emotional responses when it is blatantly unavoidable.  Otherwise, his main goal is pacifying everyone with a kind smile. Animation (3/10) In our theme of combining Care Bears and suggestive materials, the show is filled with really bright colors.  The five girls are color coded like magical girls, and look like pretty basic loli's.  The animation style seems to lack detail unless focusing on someone's developing breasts or panda bear panties.  Additionally, some panels fail to properly show movement, leaving eyes to spread further apart or mouths to stretch oddly wider. All in all, it was bright and lazy. Sound (2/10) I imagine the music would be most appropriate in a Japanese day care.  More shiny happy encouraging words sung by high-pitched voices.  Nothing I haven't heard a million times, and kinda annoying.  Also, a little creepy considering the actual content of the show. Overall (3/10) I have to imagine what a lolicon is actually looking for in this kind of show.  Is there a specific type of creeper who wants to see little girls naked, but wants it all protected under an umbrella of misunderstandings while being told how disgusting he is?  What am I saying, of course there is.  Duh.  The real question is, why is the Japanese market catering to them?  To conclude, I did not enjoy this experience, but the show is not entirely devoid of entertaining elements.  There were times when I was bored, scenes where I was revolted, and moments when I actually yelled out "How cute!"  So, if you have watched absolutely everything else, don't mind the pedo fan service, and really want to see little girls be cute, you might watch this. Just try not to spend any time actually thinking about the intent of the ecchi, or you step into the fridge horror of Japanese sociology. 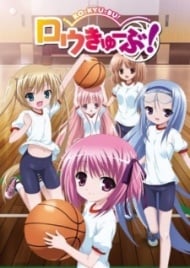 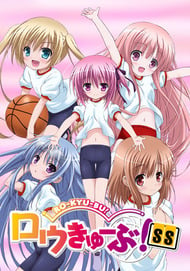 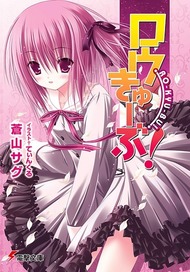 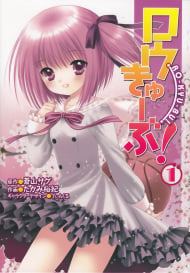