Rick and Morty: The Great Yokai Battle of Akihabara - Recommendations 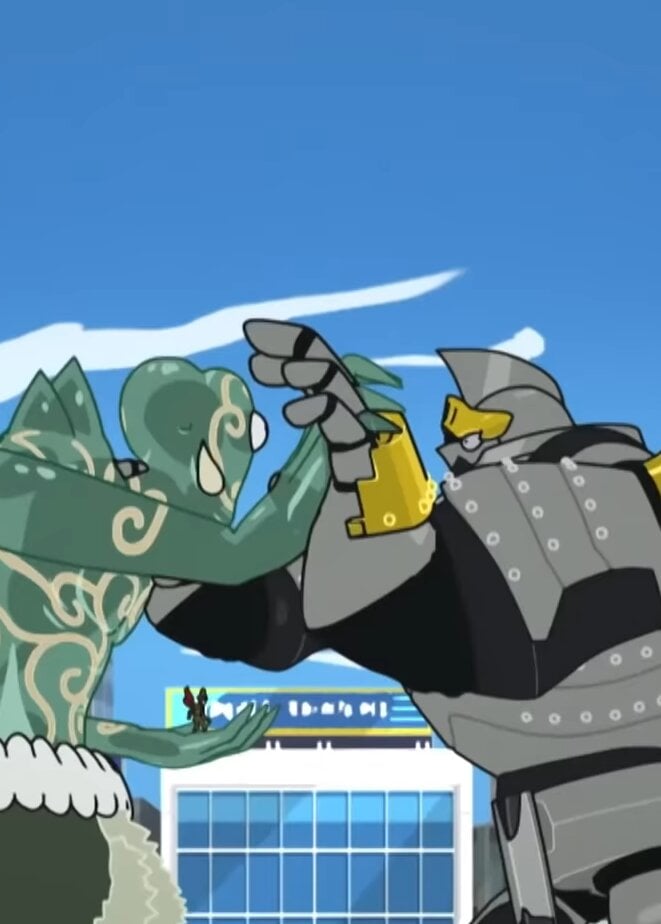 If you're looking for manga similar to Rick and Morty: The Great Yokai Battle of Akihabara, you might like these titles.

Sulley and Mike work at Monsters, Inc., the biggest scream processing plant in Monstropolis. When one little child named Boo wanders into their world, it's the monsters who are scared silly. Thinking she is dangerous and toxic, Sulley and Mike do their best to return Boo to her bedroom, but there are some monstrous hurdles in their way.

Blossom (Momoko), Bubbles (Miyako) and Buttercup (Kaoru) are three normal girls, living in a peaceful town. Suddenly, a big ice mountain arrives in Tokyo, and when Ken accidentally breaks it, both good and evil powers comes out of it. When the three girls got hit by this strange power, they turned into transforming super heroes, who promised the mayor to protect Tokyo. However, the black power hits several animals, and they all turn evil, especially the extra smart one, Mojo. It's up to the girls now to save the day! Even if it means that the Powerpuff Boys Z will lift up their shirt or if they'll arrive in mortal danger! Get ready for a big adventure!

Alice Kingsleigh was a young girl when she visited the magical world of Underland for the first time. Now a teenager, she spots a white rabbit at a garden party and tumbles down a hole after him where she is reunited with her old friends. Alice soon learns it is her destiny to end the Red Queen's reign of terror.

My Little Pony: The Manga – A Day in the Life of Equestria

When Pinkie Pie lends a hoof to help Twilight Sparkle and Spike clean up the castle Library, she discovers a mysterious mirror with the power to gaze into alternate realities. Upon entering the portal-like mirror, Pinkie Pie sets off a chain of events that could spell doom for Equestria!