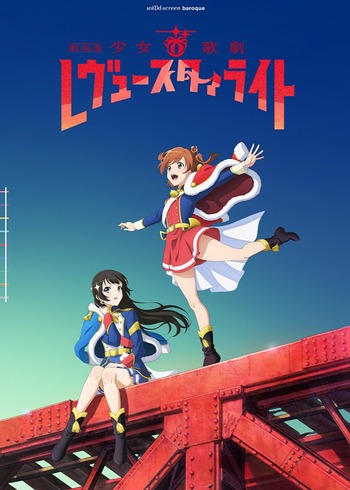 A young boy who has always hated his girlish voice meets a striking man with a captivating voice. They try to figure out their feelings while striving to realize their dreams in theater.

Ue wo Shita e no Dilettante

A renegade television producer strikes out on his own to produce a variety show and hires a gifted singer – one who is very ugly but turns beautiful if she fasts. Now add an undead boyfriend (made that way by the television producer) and an international singing star.

Ishin, an aloof vocalist with natural talent, and Kaoru, a struggling singer with a background in traditional folk music, are a duo about to make their debut. They've been clashing like oil and water since the president of their talent agency teamed them up despite their differences. However, recording their debut record certainly hasn't been going smoothly. Still, Ishin and Kaoru are putting everything they've got into this debut so they can make it big. Soon, something clicks between them during the recording. That night, the excitement lingers on and something happens.