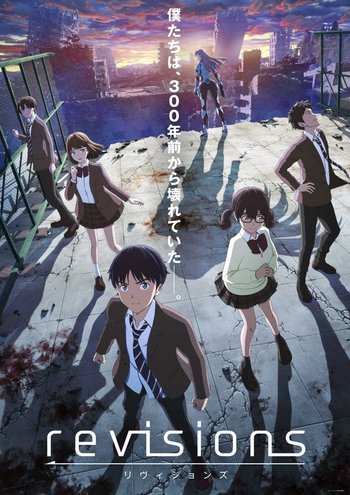 These are both good shows, with good stories, that have mech robots and characters whose lives you become invested in. they also both share the Mech, Sci-fi, and Action tags and have similar themes even if the stories aren't exactly alike.

In the near future, global warming has taken its toll, destroying most cities and leaving the majority of the world underwater. In what once was Japan, a government-spawned organization called JESAS has taken control of not only waste management and resources, but also protecting the country from others with the use of pilot-controlled Robotic Weaponry. These outstanding young people have an exceptional sixth sense called AI, and might just be the last chance the Earth has to survive...

In 2014, aliens suddenly appear on earth and propose to trade humanoid robots called ""EXOFRAMES"" for a small price. The outstanding versatility and exceedingly low cost of the alien technology is immediately put to use in industries and battlefields across the globe. Beyond pre-existing weapons, even the existing social order seemingly become obsolete.

The action story follows three girls who grow up on the island of Okinawa — and discover a robot.

Mobile Century 8013... More than seven millennia after the fall of the human race, the many military robots remaining on Earth still spend each day engaged in an endless war. As the battle for dominance rages between the Rebellion Federation that controls Europe and the Principality of Sin centered in Asia, three young robots stand up to put an end to the meaningless war.