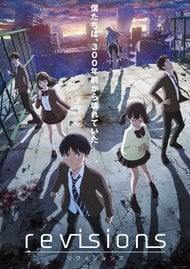 Daisuke Doujima is a second-year high school student who, as a child, was kidnapped. Daisuke, along with his friends Gai, Luu, Marimari, and Keisaku, get wrapped up in the mysterious phenomenon known as the "Shibuya Drift." The central area of Shibuya rises up and is transported at least 300 years in the "future." What awaits them is a vast wasteland and forest dotted with ruins. There, they will work with the future people "revisions" to operate giant mechanical monsters. Daisuke meets a girl named Milo, who has the same name as the person who kidnapped Daisuke. Milo informs Daisuke that he's the only one who can operate the "doll weapon String Puppet" and protect Shibuya. Daisuke and his friends must take back the present by fighting the future in a town of isolation, against an unknown enemy.

Good god this anime is trash.  The protagonist is literally the dumbest and most annoying protag in the history of animation for 10 of 12 episodes.  Just about everyone else is dumb as a box of rocks.  Example, during the monster attack in the beginning of the series, a scared person goes through a door and then goes through extra effort to close it behind them leaving kids to be killed by a monster.  A monster that is 1.) too big to fit through the door in the first place, and 2.) strong enough to easily rip out the walls around the door.  Or how bout the police woman who decides to save her armed boss by standing in front him, preventing him from shooting the guy picking up a gun without having to shove the idiot woman out of the way first, resulting in him getting shot.  Is that what they teach at the police academy?  Or the city at large deciding its a great idea to use the power battery that supplies the mecha to power lights and other crap thus leaving them defenseless when it runs out.  This show absolutely infuriates me.  Don't waste your time on this terrible crap. P.S.  The animation...  So the mecha and monsters are animated pretty well.  Its the standard walking motion of the characters that takes you out of the show.  Its all CGI and frequenly badly done like the level of a cheaply made PS3 game.  Some movements are unnaturally fluid.   Others are just straight up unnatural like characters walking down the street like they are goosesteping in a nazi parade or walking into a room with their legs pointed in such different directions you'd think they just had an iron rod implanted into their rectum.  And yet when they do something action-oriented, it looks pretty good. 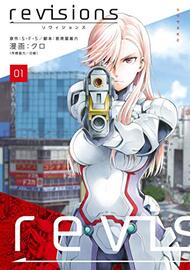 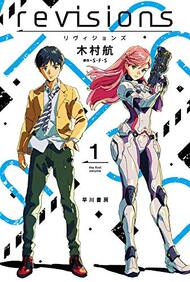