Restaurant to Another World 2 - Reviews 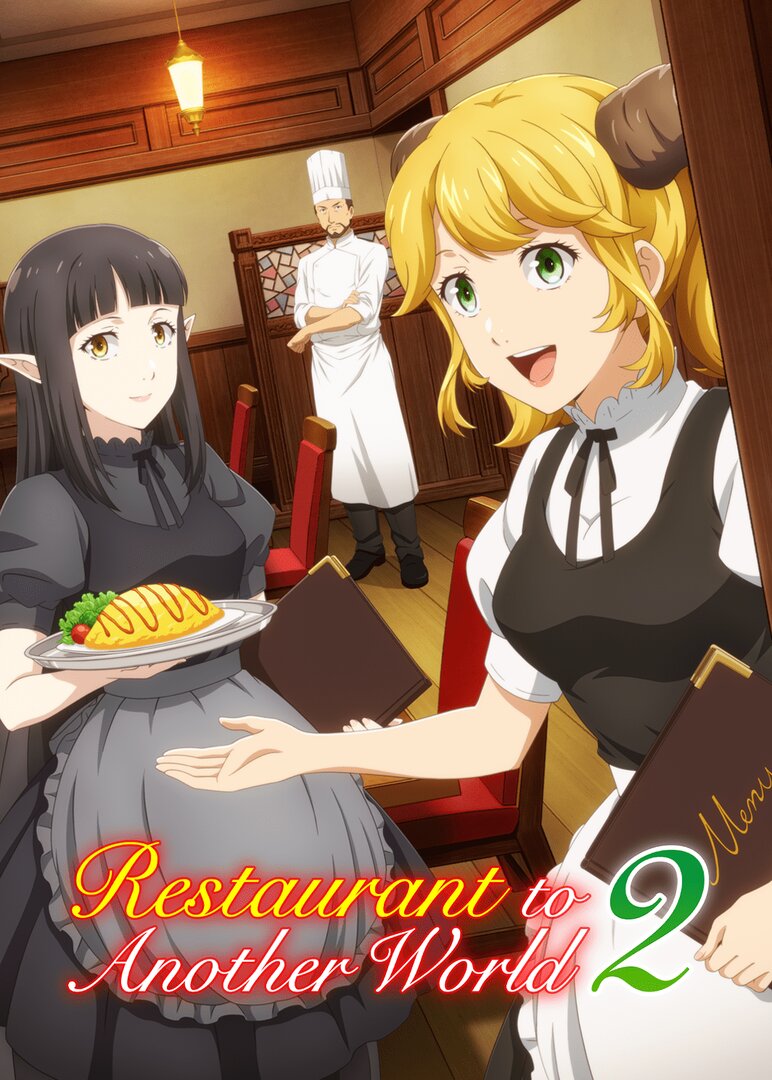 Well, if you're here and you've watched the first season odds are you'll like this. Very little changes across seasons. It's still the same old formula. Every problem the original had still carried over. Fortunately, they develop the customers more, this is why I like season 2 better. Though I still feel sad, that my one hope for this season didn't get realised. The employees don't get much more screen time than season 1 nor do they get developed further.

if you're reading this review, you probably seen season 1 already, so im not gonna do a breakdown like usual.

If you liked the first season, you'll like this season as well as the anime itself has a rather relaxing chill vibe to it, which is not what some people are looking for when watching an anime, but if you enjoyed the first season you probably don't mind/a fan of the genre.

Improvements to this season

- more likeable characters and stories as usual
- a few continuation of past stories/catching up with the characters introduced last season.

That's about it, i personally loved it! its definitely one of the more rewatchable animes out there.

In my opinion the second season does a great job of rounding off the current story with a lovely ending. The Light lovel is still in production. Maybe we will get a third season some time in the future.

One of the first anime I watched it will always be in my heart, everything was the same which I appreciated and the customers where more develoveped however the .5 points of the charecters is because the waiteresses didnt get enough screen time so I was crying when their little screen time ended. I wish we caught up on some old charecters just to see how their doing to add a little more varity to what is played but 10/10 best for eating or just something to put on as background.

When I first heard that this series was getting a season 2, I was really looking forward to watching it because it has been a good few years since I last seen it Like everyone else, I was more looking forward to the food that would be appearing throughout the whole show and of course, feel hungry as well as jealous to not have access to these types of foods because I do not live in Japan…

Anyways it was nice seeing Aletta, Kuro and chef god himself, Tenshu again to cook up a storm. This season is my first time hearing the sub actors and honestly they were so good with their roles! The whole series would relax you like there’s no serious fights in this or dark skeletons in the closet with each character who come into the restaurant. Heck even the music was nice like the opening and the closing songs were honestly so sweet, your ears will thank you I swear!

Now I will say that the art was off at times and some characters were a bit too quick to jump into the marriage scene (not gonna tell who btw) and we didn’t really get a deep dive into that. I know the show focuses more on the food rather than each characters plot but still, I would’ve liked to get to know the characters more.

Regardless I can’t wait for season 3 lads when it does come out!