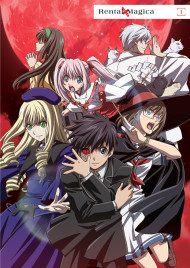 Right, it's confession time for me. If you have been reading my reviews than you may have noticed that I tend to rip the anime a new one. There is a reason for this though and it has to do with the fact that I can't turn my brain off when watching anime. I can't ignore the stupid shown in the anime and this is a problem as most anime are very stupid indeed. In this case I'm not talking about a 90 pound girl catching a multi-ton cruise missile and throwing it back. Yes, it is stupid but it is a stupid that I'll allow. It's anime. Things like this are normal here and I'm pretty much fine with it. It annoys me to be sure but I will not rant about it. So, having explained this lets rip into this anime shall we? Just a heads up: There will most probably be spoilers. The more I hate an anime the more spoilers there will be. ART: It is decent enough and gets the job done. I have little to complain about really so I won't. SOUND: Can't remember a single note from the anime and probably woudn't remember it even if you played it for me. Contrairy to what you may think, this is actually a good thing. It means that while it didn't blow me away it didn't annoy me either. Voice acting is pretty solid. CHARACTERS: Main character is Itsuki. After his father mysteriously disappears he is left to run his company. He is rather timid, kind and well-meaning and is not a mage. He does have special sight in one eye that he always keeps covered by an eyepatch. Astral is company founded by Itsuki's father that specializes in renting out mages. A large number of mages are employed by Astral and each specializes in a different type of magic. Ophion is an organisation of Dark magicians and Astral often runs into them. STORY: After his father vanished it falls to Itsuki to keep his company from going under. This would be a difficult job under normal circumstances but his company, Astral, specializes in renting out mages. Making a difficult job harder is the fact that Itsuki is not a mage himself. Fortunately he is not completely helpless as the mages at Astral know that if Itsuki fails then they will be without a job so letting him fail is not an option. Itsuki also has a secret under his eyepatch. His eye can see magic and with it help those under him to fight it. Will ie be enough. RANT: I remember watching this series a very long time ago and being very disappointed in it. You have a world where magic is real! Just think of the possebilities of this fact and the wonders you can put on screen. Anime is a medium that lends itself to stories such as these. What I remember is a very generic story that left me greatly disappointed. The characters are whatever their powers are and rarely, if ever, get to be outside their little box they've been placed in. I really should look at it again in order to make a proper review but the fact that I'm looking at the box and feel no inclination to do so kind of says it all. If you are interested look at the first few episodes online and decide on that. What you see in those episodes won't change much throughout the rest of the series. 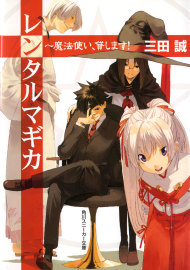 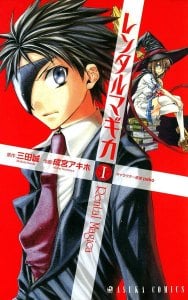 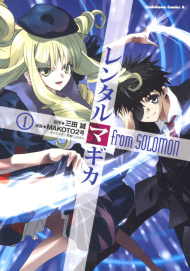