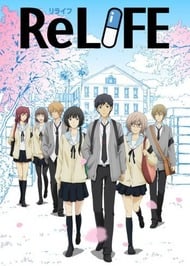 Every once in a while, there appears a title that doesn't strive to take the top positions in the anime ladders. A title that just simply serves the purpose of providing the viewer with a good time. A show that enables the spectator to temporarily escape from the struggles of everyday life, delve into the story and share a few enjoyable moments with its characters. Even though we tend to forget the contents of the show fairly quickly, the pleasant feeling of actually experiencing, what the title has to offer, lingers for a pretty long time. Recently, I grew very fond of this kind of shows. ReLIFE is yet another well-executed example of such pleasant experience.      The story itself follows the classic archetype of highschool drama/comedy we saw many times already. The main character with his own share of troubles spends his time meddling with various problems of his schoolmates, helping them out to obtain their desired happiness. Some may say that they are fed up with this clichéd design, but it doesn't really bother me. The reason is that this show is really well-executed. There is a lot of both funny and sad moments in ReLIFE, but it doesn't ever cross the borders of becoming irritating. The jokes don't seem forced and when there are sad moments filled with tears, I can empathize with the protagonists. Not every title can deliver this sort of emotions without them becoming too forced. I am also satisfied with the pacing of the anime. There were quite a few events in the 13 episodes that kept me entertained and interested the whole time. The paranormal aspect of the show, with the age transformation pill is also a wonderful fresh breeze in the genre of highschool anime and will probably play a big role in the future plot development.      Unlike most of the shows, ReLIFE doesn't introduce many characters. The main group consists of three boys and three girls. Aside from Arata (the MC), there are only two girls in the show, Rena and Chizuru, who undergo more serious character development. All the other protagonists moreless serve the supporting role. Given the fact that the show consists of only 13 episodes, this model seems adequate. There is also a room for the potential development of other characters (Ryo, An, Ohga), should ReLIFE receive another season in the future. If I ought to choose a girl that impressed me the most, I would go with Hishiro Chizuru. I find her personality and appearance rather appealing.      The audiovisual aspect of the show is by no means exceptional, but it fits well with the atmosphere. I am sure Hishiro's creepy smile will haunt me in the sleep for quite some time. The openings and endings were pretty average and didn't really stick in my head (which may be a good thing as well, considering the endless-loop-listening to my favourite anime music).      To sum this review up, I will state my final verdict. I am really glad I stumbled upon ReLIFE. It made my day (which I would otherwise spend with some boring game, thanks to the rainy weather) a very pleasant one. Even though I don't think I will remember much of this show in the future, it left a really good impression on me and I wouldn't hesitate to watch the continuation of the story. If you are wondering whether you should spend your time with ReLIFE, I can only recommend it. Trust me, you won't regret your decision. 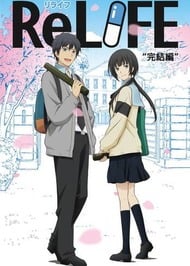 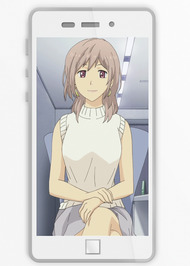 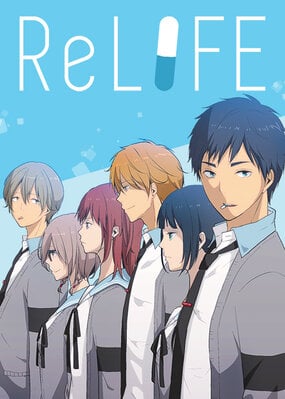 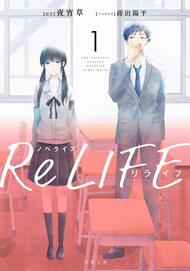