Reincarnated as a sentient weapon with memories of his past life, but not his name, a magical sword saves a young beastgirl from a life of slavery. Fran, the cat-eared girl, becomes his wielder, and wants only to grow stronger, while the sword wants to know why he is here. Together, the strange duo’s journey has only just begun! 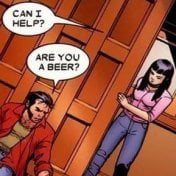 This show is what I most look forward to watching this winter season, along with two others. The season is not yet finished, but I see no reason for it to diverge from its current path. It's a very cute show.

If your having trouble falling asleep, I recomend this show. It redefines the meaning of laziness in it's writing. The charcters are all about as bland as it gets, and no matter how hard I search I just can't seem to find the plot.

3S Review no. 72 (short, simple and salty/sweet/spicy) Isekais have reached a new high of laziness, the show starts with a single line, the protagonist saying, oh, it seems that I died. I shit you not, that is it. It appears that he died and boom he is reincarnated. I don’t how it can get more lazy than this. Story, so, it is another isekai, and what is unique about it, it is that the protagonist is reincarnated into a sword. And that is unique cause you see… the sword is completely overpowered, like all the other reincarnated protagonists, but, but, but now, the little cute girl that ends up picking up the sword also becomes completely overpowered, so instead of just one, we have two undeservingly, unfairly, unrightfully broken protagonists. Isn’t that unique or what? In fact it is so unique that it doesn’t even remind me of MAR, an almost 20 years old show by now, that the protagonist is transferred into a magical world encountering a talking weapon (a hammer-flail combo thingy) and they become partners, I see no resemblance whatsoever, I mean one is an isekai, the other one is exactly the same thing, but without reincarnation, the kid just gets transferred there, nevermind it plays out the same way, it just goes to say how meaningful the concept of isekai is nowdays. Anyway, this could have been a good show, most of isekais could be good, but we have one of the same here, overpowered from the get go, overcoming every obstacle with ease, no stakes, like every injury is restored in a matter of seconds, even torn limbs, superficial targets like evolving, really? Is that the goal, for the girl to evolve? We couldn’t come with anything better? Also the sword talks of course, it even uses hands at some point, I won’t be surprised if it even transforms into a cute guy, like the slime tranformed, like the spider transformed etc. So, to make a long story short, it is unoriginal and unexciting, it is the exact same recipe that you either hate or love, but it has decent pace, some ok action, some mildly funny interactions, so it ain’t all that terrible. The characters are what you would expect from a show like this, nothing you haven’t seen before. Yeah the girl is cute or adorable, but the cute girl has already been solved in anime for years now, nothing to be excited about, but you slap some cat ears on top, and I bet a lot of people will drool over the character, and even though I should be biased, cause Fran is a black cat such as myself, I’m still not impressed. Animation is above average I’d say, some action moments are well animated, the overall design is fine, not really unique or original, but it works and there are some nice details to be found here and there. Sound is good, opening is nice, ending is ok, music is fitting and voice acting is stellar. So, is it worth a watch? No, it is one of the exact same, nothing exciting about it. But, you see it tried nothing new, so it didn’t fail either, follows the same recipe, so if you enjoyed the shows before it, then you will enjoy this one as well. I for once, now that we got the sword addition to the pile of reincarnated stuff, can’t wait for the time that a show is made with a guy getting reincarnated as turd, I mean, think about it, getting revenge on all the assholes of the world, that would be some exciting shit. 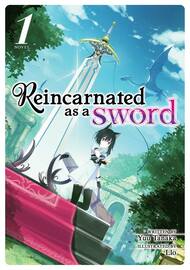 Reincarnated as a Sword (Light Novel) 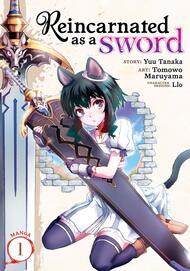 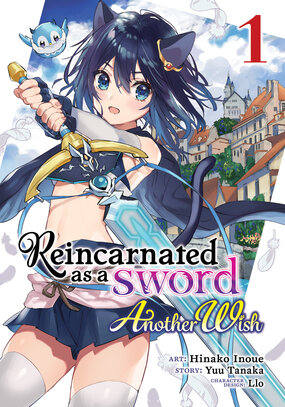 Reincarnated as a Sword: Another Wish