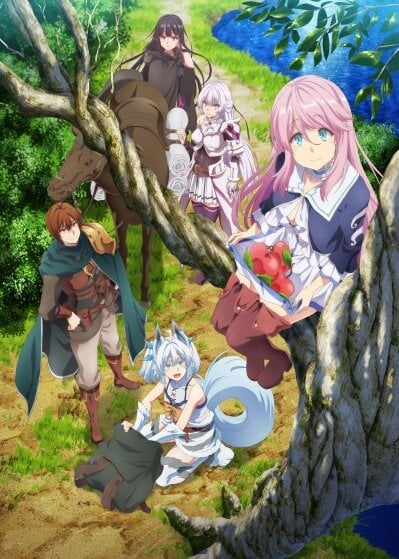 Betrayal of colleagues, and wishes of getting strong after going insane.

Low life character is betrayed by his comrades, becomes OP, and turns on his former teammates. Arifureta puts the focus on adventuring and building a harem. Redo of Healer is much, much darker and keeps the focus on the revenge plot.

Both seeks revenge from a certain woman which tore the person down into pieces. Either it's 81tch or its Flare, it doesn't change the fact both protagonists hate their former colleagues.

So this is basically Shield Hero, but the guy gets raped and he ends up doing a lot of that back. Like think of shield hero, but a lot more dark and a bit more nude.

While Basara, Mio, and Yuki have picked up their seemingly ordinary lives, they were attacked by magic-wielding humans when preparing for the upcoming sports event. Basara tries to become stronger by strengthening the testament when Rukia, Maria's sister, suddenly appears. Unknowingly, the war deciding the future of the demon realm has started.

The Armed Virus plagues a small percent of the female population, turning girls into living weapons that are activated with a special...touch. Afraid of the power they hold, these girls are sent to islands where they either survive or die trying. Mamori Tokonome is sent to Mermaid Island and thrust into a world where she is paired up with the mysterious and buxom beauty, Mirei Shikishima. Pressed against a corner, a passionate kiss releases Mamori's power and she becomes a mighty sword that, in Mirei's strong grip, is a fearsome weapon. Together they'll face the Wärter, a group that believes in ruling with a firm hand, who seek the most powerful weapons. Wanting nothing to do with this organization, Mamori and Mirei must find their own way home before the Wärter can claim them for good. The harder they fight, the closer they grow-can Mamori handle when the battle and feelings heat up.

Because she committed the sin of pride against God, the Great Angel Lucifer was cast into Hell and became a Fallen Angel. Also at the lowest level of Hell, the hierarchy of demons have sealed away Lucifer’s powers. Lucifer had lost everything, but along with the Demon King of Envy, Leviathan, that admires Lucifer and a high school girl she met on Earth named Totsuka Maria, she becomes the Demon King of Pride Lucifer and begins her journey to revenge on the Seven Demon Kings of Hell. A book of Revelations with the “Seven Deadly Sins” portrayed by beautiful Demon Kings is about to begin.

On a solemn night in July 1998, teenager Fujino Asagami is mercilessly raped by a street gang in a dilapidated bar. No matter what physical or sexual abuse they deal, however, the girl regards her captors with the same apathetic expression. The next day, mangled bodies are discovered in that same building, so torn apart that investigators find it infeasible to even consider the culprit human...