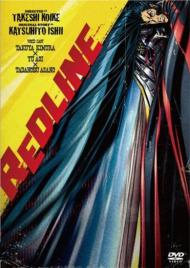 In a time where hover cars reign supreme and wheeled vehicles are a thing of the past, one group of dedicated speedsters aim for the ultimate goal: to compete in the notorious "Redline" race. In a no-holds-barred battle where anything goes from nitro boosters to all-out warfare and dirty tactics, competitors must be prepared for anything. Having lost out in the qualifying Yellowline race, "Sweet" JP finally gets the chance to participate in Redline as a substitute. However, with his car requiring a total rebuild, the Roboworld government using all their military might to prevent the race from happening, and host of the universe’s best racers – including the beautiful Sonoshee McLaren – to contend with, can JP go for glory and take the checkered flag?

This movie ( which has absolutely no relation to One Piece ) is aimed at fans of racing movies, such as The Fast and the Furious. On a secondary level it will appeal dearly to anyone who loves great animation, over the top action, and not much of a plot to tire his mind while looking at the pretty lights. Anime and racing go way back as the original Speed Racer but it was only after Initial D came around that people started to care about the genre in those weird Asian cartoons. Many others tried to redo its fame but none managed to do so… until this baby came out. VRRRRUUUUM! The production took seven whole years just to guarantee the necessary quality and style that such a project would require. And DAMN I must say the results are rewarding you in the fullest. I mean DAMN it looks super epic gorgeous just to look at. It has this style that makes it feel like a stylish graphic novel and soundtracks full of beat. It is not a first; they did a similar style in Dead Leaves and Trava: Fist Planet but the budget alone makes this ten times cooler. Studio Madhouse once again proves that it’s the king of anime series with this beauty, and if GAINAX hadn’t made Gurren Lagann while the film was still in the making, it would have caused an unparallel tsunami of excitement worldwide in its stead. But it’s ok; I consider Red Line to be the Gurren Lagann of movies. So, just like your typical blood-boiling racing movie, the goal everybody has in the story is to win in a race. That is all, do not look any deeper for more, these guys just live to race. Although there are some attempts to flavor it further by inserting some secondary events, such as miners trying to sabotage a military facility, which is hiding a weapon of mass destruction, which goes out of control, which causes laser satellites to fire upon the planet, which causes Katsuhiro Otomo to think about suing them for shamelessly stealing all his ideas from Akira, down to it the story is by far the least of your concerns and by far the weakest aspect of the film. You are not watching this for its substance but for its over-the-top style; end of story. Everything follows the rule of cool and thus you get these insane stunts and explosions which if the story was trying even a little bit to show realistically, would have resulted to the horrible deaths of all the competitors in just a few minutes after the race begins. I mean, seriously, don’t try to make any sense of it because you will be facepalming every 30 seconds and you will miss all the awesomeness of the action. ZZZVIIINNN! Just like the story, the characters are also nothing complicating. We basically have 8 cars with one or two drivers in each, and every one of them is there for fame and glory. They are all quite the crazy folks risking their lives for a silly race but then again the whole point of the movie is to bring out their idealism to heights of mount Everest, so they fit the whole thing. Plus, none of them are fakin wimps like most of modern shows are full of today. THIS IS GAR MAN! I LOVE GAR! They are walking down the street with their uber machoness and revealing sexuality, making everybody to just drop their jaws and look for their ejected eyeballs by the awesomeness. DIS IS DA SH1T YIHA!The story focuses mostly on two drivers, JP and Sonoshee, as well as the childhood fiend Frizbee and his shady dealings with the mafia regarding fixed races. The first two are like star-crossed lovers and to be honest I didn’t like how they even tried to include such sloppy excuses for romance in this mess. I guess it’s necessary to show some sort of romance amongst all the madness for the first place. It’s still weak though. As for his friend, well, he is supposed to make things more grey but the way everything in this movie happen are so insane that it doesn’t mean much in the longrun. As for all the rest, they are there only for flavoring the whole thing and despite each one being presented as entirely different, they are eventually quite unimportant despite the epic stuff that blow up around them. KAPOOOOWWWW! Anyways, both characters and story are eventually nothing but dressing for the action, which as I said so many times it’s superb. I am usually not fond of such shallow works but it also doesn’t drag more than it should, so I don’t think I would like it if it was a series. In this case it is awesome for the purpose they make it to be; something between Oban Star Racers, Mad Max, and Death Race 2000 all in one package and hyped to over 9000 in adrenaline. If this does not get to you, nothing will.So that’s pretty much it, a movie you watch for the adrenaline and the oozing style. It’s not going to make you think about anything but it’s a great piece of action of a level much higher that most others out there. Take it as it is or GTFO!

Story- Okay so Redline doesn't have the best story ever, but some of the sub-plots are somewhat interesting, but unfortunanatly are kind of underdeveloped. Like who was the dude with the pink car pimping two girls at once? We can only assume a role-model for JP and the whole thing with Funky boy and the Robo world government... Yeah this anime didn't really need such a convoluted plot a nice simple race would have been fine, but I don't think it really takes anything away from the show. Maybe setting it up for more movies/OVAs in the future for explanation =/ unlikely but possible Animation- This is where Redline shines. This anime has the best animation I have ever seen in an anime movie hands down. I would expect nothing less of 7 years of handrawn animation. The fluidity of the animation and the complexity of the character designs are captivating and the dark shadows add a nice comic book feel to it. You must see this in Bluray if you have the chance. Sound- Great Techno and pop soundtrack that gets the blood pumping, during those exhilarating race scenes. Could have benefited a bit from some more variety (maybe some jazz or rock?) but it might not have fit in quite as well as the techno or pop did. Most of the characters even have their own theme music, which is awesome. Oh and don't forget the main theme which is kinda sappy as hell but I still love it. Its a Redline day lol! Characters- Lots of crazy characters with exiting personalities, JP is deffinetly a likable main character and Sanoshee is a great love interest, my favourite character has to be Machine Head though, I also think his theme is awesome. Overall- One of the most entertaining experiences of anime that I've ever seen with none of the stereotypes that plague modern day anime (thank god for no school girls with whiny voices and character designs that resemble blobs... well except that one alien dude lol). Watch this in the best quality you can, you won't regret it. 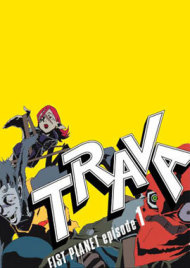 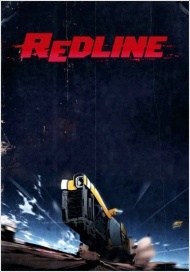