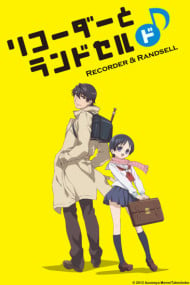 As siblings go, Atsumi and Atsushi are anything but typical. High schooler Atsumi is exceptionally small for her age, and elementary schooler Atsushi is abnormally tall with a deep voice, leading to misunderstandings on both sides! Whether Moriyama-sensei gets embarassed by Atsushi's every move, or Atsumi is offered candy meant for children, or poor Atsushi is arrested for being a perv that’s trying to snatch kids on their way to class, this brother and sister duo is bound to have an eventful day-to-day life!

Story I confess that I have a bit of a thing for short anime series. Whenever I spot any new offerings that have episodes of five minutes or less I tend to jump on them, since they’re just enough to satisfy that anime craving and handy for slotting in when I only have a few moments to spare. So, having been out of the loop for a few months, I decided to ease myself back in with the latest bitesize chunk of fun, Recorder to Randoseru. Unfortunately, my return to anime wasn’t met with a glorious fanfare, but more of a battered trumpet squawking off-key. Recorder’s premise is simple; Atsushi and Atsumi are brother and sister, except they both have unique visual quirks. High school girl Atsumi appears to be a young child, while grade schooler Atsushi looks like he should either be in university or active employment. Atsumi’s eccentricity isn’t at the forefront; instead Atsushi’s steals the main focus. Though the young boy has the mentality of a kid, his mature appearance frequently gets him into misunderstandings that more often than not lead to him being arrested for supposedly perving over little girls. This is funny. I don’t deny that. When I watched the first episode and saw him carted off by the police for giving his female classmate a scarf to keep warm, I laughed more than I would care to admit to. Unfortunately, this is the kind of joke that has a tendency to wear a little thin and there are only so many times that you can see the same gag before the hilarity runs dry. That being said, I found that there was just enough variety in the humour to keep it from going completely stale. While Atsushi does end up in police custody on several occasions, his adult-sized presence around elementary school kids offers more comedy than just that. Aside from the long arm of the law and the suspicious neighbourhood gossips giving him the evil eye at every turn, Atsushi also has to deal with his man-fearing teacher who is horrified by his very presence as well as his sister’s oblivious best friend secretly perving over him. For me, however, the most entertaining aspect is the juxtaposition between infantile mind and adult body, so scenes such as Atsushi skipping down the street like a carefree child are particularly amusing since it just feels so wrong. AnimationBy no stretch of the imagination is the show’s visual design offensive, it’s just very bland. Anime with short episodes often demonstrate a variety of animation styles, from the watercolour-esque visuals of Kuruneko, to the rougher gag-manga stylings of Damekko Doubutsu, so I’m always intrigued to see what a short series will come up with. In Recorder’s case, it didn’t bring a lot to the picnic. While shows such as Omae Umasou da na baked some quirky homemade cupcakes, Recorder simply went to the supermarket and bought some cheap own-brand biscuits and promptly sat on a few on the way home. It offers up the standard anime character design complete with loving sparkles and wibbly depression lines of doom. Unfortunately, while generally serviceable, there are odd shots where faces seem a slightly squished or out of proportion, which sadly gives off a vibe that the series was low-budget and rushed.Sound Honestly, the sound never made much of an impression. The voice actors fared well, particularly Ryotaro Okiayu’s Atsushi, who managed to ideally portray a carefree child with a clearly adult voice, which ultimately added to the comedy value of his character. Whatever background music there was never made much of an impact, indicating that it was - like everything else - neither terrible nor wonderful, and while I couldn’t hum any of the themes it’d likely be noticeable if they weren’t there. CharactersNone of Recorder’s characters are particularly ground-breaking or out of the ordinary. Aside from Atsushi and Atsumi’s obvious quirks, nobody has anything new to offer, and the rest of the cast seem to have been dredged from the bucket of stock school life characters. There are the typical mischievous grade school boys and their kind and friendly female classmate, as well as the fawning high schoolers hoping for a chance to date their crush. Basically, it’s everything you’d expect to find in this sort of series, and the spotlight rarely strays from the two protagonists. Atsumi’s friend and Atsushi’s teacher occasionally make their presence known, but their participation feels more like photobombing rather than being wholly inclusive.OverallThe best word I can use to describe this series is average. I wasn’t anticipating a masterpiece; in fact after a friend of mine completely trashed it, I was expecting the opposite. Instead, it’s neither spectacularly wonderful, nor mind-numbingly awful. The show’s hefty reliance on the one central joke could easily wear thin, but luckily since Recorder is so short it manages to just about get away with it. If you have a spare forty minutes to kill, then you might as well marathon through this – after all, it’s a far more sensible use of time than say, sadistically watching a spider attempt (and fail) to crawl its way out of a bathtub.

Story: 2/10 Q: “How much of a plot can we squeeze out of a 4-koma consisting entirely of ‘kids who don’t look their age’?”A: Not much. Q: “How many child molester jokes can we make before the censors tell us to quit?"A: Too many.Q: “How many times can we make an 11-year-old boy fall on his 20-something teacher’s boobs?”A: Once is plenty, but make sure to occasionally zoom in on them jiggling like water balloons (the boobs, not the characters).Animation: 4/10Q: “How generic can we make our characters look?”A: See if you can stick them in any other ‘comedy’ series and figure out if anyone could guess that they were from their own show.Q: “How can we make our audience feel like pedophiles?”A: 17-year-olds who look 10 and 11-year-olds who look 20. Dress the 11-year-old in a couple of fetishistic outfits for 'laughs'.Sound: 4/10Q: “How can we make sure our viewers buy our show's soundtrack?"A: Play the same flute refrain at the beginning of every episode. Take up 20% of our three-minute time with a ‘90s anime theme song.Q: “How many talented voice actors can we get to work on this?”A: A frightening number.Character: 1/10Q: “Do 11-year-olds like anything besides chocolate and sweets?”A: No.Q: “Do teenage girls like anything besides domestic activities or hunky guys?”A: No.Overall: 2/10Q: “Wow, we sure did great, didn’t we?”A: Stop.

Recorder and Ransell, as you probably know by the synopsis, is a show about a guy that looks way older than he is and a girl that looks way younger than she is. Let me start off by saying that this show is adorable (not to mention a lot of fun). Lots of situational comedy and trips to the police station. If you like the first season and are tempted to watch the other seasons there are some things you'll need to know. First off, a different company takes over, so the animation gets really bad in the second season, with minor improvements in the third season. There's not much development, since there's no room for any, but it doesn;t matter because the characters don't need to change. The entire show just plummets after he first season, so unless you're a diehard fan and you NEED more, I say save yourelf the headache. 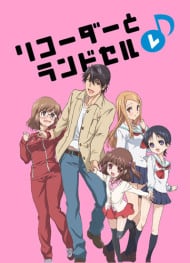 Recorder and Randsell Re 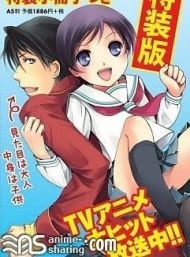 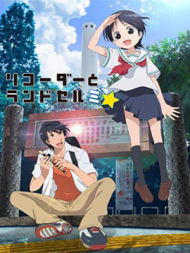 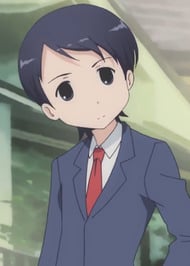 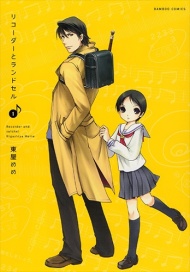