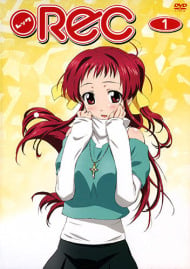 StoryProbably one of the more mature romances out there, Rec largely seems to have been swept under the rug.  I stumbled upon it entirely by accident while looking for something else, and the only reason I decided to give it a whirl was its span of nine thirteen minute episodes (there is a tenth, but it's a "bonus" episode...I never watched it.)  To my pleasant surprise, I fell in love with the series within minutes, and couldn't help but smile all the way through.Rec, in compacted terms, is a romance between two recent college graduates who are just beginning their lives in the corporate world.  There is a very natural and realistic feel to the series, as it opens up with Matsumaru getting stood up on a date -- who can't relate to that?  He ends up meeting Aka, an aspiring voice actress, and he ends up seeing a movie with her instead.  Later that night, Aka's house burns to the ground, and Matsumaru finds her alone and distraught in a park nearby her house.  He offers her a place to stay, and it kicks off from there.The story, most certainly, isn't of love at first sight.  Matsumaru has lived alone as a bachelor for quite some time in a one room (not bedroom, but room), one bathroom apartment, and he soon realizes that the addition of a roommate isn't the easiest thing to deal with.  What really hooked me about Rec is that it really reflects on the mistakes all of us make in our relationships.  Saying things that you don't actually mean, for instance, when you know it's hurting the other person, and for reasons you can't really explain.  Unlike Vegas, stress acquired at work doesn't stay at work, and the characters in Rec are definitely influenced by this; when you're not in a rational state of mind, you can do things that you'll later regret.I found myself really disappointed when it came to a close.  It has such a beautiful, elegant, and realistic quality to it that I simply didn't want it to end.  Rec has earned a special place in my collection, as its one of the few romance anime that I've come to really enjoy to its fullest.AnimationOne of the reasons Rec probably lacks in popularity is poor advertising.  From the animation, you can tell that the series had a pretty low budget.  For a fairly recent production, character designs are surprisingly simplistic and the background detail could use some work.  Still, in spite of this, I really can't find a reason to complain.  Aka is cute, and her character design fits her personality rather well (especially the hair) even if not a visual masterpiece.  The males tend to have a little less enthusiasm put into their designs, but I still find them to be passable.  For what's there, I think the animators did a good job with the tools available to them.SoundAs with the animation, the sound budget probably wasn't too hot either.  Again, though, low budget does not denote low quality, as the majority of the musical score is decent.  Perhaps the most notable aspect of the sound is the opening theme, which I began to like after the third episode for some reason.  It's sung by the seiyuu who voices Aka, and it has some strange appeal, as ordinarily hyper opening themes don't catch my interest.  Other than that, not much to talk about; you won't be hunting down the OST, but you won't be turning your speakers down either.CharactersAbove anything else, Rec really shines due to its characters.  Aka stood out as a surprisingly solid female lead, and I could definitely empathize with her on many occasions.  She's one of those characters you just want to reach out hug, as she doesn't seem to deserve any of the pitfalls that come her way.  Her optimism and cheeriness in the face of all her problems is contagious, and serves to brighten your mood as you watch.  Unlike many anime which try to make their romances convincing simply because the girl is physically attractive, Aka has a beautiful personality to compliment her features, and that really makes the romance come alive.Matsumaru shows a substantive amount of growth as the series progresses too.  Initially he's just out for sex, but as he spends time with Aka he begins to develop feelings for her.  Being that I tend to loathe such one-dimensional members of my gender, I was quite enthusiastic that he was given a complex character.  By the end he realizes that Aka isn't just another girl -- she's someone quite dear to him.OverallIf you're a fan of the romance genre, Rec is not a series to be missed.  It doesn't aim to blow your mind away with stunning graphics, rapture your ears with beautiful music, or engulf you in an epic storyline -- its sole focus is merely to tell the heartwarming tale of a budding romance between two people.  This form of simplicity does the series great justice, as it builds a framework of actual love and not just some high school crush.  My suggestion would be to save Rec for a day when you're feeling down; at such a short length, it's easily watched in a couple hours.  By the end I couldn't help but smile, and I'm sure it will do the same to you.

Rec is a thriller movie about zombies that… wait, wrong title. Rec is a short anime series about a voice actress having to stay in the same house as a bland MC. While it seems to be a forgettable mediocrity like so many other romantic comedies, it stands out by doing things differently.It’s an overall low budget series, with nothing eye-popping about it, made in an era when studio SHAFT didn’t try to shove as many head tilts and repetitive Shimbo minimalism as it could. It looks dull, but it’s also what makes you focus on what is going on instead of spacing out because of the pretty colors. It is slice of life, which means there is very little to pay attention to theme-wise, but it also doesn’t resort to fan service so it can distract the horny audience from realizing they are watching absolutely nothing of substance. The females have normal proportions and don’t run around half naked by default. There is unfortunately some ecchi, but it almost feels excused based on the circumstances. It is not a deal breaker and it doesn’t prevent you from having respect for the characters, instead of objectifying them as masturbation material. It’s also short, it has no time to waste, it gets straight to the point, and thus it’s extremely well paced. It doesn’t stretch events so every episode will last 20 minutes, and it ends before it starts to get boring.The premise is about voice acting but it doesn’t really go anywhere. It is showing what it means to be one with the voices changing depending on the role and the mood, but it’s not a theme that gets much exploration. It’s more of an excuse to kickstart the sudden cohabitation of a voice actress with a guy whose love life is going bad. And before you think it’s just going to be another cocktease of constant misunderstandings that never lead anywhere, be informed that the two of them have sex in the very first episode, something doesn’t happen in 99.99% of all anime that are supposed to be romances and are just going in endless circles before ending with nothing resolved.And I am not saying the show is a masterpiece of plot progression either, since not many things are happening, not much is explored, and the ending doesn’t really wrap up everything. It’s just that despite the simplicity and the shortcomings of the nothing ever happens genre, it’s still way better than most of whatever comes out today. It’s not about time resets, trapped in videogames, dark and edgy gorefests, or constant tits and ass. In effect, it’s more real than any of the overhyped bullshit of today that everybody calls realistic when it’s just blatant self-indulgence. It is not very memorable but it’s a fine example of why average beats flashy trainwreck and why once again retro always wins. 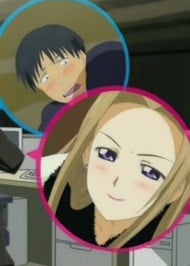 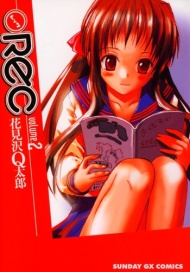