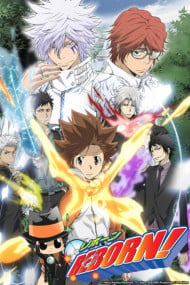 What?! I'm a Tenth-Generation Mafia Boss?!

The End of the School?!

Ayee! A Girl's Feelings are Destructive!

The Experienced Boss Had Love for His Family

The Gyoza Buns of Love and Death!?

Hitman Reborn, aka “The Idiotic Mafia anime”. Not that it’s really about mafia; just like it happens with most shonen, the theme is just flavour. It could be about pirates or ninjas and it wouldn’t make a difference. The premise is the typical “insecure boy grows stronger, makes allies and creates his own empire” with the catch being he didn’t chose it. He doesn’t want to be famous and powerful, his father does, so he can succeed him in his mafia family when he retires. Being forced to do something is an interesting twist, since it gives lots of openings for dealing with psychological pressure, in the likes of Shinji Ikari from Neon Genesis. Unfortunately, Hitman Reborn is not Neon Genesis. Don’t expect anything multi-layered, or well-thought out, since it is mostly a silly action/comedy focused on random gags, slapstick humour, and occasionally some excuse to have teenagers with superpowers fighting each other. Speaking of teenagers, character appeal in this series is awful. The protagonist appears to be Tsuma, but he is just a boring wimp who just has to do stuff for the heck of it. The real protagonists are Reborn, the baby-mafia with a lizard gun, and Lambo, the afro cow-uniform baby. There are others almost as interesting and, yeah, again all of them are babies doing nonsense. Do you believe this is a shonen about babies? And their character designs are shit. People who complain a lot about the way One Piece characters look, they need to check out Hitman Reborn and realise how they are far from the worst.Most of them are defined by a single personality quirk, making them one dimensional at best, and have a running gag which repeats way too much without being smart or funny. Unless your mental age is bellow 8 years old or something, you will not laugh after the second time they reuse the exact same joke. Especially the part where Tsuma is in trouble, Reborn shoots him with a magic bullet, and he gets a convenient power up to save the day. All of which while shredding his clothes because that is supposed to be funny if you are 7 years old. It becomes annoying very fast. Any supposed character development happens in a fatalistic way. What I mean is that there is time travel in this show, where you see how cool and powerful everybody becomes in the future. You know from the very beginning what they will be like at the end of the story. Nobody is trying to learn or mature, they only switch into their future selves, or try to imitate what they know they will become. Tsuma in particular is a spineless wimp, who becomes furious and powerful every time a magic bullet hits him. As soon as the effect wears off, he reverts back into a spineless idiot. That is not character development, it’s freaking bullshit. Thus along with the awful characters comes the awful script. The story is barely there, goes nowhere, and you shouldn’t even care about it. Whatever plot progression they throw at you, it’s slow, generic, filled with dead time, and on top of that it’s incomplete. And it’s not like they don’t overcome challenges or become stronger as time goes by, it’s that it all plays out in a very silly way and outside of some juvenile jokes, there is not pay off. You know they will win because you see their future selves, and the way they win is by magic power ups instead of tactical warfare. They are all lazily convenient and lack excitement. Even if you keep your expectations low, the pacing is dragging to the point of insanity. The first 20 episodes are just introduction of characters with no plot continuity, and around episode 80, half the content is a summary, a preview, completely unrelated gag shorts as an epilogue, and lots of boring filler arcs. They even go as low as showing girls cooking in the middle of a freaking mafia war. Because that’s the only thing girls can do in this show; they cook while the boys do all the fighting. Fate/Stay Kitchen. So, if you want to watch a badly paced shonen about babies with time machines and spineless boys running around naked, be my guest and watch this incomplete garbage. If on the other hand you want to watch an actually good shonen, there is always Hokuto no Ken.

This anime is awesome! At first I disliked it because in the first 20 episodes (or something like this) was stupid and very annoying. But after this, the plot started and the character designs improved.  C'mon, look at how Tsuna looks in the first episode and after see how Tsuna looks like in episode 100 for example.  Honestly, after some episodes I wanted to drop it, but I was thinking that it will become better after few episodes. And I was right! You should watch it! It's AMAZING! If you want to see some scenes, then search on YouTube "Make it rock" and click on the first video, the one with Hyper Mode Tsuna. :D Sorry If my english is bad. 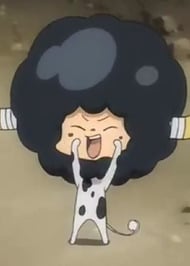 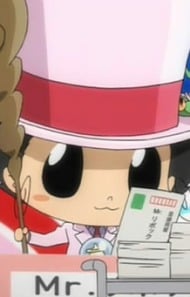 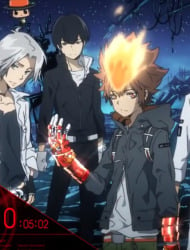 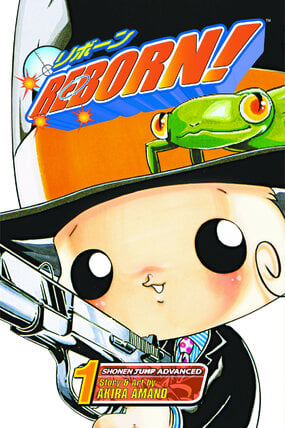 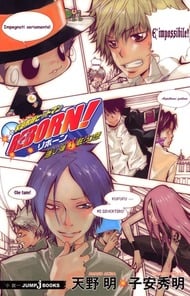 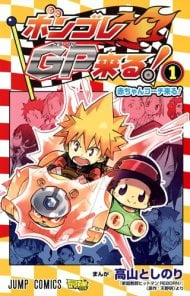