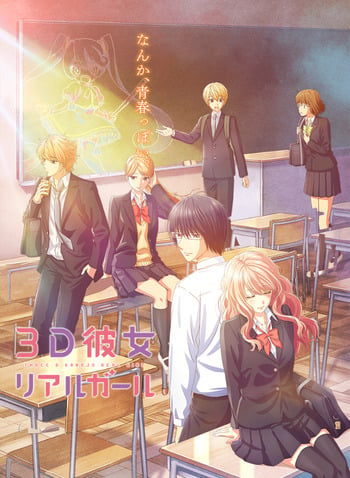 I'v read some reviews about the first season of Real Girl and it actually scared me because I was already watching the second season that moment and I enjoyed it so much.

I can understand why people don't like Real Girl too much, there isn't much action (none in genre base) but I actually liked the characters and kept watching even though it was only a romance anime.

I just wanna say I have 0 regret watching this anime, I already had a feeling what the last episodes could contain.. the shocking part where Iroha Igarashi seemed to have lied about transfering but not about the sickness she had, even though I saw it coming it was really hard for me to watch, it almost made me cry.

My final point is that I love the story and especially the characters, the last 2 episodes made me so happy and made me want to watch even more of this anime (I'm actually sad cuz there wont be a season 3 since it is over (or they might pull something I've never seen in the anime industry)), the sound was the only part that was kinda being a bitch but that might just be the site I was watching it on.

I hope I will see far more anime like these because this was really a beautyful anime.

My most favorite character(s): Iroha Igarashi

I hope people can agree with me review, thank you for watching and reading the anime and my review people!

Bruh this is too good and man i cant- like WOW i got damn personal with the characters and started getting a grudge on Ayado for... well i cant spoil ;)

Ito, Arisa, and Takanashi are def my fav characters and I also love the mc (obviously), Kaoru, and Iroha.

After the first season I was pretty ampted to watch this one. The first season was very good, and as I started to get into the show and characters again I was not disappointed. Without spoiling the ending, it is one of the only anime that truely ends on the happiest note, Almost Golden Time esque. I know for sure if you watch from start to finish, you will love this anime!!!

First Season was OK but then the second season was sooo good!