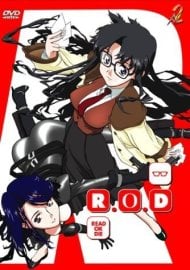 Read or Die is 3 episodes of an action-packed seinen anime about... well... books. Books and action don't go together you might say? Well they do in this anime. Featuring crazy super powers, a top secret agency, a sprinkle of comedy and a slightly complex story that might warrant this to be a seinen anime, it is very unique and possibly niche. Heck the main character has the ability to manipulate paper! But don't let that put you off, give it a go. It certainly won't appeal to everyone, but it sure can be enjoyable. Oh and no kids in this anime. What a breath of fresh air. Animation For a 2001 anime, the animation quality sure is good. It's a bit all over the place, sometimes it runs super smooth and looks gorgeous and other times it looks old and clunky. Judging it by 2001 standards its pretty good though. The style of animation, isn't too unique. I get the feeling there are a lot of anime character that look like the main character here. But it doesn't feel run-of-the-mill when it comes to the action shots. There is arguably no pervy stuff (fanservice), though one character does wear a rather seductive outfit with some jiggling and there is a nipple in the intro. A shame it managed to sneak in. Sound The music is very suitable for an anime like this. I feel like it could be a movie with this soundtrack. Good instrumentals, with orchestra and sometimes feeling a bit jazzy like something out of a spy movie. Not mind-blowingly awesome to make me want to download the soundtrack though, probably just due to my taste in music. This anime is available in English as well as Japanese. The VA for Nancy did the voice for Rei from Neon Genesis Evangelion, Drake's VA also did a side character in that same anime. Crispin Freeman (Togusa from Ghost in the Shell, Kyon from Haruhi Suzumiya and Holland from Eureka Seven, last anime I watched btw) also does a decent English accent for Joseph. Not bad, not bad at all. Characters Yumiko 'Paper' Readman is an agent of Library Special Operations. But the main thing is, she is an obsessive bookworm, to the point where she values books more than her own life. Her room is a mess (books everywhere) and she doesn't take good enough care of herself, her hair is in a mess. And her agent name 'paper' comes from the fact that she can manipulate paper, papykinesis if you will. And the things she can do with it... I'd never thought paper could be so strong and useful. She has trouble with finance, partly because she buys so many books and has taken up a second job as a teacher. A unique take on the bookworm character type and I'm glad it doesn't conform to the trope. Nancy 'The Deep' Makuhari is Yumiko's fellow agent. She has big boobs and is generally a serious character who likes to get things done, though she does provide minor humour now and then. Her nickname actually comes from her ability to move 'deep' through matter and she even jokes that it makes her sound like a pornstar. Not bad for someone who dresses in such a suggestive outfit for missions. Oh and she can literally move through her own clothes, though don't expect any nudity haha! The other characters are fairly minor. Though Drake Anderson seems to be the gruff mercenary dude. The villians seem to be a funny bunch too. Though little is explained about them. Story At first glance this doesn't seem to make much sense. 3 episodes isn't enough for this, it needs more! But an interesting, unique and most importantly, unpredictable plot nonetheless. Books are being stolen by revived inventors and prodigies for reasons unknown and Yumiko has been tasked with solving the problem. Since books are close to her heart and her own books get stolen, there isn't too much issue to her motivation for the mission. The story isn't too complicated though. A decent ending and interesting twists and turns. Conclusion A unique and quirky anime that was overall enjoyable to watch. Short but sweet. Give this a try if you like niche and unique storylines and/or are a fan of seinen anime. Heck, I'd recommend any adult to watch this. Family-friendliness Rating: 5/5 Would be a 2, but that slip of a nipple in the intro (lower is better) Overall Rating: 8/10 (higher is better)

This OVA is an extremely short, face paced story featuring people with extremely unique powers. It features some humor and some seriousness at the same time, while managing an impressive amount of character development for 3 30 minute episodes. Now, if you add that to the obvious James Bond feel that is portrayed from the first OP and add a bunch of evil clones of various geniuses from throughout the centuries, you get this series in a nutshell. If you're looking for a nice, short, mixture of humor, super powers, and action, this is a great series.

I have been looking into this series for some time now because to me, it seem like a fresh idea that’s waiting to be made into an anime OVA (and yes, I know it’s based on their light novels and manga, too.) with it having these super-secret spy/James Bond-type tone as it shows throughout the whole course. This could be one of those anime that has the cool factor going for it, much like Shinichiro Watanabe’s anime (you should know what he directed by now.), but hopefully it’s not just the cool factor that keeps it entertaining. How well I know? Well, let the review begin. Nerdy Yomiko Readman is obsessed with books. As "Agent Paper," she works for a secret branch of the British Library, where her power to telekinetically control paper helps her on missions to retrieve rare manuscripts and protect the world from evil. But all Yomiko really wants to do is read her new book. Unfortunately it has been stolen by the I-gin, clones of historical figures who believe Yomiko's book holds the key to unlocking Beethoven's lost "Death Symphony." Anyone who hears the tune is compelled to commit suicide, and the I-gin intends to broadcast it all over the world. Only Yomiko, along with fellow super agents Drake and Miss Deep, has a chance at stopping them. OK, I’m just going to say this……I had fun with this anime and as much as the plot doesn’t go that deep, but then again, it is a three episode OVA clocking in at 96 minutes. The plot may seem silly and nonsensical to most people, but it isn’t too distant from reality, it’s not like “GAINAX!! OMG!! CRAZY SHIT!!” type of nonsensical; it’s much like a good action film, whose purpose is to entertain us with how unreal it is without being bored and easily distracting itself from its plot. I will say that using paper as weapons more powerful than they appear are a plus in my book, because after seeing that, I imagine somebody challenging someone to a gunfight and someone made a drawing of a gun and then it came in paper form and it did the job of a regular one, but more deadlier. Characters in here are a delight to watch as I really love the main character of Yukiko Readman or “The Paper”, as she is called here to be equally adorable as a nerdy bookworm character and capable of her being in a fight, especially that part, and considering not many of those exist in much anime….at least the ones I watch. There’s also Nancy Mukahari (or Miss Deep, which does sound a porno name…..and yes, even in the OVA, they reference that.), the token bad-ass female character with a shady past and Drake Anderson, the lone male member of the team.  The dynamic budding relationship between Yomiko and Nancy is actually the only thing I see in character development and progression. Some of the other characters like Joker (not the one you’re thinking), Drake, and the other super villains don’t really stay in our heads and some are just unimaginative characters like Joker is stereotypically posh and English and Drake is the no-nonsense American soldier. They are fine characters just nobody I would give a shit about. Studio DEEN’s print is on the animation here and knowing their reputation of shows, the animation is solid for most parts here, as I often see a few hiccups even during the paper manipulating scenes. I wouldn’t count it as vintage, maybe even for it being 11-12 years old since its release in 2001 or ’02. I did like the opening theme and sequence of the show, as I’ve said; it brought out this James Bond / superspy tone that fits perfectly into the OVA. The dub by Manga Entertainment is a fine dub with some good performances with Kimberly Yates, a relatively unknown voice actress, did capture the kindness and bookworm’s attitude of Yukiko. Amanda Winn-Lee, who also directed the dub, was good as Nancy, delivering in the deadpan humor within the character and of course, Crispin Freeman playing the not-so-subtle Joker and you can tell he was hamming it up and having fun in his role. FINAL VERDICT:  You can check it this OVA. It may not go deep within the plot that much but as you watch it, you start to not care that much, that is if you’re enjoying it but if you didn’t, then I shouldn’t recommend it to you. For those you have liked it, the series is available to get, although you might have to pay some high prices and something else to go with it…….but we’ll get to that later. 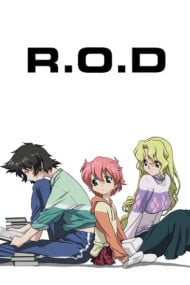 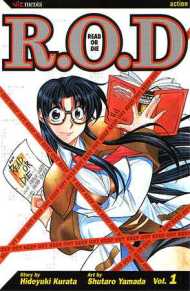 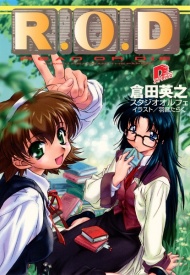 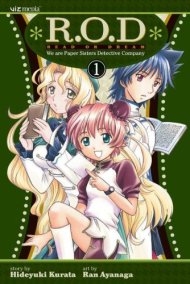