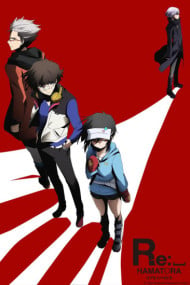 Symphony in the Moonlight

For Whom to Duel

Haiiii~ (づ｡◕‿‿◕｡)づ ♥ This review is a continuation of my Hamatora review, this anime is a sequel to that show, so before checking out Re: Hamatora, make sure to watch Hamatora. Also, this review might contain some minor spoilers for season 1, so if you haven't seen season 1, yet plan to watch it, I wouldn't suggest reading this review. Sooo here we are again, since I said I'll watch season 2, I guess I should write a review as well. Just to start off, I'm very surprised by Re: Hamatora. There are some things I was expecting and some things I didn't expect. Let's start off with the~ STORY So the story is same old. Group of people working as a secret organization. And season 1 ended with a cliffhanger which gets sorted out on ep1-ep2 so don't worry about that.  The story in season 2 is much better than season 1. It has it's depth. It's unusually well developed and explained, which kinda surprised me since Hamatora has been 90% of WHET and 10% of okay I get this. In conclusion. The story is well done and developed, all of the unanswered questions from S1 were answered, however the show ends with new mysteries. So the last 2-3 episodes were a rollercoaster. You might want to pay attention if you want to understand it all. Lots of things happening quickly (doesn't feel rushed though). Even though the ending is pretty much an apsolute end, I still feel like the whole story is unfinished. So basically they could start ab ovo. To end the story section, the last minute of episode 12 should not exist. I deny it's existance. It's stupid. People die when they're killed. Therefore 7/10 ANIMATION Hmm. So what I have to say about animation. Honestly, it's better than in season 1 (different studio). The animation is good, BUT it's missing some of the aspects that original Hamatora had. Such as the animation style when they activate their powers (I noted this on my first review). They completely changed it, and I liked the old trippy minimum animation better. However people are drawn better, environment is better, motion was better in season 1 though. For some reason the animation is better in last 6 episode than in first 6. Don't know if it's just me, but last episodes seem much more well done. So yeah I'm gonna give it an 8/10. Some things are better, some things are worse.   SOUND I have nothing against the sound. Music is... there. Voice acting is alright. Sound effects are good.  I have nothing against it, yet it's nothing special. 8/10   CHARACTERS Here we go. So to be completely honest, if there wasn't a season 2, most of the characters would be pointless. There are plenty of backstories and secondary characters are involved more. Which is good. I love Hajime, she's my favorite. Murasaki still annoys me (I still like his character design though). Art suddenly became a weirdo, it all makes sense but I still hate him and his actions. Honey and Three are even more likeable now. That cafe owner doesn't blend coffee for 12 episodes, which is a progress. There's many backstories, and THAT was necessary. There are many new characters I like. Ishigami is my favorite out of new ones. He reminds me of a friend of mine. He's kind of a Hitler 2.0 but yeah. Then there's that guy who looks like an accident and twitches through the whole show. Bit weird. But yeah.... There's something that's missing. It would be perfect if a new member joined their organization. On ep1 there was this guy who could manipulate light, and I was SURE he's a new member but in the end he's just a side character. So yeah, bit disappointed. There's improvement and I like that. 6/10   OVERALL If you take these 24 episodes in total, Hamatora + Re: Hamatora aren't bad. It has a moderate/semi-interesting story, lots of twists and rollercoasting in season 2. A well done animation + sound. And likeable characters that unfortunately lack depth (some, f.e. wtf is Koneko...) In conclusion, I don't regret watching this show (both season 1 & 2). It's entertaining and a decent time killer. It's one of those shows that don't really stand out, but are pretty fun to watch. I liked Re: Hamatora more than Hamatora.   Phew. And that's it! This time I tried to be more focused and less -takatakaimwritingareviewherpderp- kind of... you know. People who read more than 2 of my reviews probably know haha. Anyways, thanks for reading my review. I had fun watching this show in kind of a short time (I usually take my time) Rate if you found this review helpful, funny, or just like it. I have more anime reviews so check them out if you want! Thanks and have a nice day ^^

This review is for both Hamatora and Re: Hamatora. Hamatora... Hmm... I didn't really like it. Subpar storyline, and very slapstick comedy that wasn't, in my opinion, that funny. Even after watching both seasons, I can't tell if it is supposed to be a comedy or supposed to be a serious anime, because it is seriously just a convoluted mess of both. The comedy was not that great. It wasn't that funny and became more annoying at some parts. I honestly didn't laugh at most of the jokes that they tried to pull, because they were just lame or mostly the run of the mill jokes that aren't even that funny. I'm no expert of comedy, but that is how I feel about the story. I thought the detective, investigation etc, part of the story could be its saving grace. I am a fan of detective stories, having grown up reading Case Closed, or Kindaichi Case Files, afterall. But, I was wrong. The villains really had no solid motive to do what they wanted to do. To me, they look like deluded morons, who are lost in their own ideals. Moral is just basically a mad scientist, who was pretty much lost in his own idea of who is on top and who is at the bottom. Freemum is just basically a bunch of kids trying to be special snowflakes, by refusing to abide with the law or pay the consequences. The reprecusions of being a registered minimum holder wasn't clear. So really, apart from the crazy, extremist Doktor, is there really a valid reason why they didn't want to be a registered minimum holder in the first place? And Art, what? Yeah, I get it, he wants to clear the world of minimums in revenge for his brother. Generally, the story just fell short of my expectations.  Animation and music was great though. I liked the color choices they made. The whole anime feel a little psychedelic, but it sets it apart from other anime. Character designs were pretty cool too. Character development was okay. 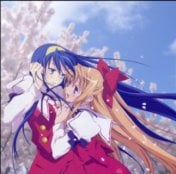 what happens when your pit happy go lucky "all ages"(one-piece-esque become friends after a fistfight) against dark 18+ villains... the heroes get trashed furiously, which is frustrating and boring to watch. the three things more frustrating than these are constant "just as planned" scenes, a random nonsensical "full" comedy episode, and fixing bad script by adding a foreign nonsense element.    for instance:  villain uses nuke, hero convient has an anti-nuke (whatever that is) in the end i still have no clue what they where thinking or looking for when they wrote this story. 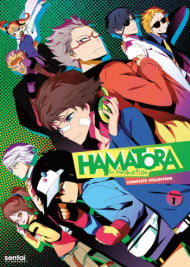 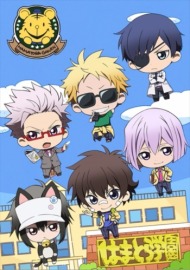 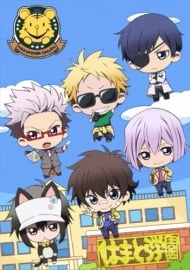 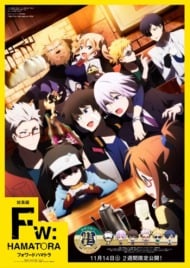