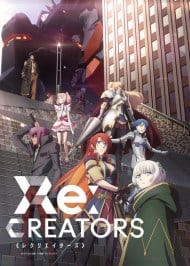 People have created many stories. Joy, sadness, anger, deep emotion. Stories stir up emotion and captivate. However, those emotions are nothing more than the feelings of a spectator. What if the characters in the stories had their own will. In their eyes, are we, the creators of the stories, like gods? Revolution for our world. Punishment for the land of the gods. Re:CREATORS. Everyone becomes a Creator.

Re:creators used to be the highest rated and most hyped series of the season it aired in, after the obvious three 99% of viewers were watching (Attack on Titan s2, My Hero Academia s2, Boruto). Gradually, the interest in the series kept dropping to the point more people were talking about garbage tier light novel adaptations (Akashic Records, Eromanga Sensei) which were nowhere near the catchy premise of Re:creators. This is extra strange when said premise is basically Fate/Stay Night all over again. No, seriously, they are the exact same story. A bunch of famous personalities, each one using superpowers, are brought into modern Japan, where they are having a battle royale, with the winner getting a reality warping wish. Most of the plot is short skirmishes, followed by ridiculously long monologues where they are infodumping rules, discuss philosophies, and have cockteasing moments regarding a bland self insert lead being surrounded by pretty chicks. On paper, Re:creators should have been regarded as a thought provoking masterpiece, just like that porn game adaptation. And yet it wasn’t. In fact, it was being mocked for being exactly that. What happened? The answer is, Re:creators was not tapping into as many layers of pandering as Fate/Stay Night did. It followed the same formula, but didn’t have the same ingredients. And by ingredients, I mean: 1) The pretty colors Studio Troyca was nowhere near the level of Ufotable. Without jaw dropping animation, the sakuga audience didn’t care about it, and thus found reasons not to like it. Meaning, Re:creators didn’t have the illusion of making itself seem way better than what it actually was. 2) The source material It didn’t have one. Unlike Type Moon which had a huge fanbase of porn gamers overhyping its bullshit for over a decade, Re:creators was an original work. Nobody was blowing out of proportion what it was all about, it had no fanatic fanbase attacking anyone who dares to speak against it, and thus it was open to all forms of criticism. As it should be the case for any title. 3) The archetypes The fighters of Re:creators were essentially representations of typical heroes and villains from well known genres. This made them monolithic, dry, predictable, and one dimensional. The heroic spirits of Fate/Stay Night were based on historical figures, which were giving off the illusion of being multilayered and with a rich backdrop story, even if we didn’t see it and it was all implied. Meaning, the fan fiction nerds didn’t care about the cast of Re:creators, because they were just bland archetypes. In Fate/Stay Night, when they were hearing characters talking about ideologies and philosophy, their imagination was having an orgasm by seeing people across history coming together to have a fight with cool superpowers. In Re:creators, when characters talked about ideologies and philosophy, they just saw a typical magical girl talking to a typical medieval knight. 4) The competition It came out at the worst possible moment, since the other 3 shows 99% of anime fans were watching, already had everything Re:creators failed to tap into. Pretty colors, a fanbase from the source material, and characters who did not feel like bland archetypes, because of how they were fleshed out from previous seasons. 5) The pacing and the infodumps The above reasons explain why Re:creators fell from grace, in comparison to other shows of that time. They don’t explain why as a stand-alone show it was still not a very good watch despite sounding really amazing at first; so lets clarify that as well. Most of the duration was comprised of really long and boring monologues about the concept of the show, instead of its execution. The audience was constantly being told what was going on instead of being allowed to see it. The characters were mostly sitting on a table and talking about what they will do, instead of doing something about it. It was a really big chore to get through the constant talking, and the pacing was snail-slow.The final episodes were filled with the battle royale action we were promised, but even then it came down to everyone versus one, instead of an actual “all for themselves” type of deal. It was hollow and insignificant, since nobody was actually dying but was rather returning to his fictional world. There was nothing really at stake and all the blame was thrown at the person who initiated the whole fuss. Nothing was grey or thought-provoking as it seemed to be at first, since it demonized an individual and deified everybody else, thus losing the grey morality it was going for. So yeah, it’s not nearly as good as it sounds and it makes sense why it was quickly dropped by most. Its concept was interesting, but the execution came down to a dull line of endless monologues and tensionless battles.

FIRST IMPRESSION REVIEW!  (Minor Spoilers: Updated as of 5-27-2017) Now HERE is an interesting idea!  "Person in a strange world" style anime, but the strange world is ours!  Talk about a fun twist!  NOTE: This review is of the eight episodes that have been released as of the 27th of May. As far as first impressions go, this one was all around amazing!  The first episode kicks off the show with superb pacing!  (I just wrote a review earlier for a show with terrible pacing, so this is a welcome change!).  The characters are believable, are introduced well, and the action is very well animated!  UPDATE: By episode 8, all the main characters (the Created) have been introduced.  It is clear that there are darker intentions at work in bringing them to our world.  But what are they? Story: Conflict and mystery, filled with character development.  The plot of this anime will leave you begging for more at the end of each episode. Animation: Very well done.  The fight scenes are superb.  While it can seem a bit odd on occasion for what essentially amounts to numorous styles meeting in the same world, this show does a spactacular job of messing them together. Sound: I have already decided that I'm buying the soundtrack when it comes out.  Need I say more? Characters: Okay, let me just say that I NEVER thought I'd find myself rooting for the freakin' magical girl!  I mean, SERIOUSLY!?!?  Usually I see a magical girl anime and often find myself cringing throughtout the whole show, with a few exceptions.  But I've never encountered a magical girl from any show that I ended up cheering for!  These characters are amazing.  They all mesh and clash naturally.  Their ideals are different in so many ways, and it's facinating watching them interact with each other. All in all, I am definately continuing this show! Update: 12/6/2017 I'm now up to episode 16 (Was on hiatus due to work: better late than never!), and I am still enjoying this immensly.  I will say that episode 16 was slightly annoying to me: I have made it vocal in previous reviews that I greatly dislike the use of fanservice in anime, and episode 16 was full of it.  On the other hand, it was also played for laughs by poking the fourth wall, which was hilarious. On the subject of the fourth wall, I find it very ammusing how often they poke it.  There is one episode where it seriously feels like the writers themselves (the shows ACTUAL writers, not the creators), are talking directly to the audience.  Even the animators have fun poking the fourth wall to complain how terrible their job is when it comes to Altair's hair. On that note, there is a recap episode (Episode 13).  Do not skip it. I mean it, do not skip it.  Asides from some fanservice (which was actually hilarious, for once), I found nothing wrong with it.  It is beautifly done, and funny as can be.  Might be the best recap I've ever seen. As of the end of episode 16, the final battle is about to begin.  I'll update this again once I've finished it, and possibly write a second, condensed version of this review.

To sum this anime up its a Death Parade (not trying to advertise other anime)  Broken character that needs a nerf 2017 ^ Well for this year the theme was "another world" not going to address any anime cause I will get a ban for advertising, but ay you know what animes I'm talking about, while those animes got released Re: Creators came out and it was the opposite of "another world genre". This time the anime characters come into our world and does what anime characters do. Basically its Bakuman with some really good action anime. Story - Um its all good but the ending was a bit ... meh Animation - every animation is good when waifus are drawn perfectly every slide. Sound -SawanoHiroyuki[nZk] has done it again  Characters - This anime is all about the characters  Um basically it's a great fresh anime, in my opinion, everything is fresh except for the title but at the end, it explains why it has that title and now that I think about it "everything was original". AND BY THE FUCKING WAY ALTER IS TOO FUCKING OP, LEGIT EVEN ONE PUNCH MAN CANT BEAT IT (RECKON IT NEEDS A NERF)   BTW Best guy character 2017 ^ 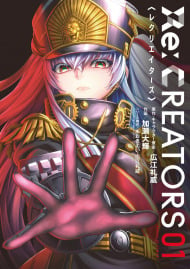 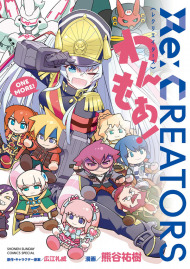