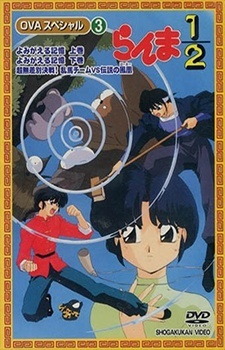 My guess is this would be the 2 episodes from the OVA listed as seven and eight. This two-part story deviates from the comic form of the rest of the anime/manga and takes a more serious aprroach to the storyline.

In my opinion, it was a case of ignoring the "If it ain't broke, don't fix it" rule, as although the story was still weatchable in it's own right, it just lacks the whole "Ranma" ethic. Maybe it's just me, but I can't help but wonder if Rumiko was just as dissapointed as I was with where the writers went with this :/