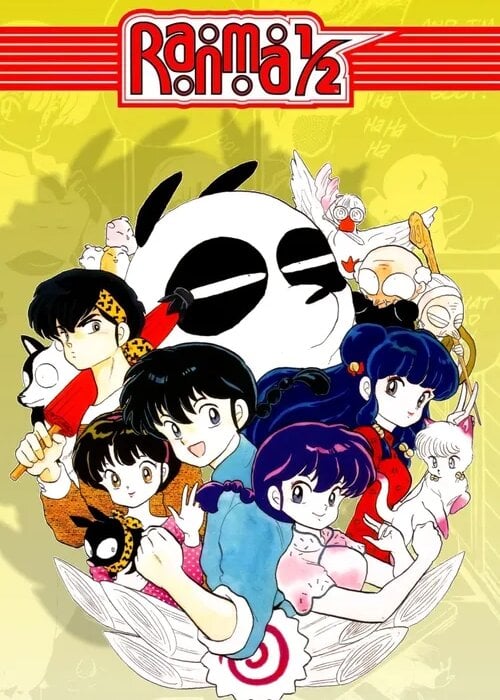 Ichijou Mashiro seems to have it all - he's popular, good looking and attends a prestigious prep school. But Mashiro has a secret - he's neither male nor female. So far, Mashiro's been able to live his life as a boy, but all this changes when he's informed of a new class he must take in order to graduate. Mashiro is told to find the Key to graduate, and the only way to do so is to enter a nightmarish world with several other anonymous students in a twisted group therapy session. These terrifying after school classes will challenge Mashiro's notions of friend and foe as his body and soul are put at the mercy of the worst kind of enemies: his classmates!

Both are gender bender.after school nightmare is only in manga form, while Ranma 1/2 is in anime and manga form.Both have more than 1 love interest, and plenty of romantic scenes. If you liked one u will like the other one too.

Yasuke, 15 years old, is about to build up the courage to confess his love to his childhood friend Akari, who’s fallen for him, too. There’s just one problem: Yasuke’s family lives in a Japanese shrine, and when he breaks the shrine’s sacred mirror, it triggers a curse, releasing the cute and well-endowed goddess of misfortune, Orihime, into the real world! Now Yasuke can’t ever be out of Orihime’s sight—if he gets too far away, he dies, and can only be brought back to life with a quick kiss from Orihime!

Married off to a man more than twenty years her senior, Koyuki has no idea what her new life has in store for her. She's so in the dark, in fact, that she hasn't even seen her husband's face! But Koyuki isn't alone in fumbling through the intricacies of wedded bliss. Mask-donning Shin might have many years on his young wife, but as it turns out, he's just as naïve as she is! Will this pair of innocents ever get past their awkwardness (and the age gap)?!

Our main character has a meddlesome personality, his father is a butler and whose mother is a maid. One day he meets a rich young lady who cannot even change her own clothes, let alone know what do in the outside world.

Maeda Hachibei is unlike most guys, who lust after gorgeous girls. This pervert lusts after their discrete parts, instead. When he moves to Tokyo to attend school, he finds himself living in a dormitory with five girls, each of which possesses one of the ideal physical features he desires: gorgeous blue eyes, bullet-train breasts, a deep dulcet voice, straight “anime-esque” legs, or a waistline shaped like fine Japanese pottery. How can he manage to keep his wits when surrounded by these women?

A party of 4 heroes defeat the Demon King, however with his last bit of power he separates and gives each of them an unusual curse to make them suffer for the rest of their lives

Mizuki gets confessed to by a boy in front of a special Mirror. Legend has it, that if you confess to someone you like in front of that mirror your wish comes true! There is a slight Problem in this Equation: Mizuki is just a very feminine looking boy. Also it seems that he caught the Attention of the Norse Trickster God Loki while glancing into the Mirror. Loki decides out of boredom to mess with Mizuki and turns him into a real Girl.

The many different stories between two lovers -- a normal young man and a outgoing, passionate friend-come-lover.